Young Libyans fight to choose their own educational path, free from prejudice

“How come you study history, when you’re so smart?” In Libya, everything but the natural sciences is frowned upon, creating an imbalance in society and pressuring many young Libyans into choosing a path not in their interest.

Like in most Arab countries, Libya’s young people are being pressured by parents and society to study natural science educations, regardless of their actual interests. The consequence of this cultural tendency is that it has created an imbalance in society, as the majority of people choose to study natural sciences, and few are left to develop the social, artistic, legal and political aspect of this country.

Before we go further with the article, the following classification of specialties must be clarified.

At the University of Tripoli, everything not natural science is categorised under Literary Studies. The specialties in the Literary Department are as following: Islamic studies, Tourism studies, History, Psychology, Political studies, Social studies, Languages, Philosophy, Fine Arts, Law, Geography and finally Library Studies.

So as a Libyan student, you’re labelled either “أدبي” (“Adabi”: litterary) or “علمي” (“‘Elmi”: natural science). 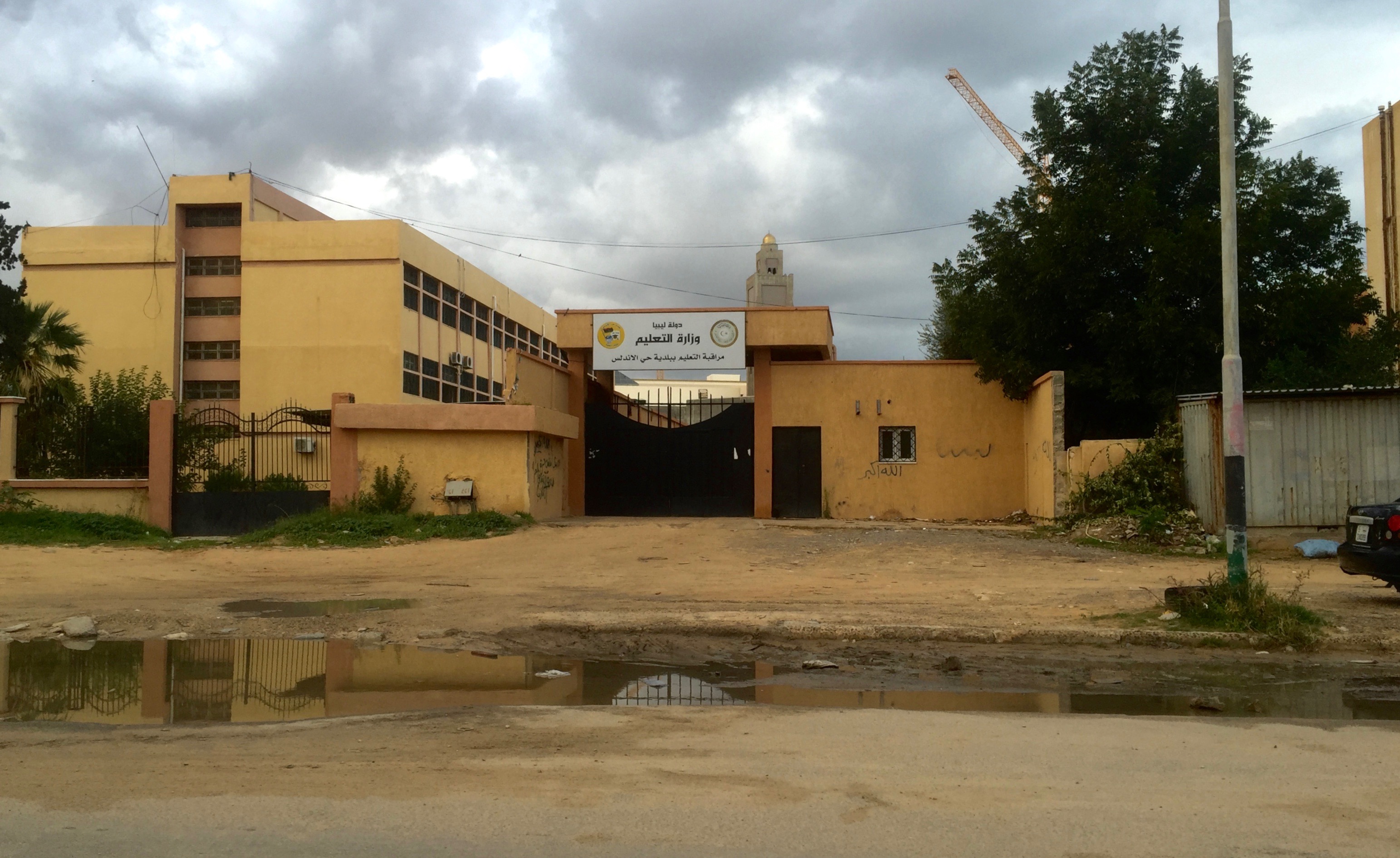 “How come you study history, when you’re so smart?”

Many young Libyans are pressured by parents or society to study natural sciences, even if it’s not what they wish to study. The parental pressure is not necessarily harmfully intended, but rooted in what the parents believe would be best for their children. Either because they are aware of and worried about the limited job positions in the literary field, or because they know very well about the society’s negative perception of the field and don’t want their children to be affected by it.

Either way, it’s happening, and it’s frustrating many young Libyans.

The society’s view is that you’re smart when studying natural science, but less intelligent if you’re studying history, social studies, languages, etc. So, literary students are often met with phrases like, “How come you study history, when you’re so smart? You could be studying medicine or engineering?”

The reason behind the ridiculing of literary specialties

As part of this article, 40 people were interviewed. They were asked about what they think is the reason to this cultural mockery of studying literary specialties. Several of the respondents have even experienced these incidents and shared their personal experiences.

They were all asked the following question:

“Why do you think that society has a negative perception of “Adabi” specialties? 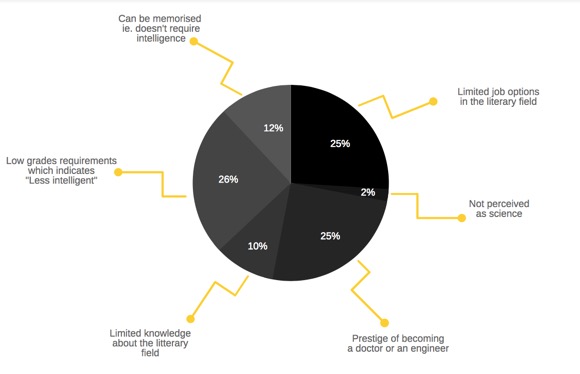 • 26% replied that the grade requirements of the literary specialties are low, and that low requirements indicate “less intelligence”.

One of them was Hoona Obaidy who told about her cousin’s experience: “(…) A few days ago, my young cousin called me and said she wanted to study “Adabi”, but society sees that people who study Adabi are stupid. She was very sad, and I kept encouraging and telling her that she would find success in whatever she’s passionate about.”

• 25% replied that it was because of limited job options in the literary field.

Respondee Zainab Nail, for example, experienced resistance from friends and family due to this: “I wanted to study art, but my mother forbade me. In her opinion, I’d have no future in arts. My grandfather supported me, but his support wasn’t enough. I tried several educations that I didn’t like. At the end, I decided to study architecture which was a bit close to art. The worst feeling is studying something you don’t like. I’ve tried it and it’s horrible”, Nail said.

In Libya, job options are naturally better in the field of natural science, as the there’s a large focus on them in the country.

• 25% believe there’s a cultural tendency with parents showing off their children as the “best” and therefore pressure their kids to either become doctors or engineers.

“In my opinion, the main reasons of forcing the students to a particular specialty, especially medicine and engineering, is that families here like to imitate each other. They would tell their daughter or son, ‘look, that family’s daughter studies engineering, that family’s son studies medicine’. And their motivation behind pressuring their kids is the act of showing off,” respondee Atika Mohammed explained.

• 12% replied that literary specialties can be “memorised”, whereas natural science specialties cannot be passed by memorising, it has to be understood – and to understand, you have to be smart.

“I told my brother to study natural science, because he is not good at memorising, and Adabi requires memorisation. To pass your exams, you have to memorise, that’s it,” respondee Aya Ahmed stated.

• 10% believe there’s limited knowledge about the different literary specialties in schools and amongst parents.

“I myself study medicine, and to be honest, I don’t know much about the Adabi field. They never told us much about it in high school and our teachers always encouraged us to get high grades so we could get in to the natural science field. I think the reason people don’t choose Adabi is because Elmi is all we know,” respondees Tasnim Zeglam pointed out,

• 2% believe it’s because the word “أدبي” [“Adabi”: litterary] is not comprehended as science, and that it would have a different effect on people if it was exchanged with a name with the word “science” in it, like social science or human science.

Literary studies are for the “less intelligent”

In the 1980s, when choosing a bachelor specialty, students had three priorities. If they didn’t have the grades to get admitted to one of the three priorities they would be randomly placed in a specialty they might not even be interested in.

Through the interviews with the 40 young Libyans, it was explained that the educations that had low grade requirements were most often the literary educations. When someone got randomly placed in those fields, they were typically perceived as less intelligent, because if they were intelligent, they would’ve been accepted in one of their first three priorities. If you, however, chose to study a literary subject, it’s probably because you either didn’t like studying, or because that’s about as smart as you can get.

Today, more and more young Libyans are choosing to follow their passion. One of them is Omar Alazzabi.

Omar started off studying medicine at Tripoli University for two years, but in December 2016, he decided to change his path.

“In those two years I didn’t really feel like I was myself. I liked the idea of saving lives, but every time I entered an exam I would feel demotivated … It was a big decision to make, so I talked with my friends about it. I used to just go to the university and just sit there, not knowing what to do.”

When I asked Omar why it was such a big decision to make when he clearly didn’t enjoy studying medicine, he replied, “Well, in Libya, Medicine is one of the top specialties next to engineering. For me to study something else means I’m a failure in the eyes of society.” 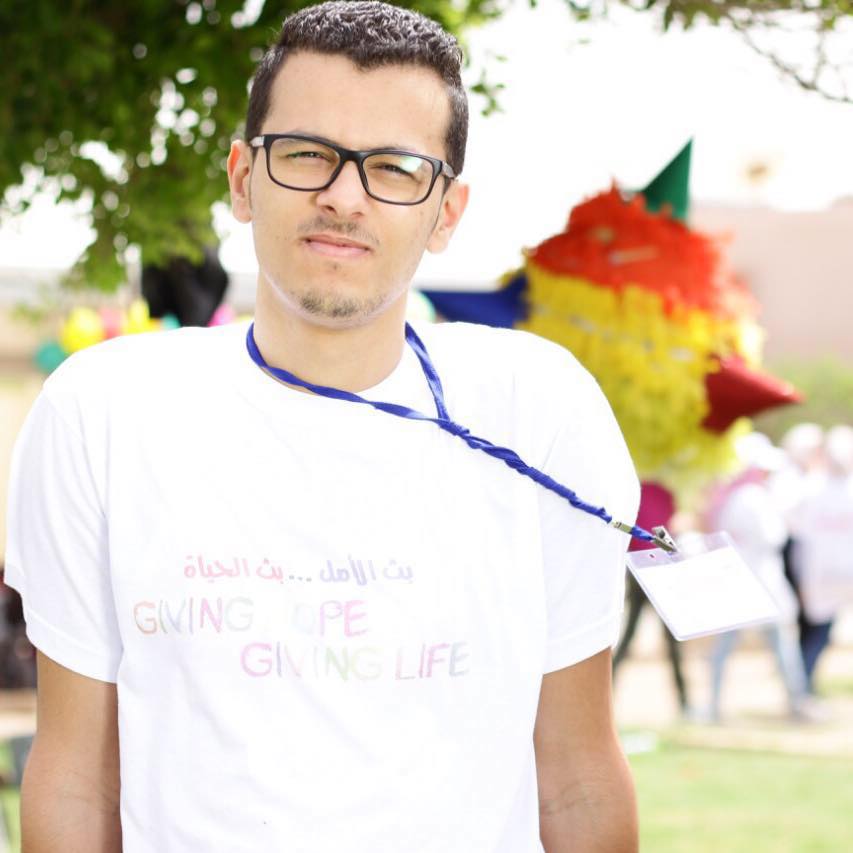 After a lot of consideration, Omar finally chose to follow his heart and study Business Administration, which itself is a cause for degradation: “Business students here are perceived as losers. Business school is called ‘last solution’ – so, if you failed or didn’t get accepted to other universities or colleges, business school is your last solution,” he says while laughing.

Omar received mixed reactions from his circle: “My close family and friends were supportive, thank God. But my extended family and other friends perceived me as a loser or a failure. Especially because I switched to Business. To go from Medicine to Business is a big downgrade. They didn’t understand.”

Along with social pressure, he also faced technical complications at Tripoli University.

“I faced problems when I withdrew my folder from the medicine division. There’s a rule in Tripoli University that if you withdraw your folder, you can’t apply again. Thankfully, there’s Business in other colleges.”

I asked Omar if he knew about others who had gone through something similar: “Back in 2014, we started as 3,000 students in medicine school. I don’t have an exact number on how many are left now, but a lot of people from my year dropped out of medicine, and due to the complicated rules of Tripoli University, many of them didn’t continue their education, and they ended up working in retail and cafés.”

“They are now perceived as failures, whereas they might have had potential in so much else”.

The Dwarfs of East Agouza

Video interview with the experimental Egyptian freejazz and noise band.