Explore the remainings of Roman architecture in the capital of Libya

Ever heard of Marcus Aurelius? Take a walk in the heart of Tripoli, Libya with The Turban Times writer Sara Khalil as she takes you on an exclusive photo tour.

In the heart of Tripoli lies an ancient piece of Roman monument – the Triumphal Arch.

This monument is surrounded by restaurants that gives tourists the opportunity to experience the beautiful view of ancient Roman architecture, the palms and the pleasing view of the ocean whilst enjoying a bite.

The arch has been a beautiful tourist attraction up until 2014, when the International Airport of Tripoli was destroyed.

Since then, the rate of tourists has dropped.

I often drive past the arch, and I kept noticing how deserted it looked. The restaurants as well. So I thought to myself – why not bring the Roman art in Libya to the world?

These ruins give you a smell of history and walking through them takes you on a journey to the past. You can walk right up and touch the ancient Roman monument. No ropes or restrictions to keep you away which makes the experience even more thrilling.

History of the arch

The Arch of Marcus Aurelius was built by the Gaius Calpurnius Celsus, the magistrate of the city Oea (now called Tripoli).

The arch was built right after the Roman-Parthian war of 161-166 to honour the victories of Lucius Verus, the adoptive brother and co-emperor of the Roman emperor Marcus Aurelius over the Parthians.

Back then, the arch was located where two main roads intersect in the city Oea. It consists of four large openings.

Although there are pieces that have fallen through the centuries, the arch has held itself through time. After the Italian conquest in Libya in the beginning of the 1900’s, the arch was restored, and the Italian architect Florestano Di Fausto designed and redecorated the area around the arch. 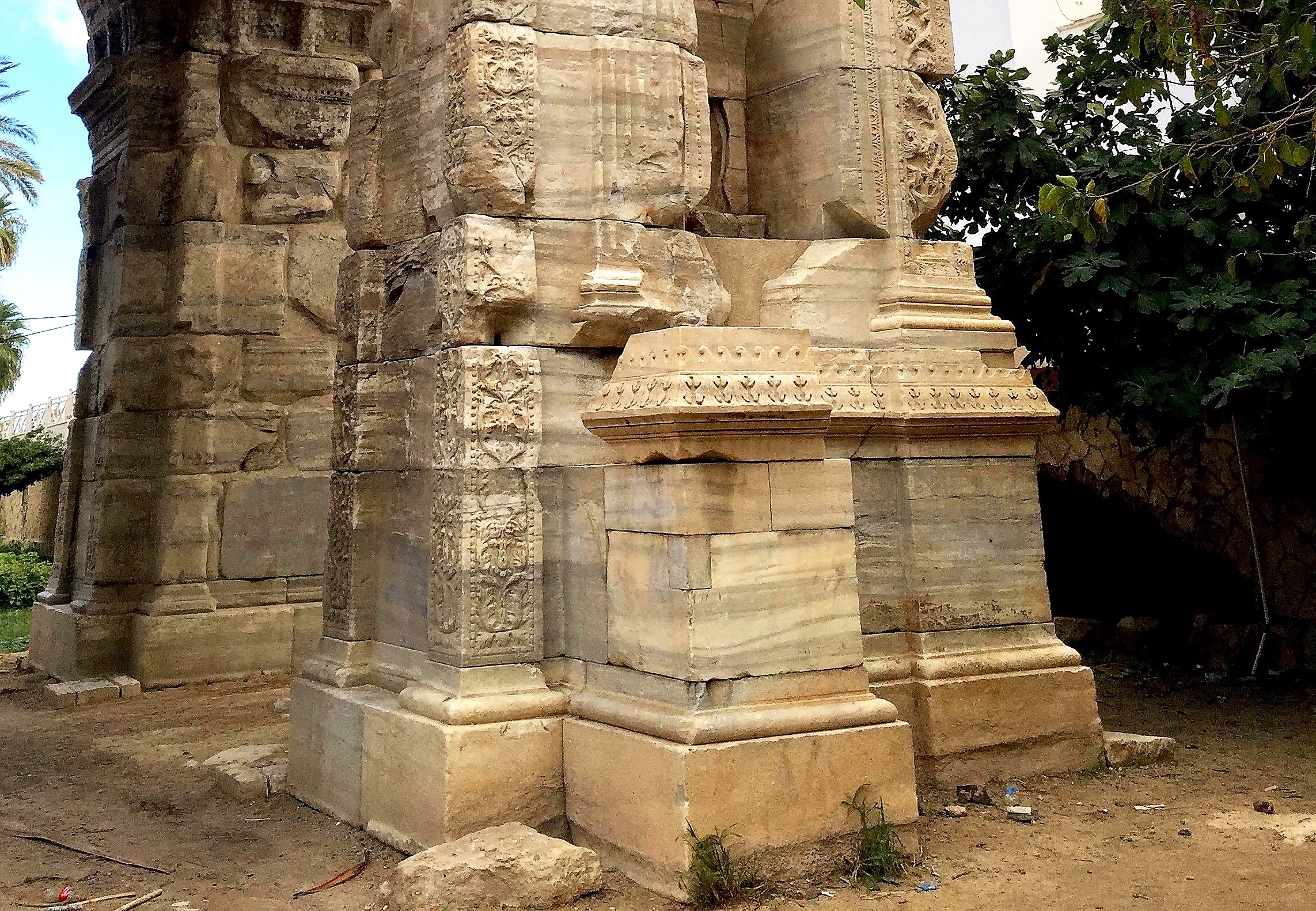 There used to be two statues, one of emperor Marcus Aurelius and one of Lucius Verus on the pillars as shown on the picture above. With time, they have been lost.

On the pillars, Roman Etruscan Ornament is engraved. As you can see below, a big part of the ornament has worn out over time. In the remaining ornaments, emperor Marcus praised Lucius Verus. 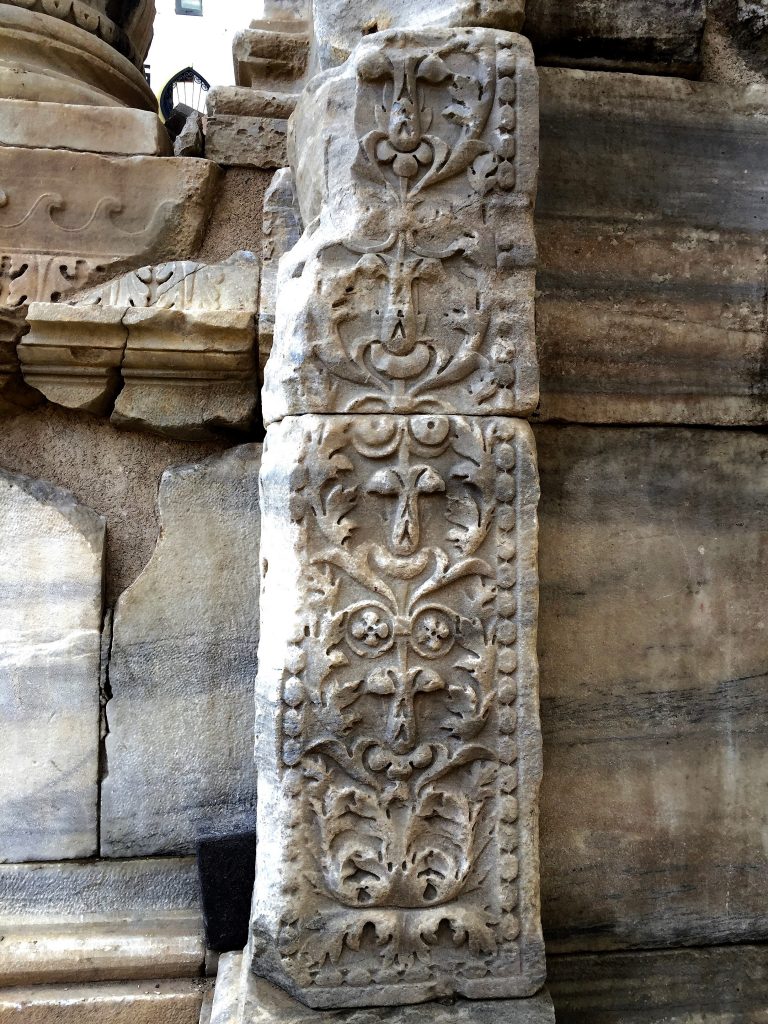 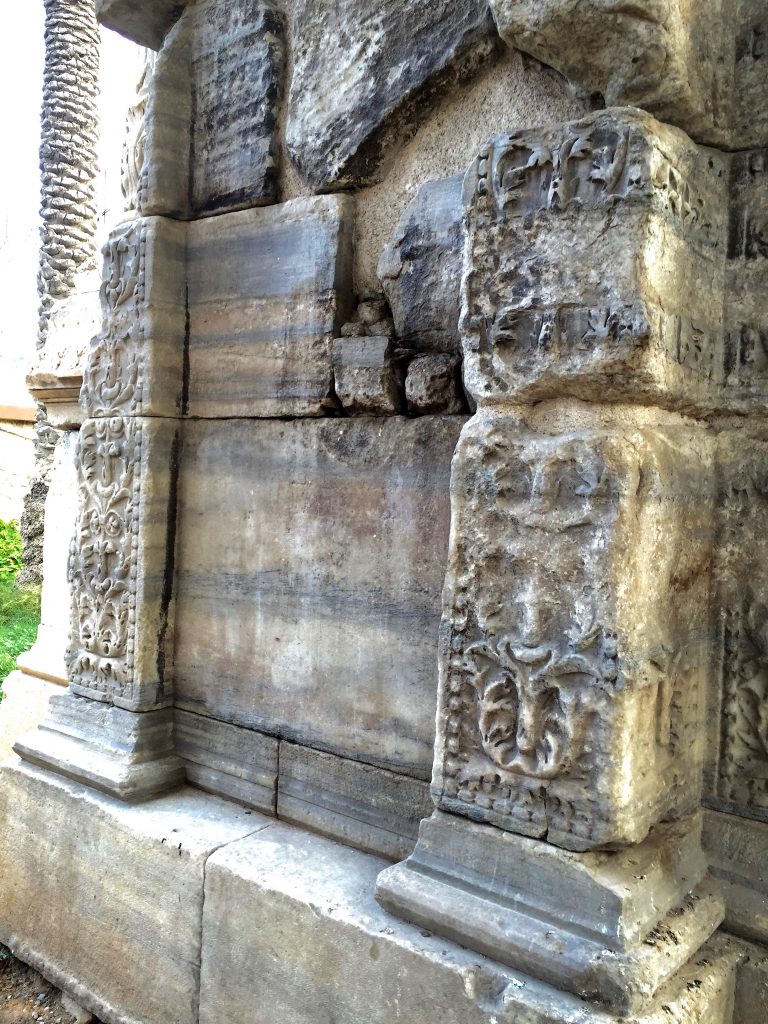 In the center of the triumph arch, there used to be ornaments as well. Now, there are only traces of them. The pieces that fall off, get saved and put aside, as part of the ruins.

You now walk through them as part of the experience. 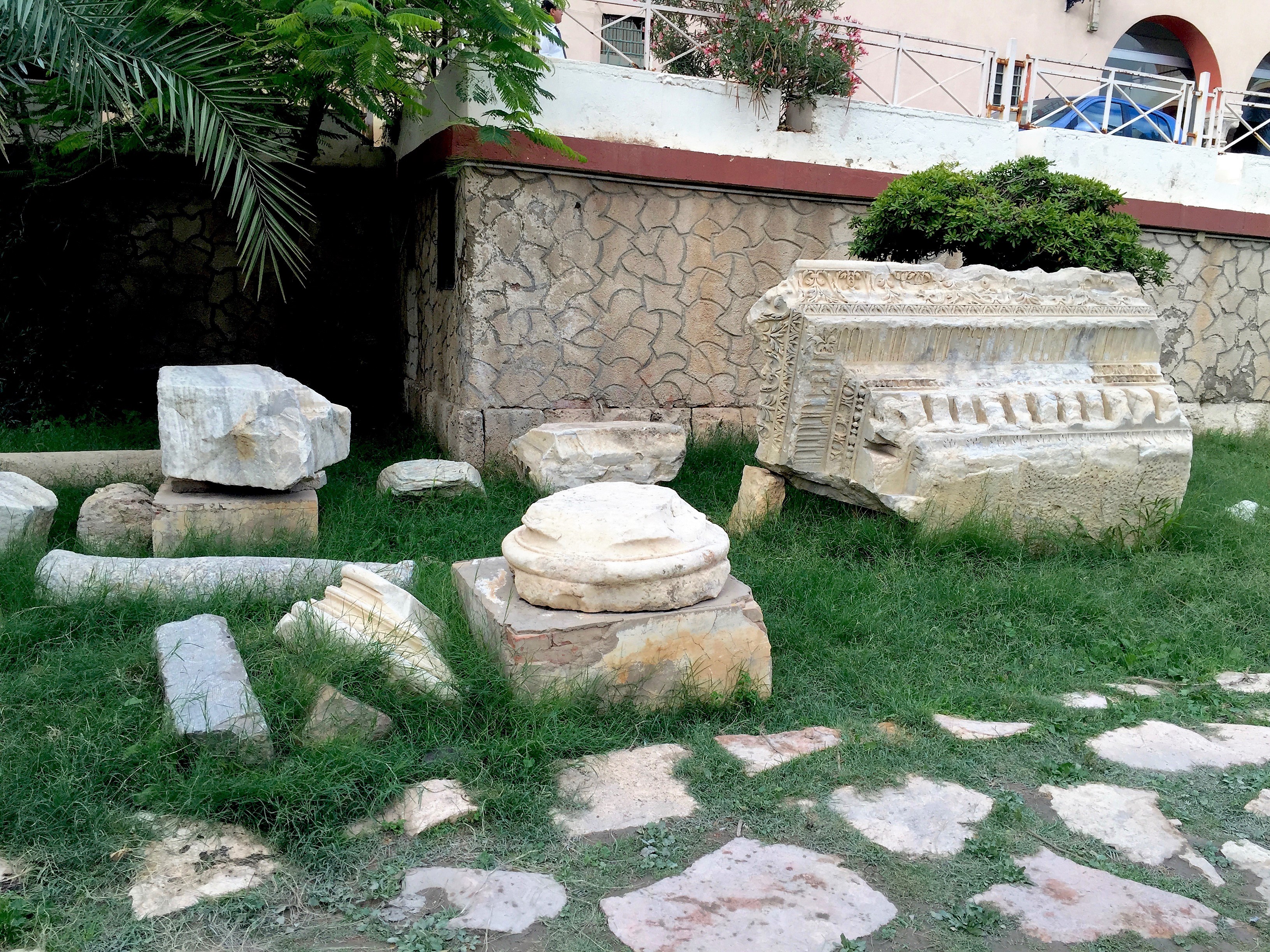 Marcus Aurelius was known for his thoughtful nature and reasonable ruling.

In his time as an emperor, he wrote meditations with no intention of publishing. These meditations are now left to inspire people around the world.

I will end my tour with a quote by Aurelius, which portrays those deserted ruins:

“Anything in any way beautiful derives its beauty from itself and asks nothing beyond itself. Praise is no part of it, for nothing is made worse or better by praise.”

18 days in the wilderness: A refugee’s escape from Europe

The story of Maher is the tale of one Syrian refugee's reverse escape.