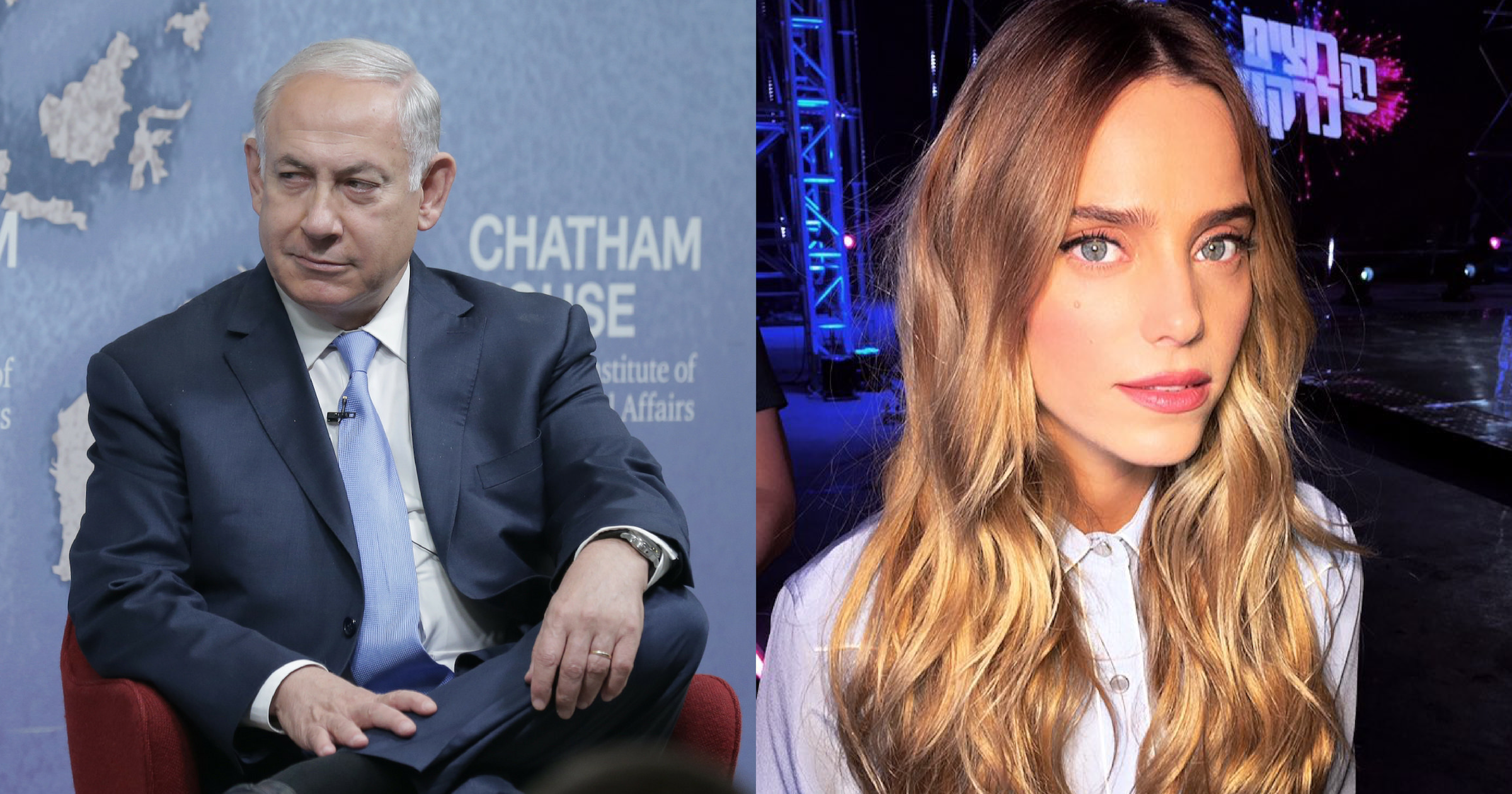 Netanyahu is the real face of Israel, and what he said about the citizenship and nation-state issues is essentially correct.

This story is dominating the news cycle these days: Israeli celebrity (host-actress-model) Rotem Sela has responded to Likud election race-baiting by claiming on Instagram that Israel is a “state of all its citizens”. Netanyahu responded (on Facebook, but also in Cabinet), saying that it isn’t – that while it has Jewish and non-Jewish citizens, it is the nation-state of the Jewish people and its alone.

The debate has been ongoing, and President Reuven Rivlin has weighed in as well. Although not slamming Netanyahu by name, he said:

“I refuse to believe that there are parties that have given up on the idea that Israel is a Jewish democratic state, a democratic and Jewish state in the same phrase”.

Anti-Defamation League were worried in exactly the same way – that is, Israel’s image is suffering.

But in all of this discussion, the question of who was essentially right and essentially wrong in this debate was internationally and institutionally missing. You would expect that Haaretz, for example, in their editorial, would at least weigh in on the question of whether Israel is, or isn’t, a state of all its citizens. But they didn’t. The Guardian? Nope. BBC? Nope. CBS? Nope.

A welcome aberration is The Independent, where Ben White’s superb analysis notes:

“Just last year a draft law by legislators representing Palestinian citizens was disqualified from even being debated in the Knesset plenum. Why? In calling for Israel to be a state of all its citizens, as opposed to “the state of the Jewish people”, the bill violated parliamentary regulations”.

Let’s face it – most of the mainstream media doesn’t want to touch the raw nerve of this core matter. Because Netanyahu is basically right, and Sela is basically wrong, and all this touches upon Zionism and Israel as it factually is and has been since its inception. They would rather have this unfold as the fairy-tale that Rotem Sela portrays it as, rather than the living nightmare that Netanyahu describes (which for him, as a Zionist-Jewish-supremacist in the Jewish State, is fine).

And this is a big problem. Because this is all showing clear signs of a populist, vacuous, liberal-Zionist cosmetic debate about who looks better and what sounds better, rather than what the case actually is.

Gal Gadot’s entry into the scene has only aided this delusion. Sela’s friend Gadot is probably the most famous Israeli actor, known mostly from the film Wonder Woman. She was effusive in her support of Sela and the rosy “love thy neighbor as thyself” advocacy.

Now notice how this becomes a feminist battle. Jenny Singer in The Forward (March 11):

“Israeli politicians, beware: don’t mess with Rotem Sela. The woman knows how to look good while discussing public policy and nursing a baby. She can roller skate while taking you through the Israeli penal code. She can design jewelry while raising future Israeli activists. One would think that Israeli leaders might know by now that beautiful women can also be Wonder Women”.

Singer makes special note of the fact that Sela has a lawyer degree. But this is even more condemning, as I see it – because it suggests that Sela knows precisely that what she says is false. If she didn’t know Israeli law, maybe we could excuse it as naïve wishful thinking. But it’s worse – it’s deliberately misleading liberal-Zionist propaganda. And so many people appear to be falling for it. If those editorials all over the world don’t point out that she has made a false statement, then she and her ideology are winning points simply by the fact that her expressions sound better and look better than Netanyahu’s.

But Netanyahu is the real face of Israel, and what he said about the citizenship and nation-state issues is essentially correct.

“Whether she’s wrong or right, Rotem Sela served three years in the Israeli Navy, has a degree in law and business administration and is a licensed Israeli lawyer after passing the notoriously difficult bar exam. I would rather listen to someone who wasn’t patronizing and sexist”.

“Like Gadot, Sela is a veteran of the Israeli military, where she served as a clerk in the navy. She has been an active actress and model since she was a teenager. A mother of three, she attended the prestigious IDC Herzliyah, obtaining a law degree while nine months pregnant and having just wrapped shooting on a reality TV show, Israel’s YNet News reported. The same week, she passed the Israeli bar exam. Her dual degree is in law and business administration — despite her modeling career, she chose these areas of study because it was the most “realistic” option”.

Notice how the militant aspect is used to bolster the image of the “strong woman”. She’s not just beautiful, she’s also smart and she’s strong. A Wonder Woman.

What we are seeing here is an appropriation of feminism in service to Zionism – an inherently macho, chauvinist, exclusivist and supremacist ideology. And it’s also pinkwashing, as Sela has defended the “gays and the lesbians” as “equals”.

But you see, this is all missing the point. Like Sela missed the point when she wrote that “all people are born equal”. I mean, it’s a true statement, but how does that relate to how Israel treats Palestinians? It’s not only about how it treats its Palestinian citizens – it’s also about how it made most Palestinians refugees to begin with, in order to maintain its “Jewish and democratic” order. And how it has been maintaining military rule upon Palestinian subjects for the whole of its existence, but for a 7-month pause in 1966-67.

It’s almost as if this becomes a beauty contest: Who can paint Zionism as more beautiful?

I’m seeing this photo on Sela’s Facebook wall from a couple of weeks ago, with the caption: “Looking at myself in the mirror as nonchalant as I always do [‘wondering’ emoticon]”.

I think that photo is a depiction of the liberal-Zionist self-perception in this debate. It is looking itself in the mirror, thinking that it looks good because Sela is talking about people being born equal and that Israel is a state of all its citizens. But it isn’t, and equality is simply anathema to Zionism.

Editor’s note: Following the writing of this entry by Jonathan Ofir, both Haaretz and The Guardian published writings weighing in on Benjamin Netanyahu’s claim and the question of whether Israel is, or isn’t, a state of all its citizens.