Between Iran and Zion: Lecture by Lior B. Sternfeld

On December 12th, The Turban Times and NASIM hosted historian Lior B. Sternfeld in Copenhagen for a talk on his research in the Jews of Iran – who today make up the largest Jewish population in the Middle East outside of Israel.

“When Iranian voices protested the interference of Britain and the Soviet Union, and later the United States, Iranian Jews became part of that movement. When Iranians protested the Shah’s dictatorship, Jewish voices also rang out in solidarity.”

Jewish presence in North Africa and the Middle East date back hundreds, even thousands, of years. Yet, these otherwise long, rich, and complex parts of history are very often reduced into either simplistic, narrow depictions of isolation, discrimination, and expulsion, or romanticizing tales of multicultural utopias.

Jewish-Iranian history is no exception here.

Zooming in on the eventful 20th century, historian Lior B. Sternfeld challenges in his new book Between Iran and Zion the dominating narratives on Jewish histories in the MENA region and looks critically at previous research in Jewish-Iranian history. 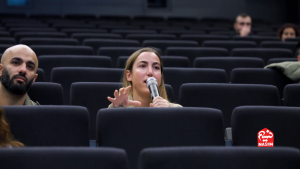 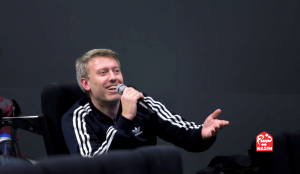 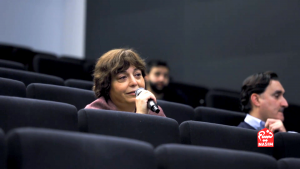 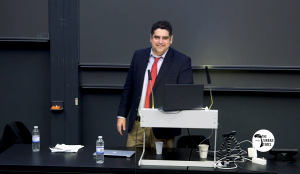 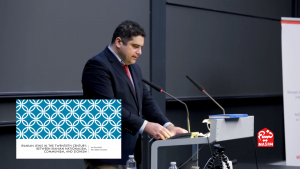 At our event in Copenhagen, Sternfeld spoke about the internal relations of Jewish Iranians and their interactions with the rest of Iranian society, as well as life during the Pahlavi dynasty (1925-1979), their (active) role in the revolution of 1979, where most Jews emigrated from Iran, and the reasons for why a relatively large Jewish minority actively decides to stay in the country even today.

Sternfeld’s PowerPoint presentation (from his talk) is accessible for download.

Following Sternfeld’s talk, we were joined on Skype by IranWire contributor, author, and doctoral student at New York University Arash Azizi (research assistant on “Between Iran and Zion”), who spoke about dual Jewish and Iranian Identity, the distinctiveness of Iranian Jewish identity compared to other Mizrahi (oriental) Jews, and more. Due to issues with the audio, his talk is unfortunately not included in the video. Azizi’s writings for IranWire is available here.

No lid on the Lebanese garbage crisis

The Lebanese government is kicking the can on the issue.