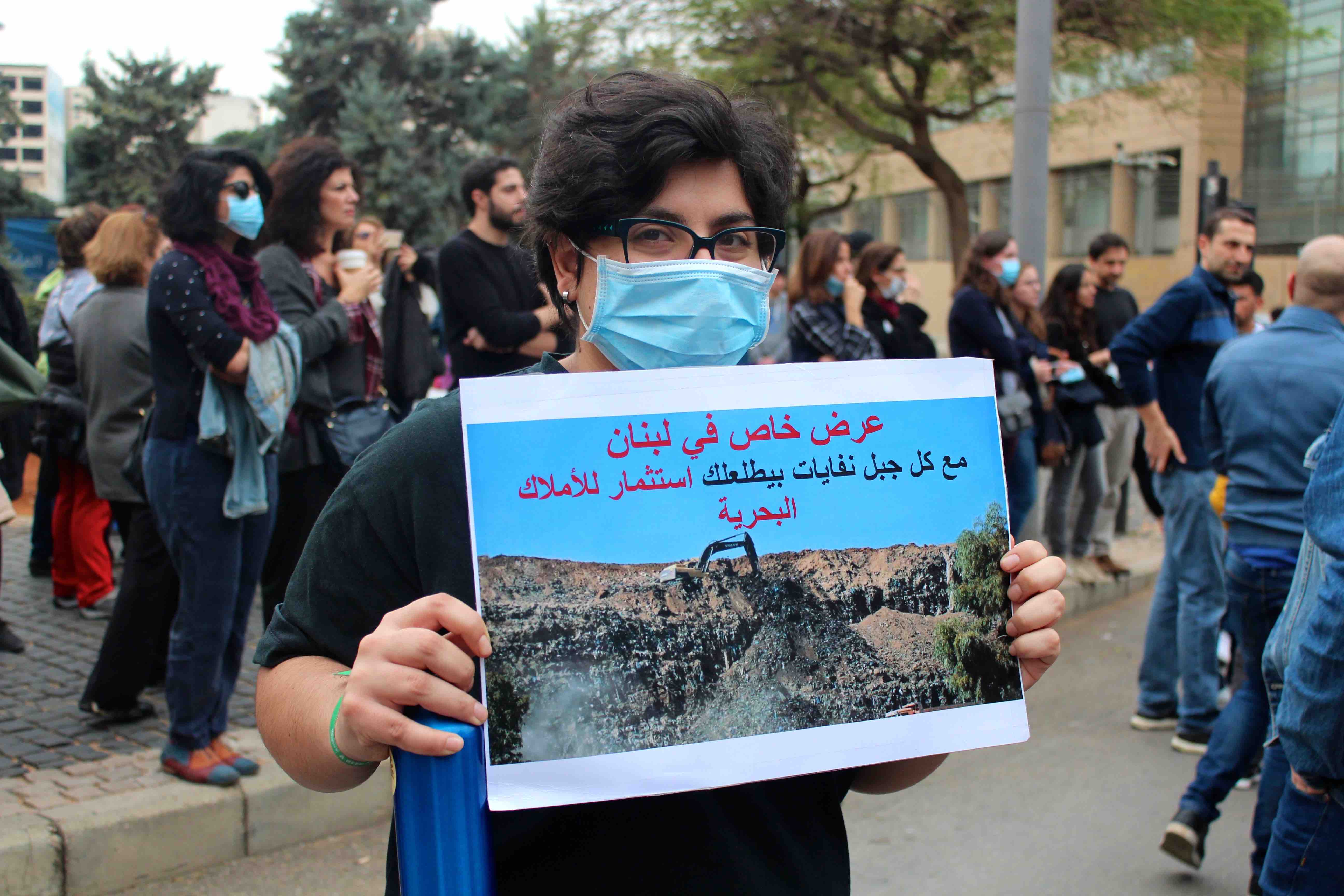 No lid on the Lebanese garbage crisis

With no long-term plan in place for dealing with the country’s waste problems, the Lebanese government is instead kicking the can on the issue with major consequences for the environment and citizens of the country to follow.

More than three and a half years ago ago in the Lebanese village of Naameh, 16 km south of Beirut, a few locals set events into motion that would see Beirut buried in a river of trash. This was followed by tens of thousands of Beirutis taking to the streets in huge protests during the summer of 2015, during which they demanded solutions to the garbage problem and a new government.

In Naameh was a landfill to which the majority of Beirut’s garbage was transported and then dumped. This landfill was supposed to have been a temporary solution to the capital’s waste problems – yet after nearly two decades, it was still in use and still a prime dumping site for the capital’s garbage. However, as a temporary landfill it had long since exceeded its maximum capacity. Dissatisfied with the continued dumping at the overfilled site and the effects it was having on their local community, local citizens in Naameh staged protests in July 2015 and ultimately blocked garbage trucks from entering the landfill, thereby forcing a shutdown of it.

Without the Naameh landfill, there were no other plans in place to rid the capital of its garbage. As a result, there was nowhere to take the waste, which was then merely left in the streets. Soon, heaps of garbage began to accumulate all over the city leaving Beirut reeking for months with no end in sight. In desperation, Beirutis began to burn the neglected garbage. Garbage fumes along with ever-expanding mountains of untreated trash in the streets became major health risks in the city.

Under the slogan “You Stink!”, demonstrators took to the streets to show their indignation towards the worsening situation and to protest against a government that was not resolving the crisis. The government eventually took action; the city was dug free from the garbage and things seemed to go back to normal. At least on the surface.

Today, the Naameh landfill remains closed, but landfills are still the primary means of waste disposal for Beirut. The Costa Brava landfill near Beirut’s airport and the Bourj Hammoud dumping site in the eastern suburbs of the city have been used instead since the garbage crisis.

But has the capital’s waste management problems been solved with these two new landfills? Is the garbage crisis a thing of the past?

“The crisis is not solved and these landfills are not sustainable,” expressed one citizen, Houssam, a former employee at the waste management company Sukleen that used to operate in Beirut, when asked about the situation.

To start with, the dumping of garbage at the site in Bourj Hammoud is not happening within a proper landfill at all. The site started out as a spontaneous dumping ground for trash during the civil war and has been used as such ever since. As a result, it is not regulated or properly maintained or managed. The dumping ground has been the site of countless protests as the residents of the Bourj Hammoud area have tried to garner attention to the unbearable smell emanating from the site and the health risks it poses to the tens of thousands of people living in close proximity to it.

The Costa Brava landfill is better regulated, but it has become a major risk to the aviation safety of Beirut’s international airport given its close location. The open landfill attracts flocks of birds which occasionally fly extremely close to the airport. In January 2017, this almost came to an accident when a plane struck a flock of seagulls during takeoff from the airport.

Furthermore, both sites are operating above their capacity or close to it.

At the same time, both the Bourj Hammoud dumping ground and the Costa Brava landfill are located very close to the sea. More than once, storms and accompanying waves have carried trash from the landfills out to sea, which in turn has washed up in massive heaps of trash all along the Lebanese coast.

Additionally, the Costa Brava landfill is not being properly maintained to avoid leakage of dangerous toxins from the accumulated garbage, and the Bourj Hammoud dumping ground is without any maintenance at all. For that reason, dangerous pollutants are seeping into the ocean from the landfills and combined with the leading of raw sewage directly into the sea from several sites in the country, the sea around Lebanon is becoming increasingly polluted. In a 2017 report, the Lebanese Agricultural Research Institute found coastal waters over the entire stretch of Lebanon to be highly contaminated with toxins, bacteria, chemicals and dangerous metals with only a few places ranked as having only medium levels of contamination. As a result, several cases of rashes and psoriasis were reported during the beach months of the summer, with beachgoers sharing photos of all kinds of skin irritations, inflammations and infections after having frequented the Lebanese beaches and swum in the sea.

With little being accomplished on a national level, things have started to change locally. Yet, as Houssam expressed: “Our civil society and NGOs are unfortunately not very strong and their reach is kind of limited. But I do know that there are NGOs trying here and they are doing extraordinary work.”

Several citizen initiatives and NGOs have sprung up particularly since the garbage crisis to try to deal with the waste problem by spreading awareness, promoting recycling, doing voluntary clean-up of trash-filled beaches and a string of other initiatives. While these attempts cannot be substituted for a comprehensive, national waste management plan, it is perhaps a step in pushing the country towards a more environmentally friendly and sustainable future.

Some citizens, however, remain sceptical. When asked if Beirut was just a shutdown of an overfilled landfill away from a repeated garbage crisis, Houssam responded, “That is possible… Welcome to Lebanon.”

My support for Marc Lamont Hill

The Zionist propaganda campaign controls not only people and principals, but also language.