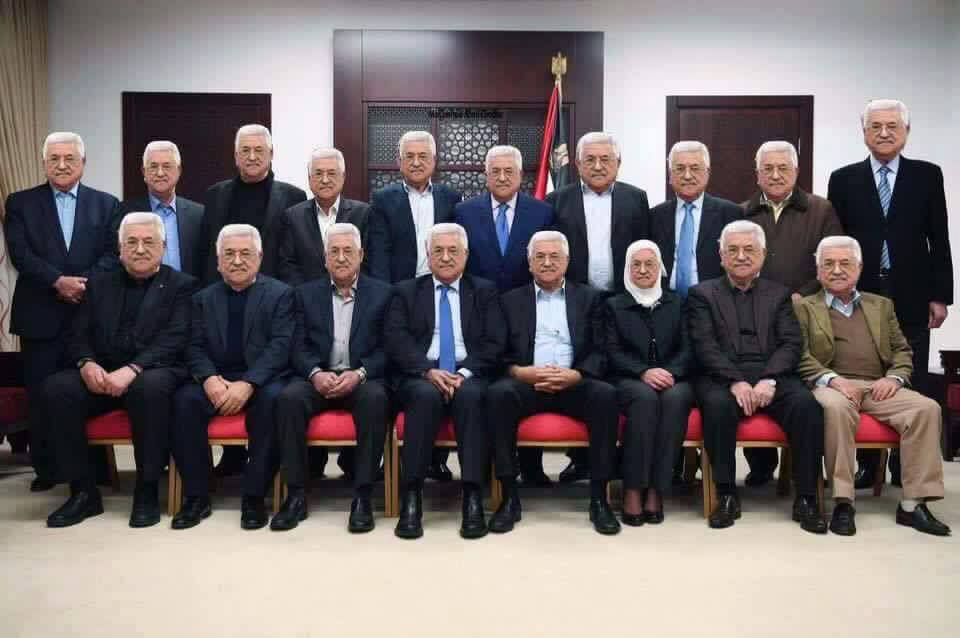 Abbas restoring balance to the universe

Last week, Palestinian President Mahmoud Abbas (a.k.a. the toothless bombsheller) decided unexpectedly to cut 30% of the salaries that go to his head-nodding minions in Gaza, under the pretext of “fighting the blockade, Israel and Hamas” – neither of which Abbas has made any progress with, but still, his muppets will buy it anyways, as usual.

Once again, Gaza has to endure yet another fantasy of “Abbas restoring balance to the universe”.

Last week’s decision by the Palestinian president, which affected nearly 70 thousand employees, has succeeded to tingle the drugged Fateh masses in Gaza to go out and fill the squares in protest against such an “injustice coming from a careless and stolid government”, hoping that the merciful grandpa Abbas is going to do something and help in their calamity. The demonstrations, however, lasted only three days until the energy of the anguished masses faded away, amidst absolute deafening silence in Ramallah.

This move was followed by some open statements from PA officials that said Abbas’ intent was to “shake things up” and cause a financial crisis in the entirely-bankrupted and beleaguered enclave, so that Hamas “would kneel and give up on Gaza to the legitimate government”.

Two days later, Abbas eventually came out and made it clear that this was merely a glimpse of what is yet to come, unless Hamas gives up on the authority in Gaza immediately, as stipulated in the latest “Qatar agreement” – an agreement that Abbas seems to have made up as there is no actual records of it.

“Either Hamas gives back Gaza or they will have to take full responsibility for its people in all the different sectors of health, education, and finance,” Abbas said in a statement that was followed by some noteworthy remarks by his senior adviser “Mahmoud Habbash” (a.k.a. the lustful kleptomaniac) in a Friday prayer speech performed in front of Abbas, where he said, “In order to save Gaza, it shall be burned down on the heads of the criminals who refuse to empower the legitimate government … and I’m very confident that the people of Gaza will endure this saving process and stand behind their sole leader Mahmoud Abbas.”

Meanwhile, the 160 millionaires in Hamas issued a joint statement saying, “Gaza is unbreakable, and will endure all these conspiracies, despite the hunger and suffering … the people of Gaza will stand behind the resistance.” I’m honestly not sure where they both get their fishy confidence from; it might be a newly-invented Viagra or something in the water, but the people of Gaza are beyond hysterical and entirely torn up between this childish Fateh-Hamas absurdities.

The Abbas escalation came after Hamas’ forming of a new “administration” in Gaza (a nice way of saying an “independent government”) after promised improvement of relations with Egypt, and amidst Sinwar’s efforts to reconnect with Iran. Which means that Hamas is riding high again despite the fact that Turkey has already moved back from offering “generous, unconditional support”.

Another gesture that Hamas is preparing for the world is their new moderated charter, which was mostly written by Azmi Bishara, and Hamas had to say yes to that in order to keep the Qataris on their side. By this charter, which will most likely translate to nothing on the ground, Hamas hopes to offer itself to the world as the PLO’s amenable alternative.

Back to Gaza, the electricity crisis will surface again tonight, and neither Hamas nor Fateh have any interest to solve it this time. They’re both waiting on the other to take the first move. While Hamas staged last night a whole green protest against Abbas and the PA, with children in front holding candles in the dark and elders chanting “Abbas is a traitor”.

Abbas’s final move is sending a delegation to Gaza this month to negotiate with Hamas a final “one-package agreement” to form a unity government, which will lead to elections, and then the new leadership shall take responsibility for all the mess. Hamas refuses to negotiate about that, unless they first get their share of the cake, and taste some good life. If Hamas says no to Abbas, he promised to use all his power this time to crush Gaza.

Abbas will never forget that he lost a finger in Gaza back in 2007. I wonder, what would he have done if it was something more precious that he’d lost.

Meanwhile, a rocket was launched against Israel, and the Israeli authorities confused it with a same-sized ketchup bottle. No retaliation was noted, and Israel continues to watch silently!

Required watching for anyone hoping to put Thursday's strike in context.