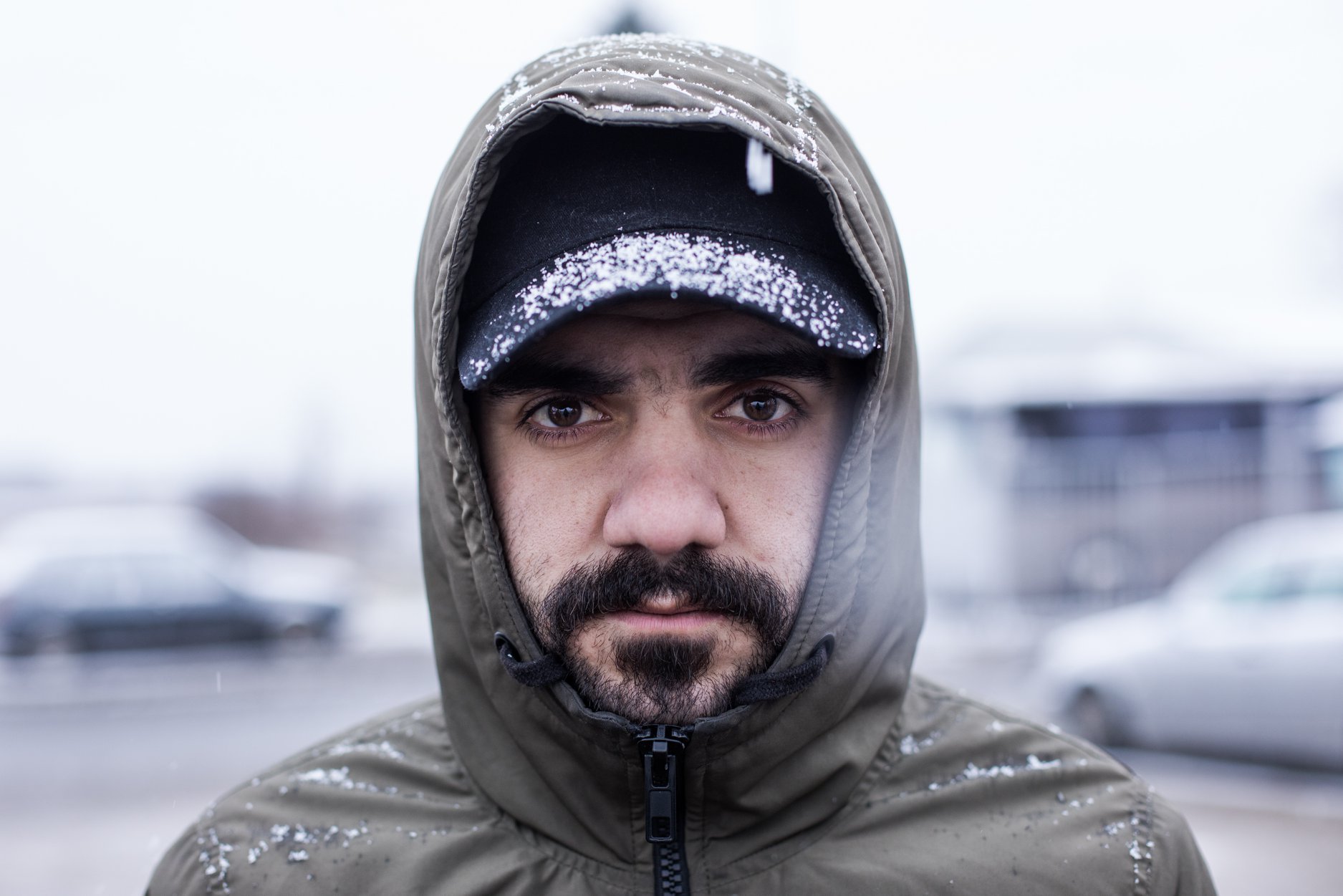 Journalist and editor at The Turban Times Florian Elabdi (right) and photographer Martin Thaulow will be updating The Turban Times’ Instagram account with pictures and short stories from their trip in the border region between Bulgaria, Greece and Turkey:

“In the following days, we will be visiting refugee camps, hospitals, cemeteries and border towns to tell refugee stories. Stay tuned on The Turban Times and Refugee.Today to receive updates, stories and pictures from a border region which is still one of the main refugee routes for people attempting to flee from the ongoing wars in the Middle East.”

The day after we arrived in Sofia, we met a group of Iraqi Kurdish refugees outside the Vrajdebna Refugee Camp in the Bulgarian capital. We were not allowed to enter the camp.

After more than a year of living in the UK, Shahram was deported back to Bulgaria, because his fingerprints were first registered in the country. Shahram and his friends in the refugee camp are frustrated by the living conditions inside the camp and the treatment they have received from Bulgarian authorities.

According to the men, they have all been subjugated to threats, beatings and humiliations by the police. One man described how he was denied water for two days first time he entered Bulgaria. When he asked for water, a policeman allegedly urinated in a bottle and said;

“You want water, here you have water.”

“First of all it’s work. I love my job. Every case has it’s own unique history. But I don’t think about the cases when I go home. I keep a professional distance,”

Dr. Pavlidis says and thinks for a few seconds:

“The only difficult thing for me is the children. The children are always the worst.”

For 18 years Doctor Pavlos Pavlidis has been in charge of the Forensic Department at Alexandroupoli University Hospital in the Northeastern Greece. During this period, he has attempted to identify the bodies of 359 refugees who were found dead by Greek authorities. The majority died by drowning in the Evros river or by hypothermia after crossing it.

Amed Qasim, 29, is a laboratory technician from Hassakeh in Syria. When the war broke out, he was forced to join military service in the Syrian Army and was stationed at a highway-checkpoint in Deraa, an area experiencing some of the most intense fighting at that time.

After fleeing from Syria, Amed managed to escape across the Turkish border to Bulgaria with his wife Najla and their two children Miraf and Azad in the fall of 2016.

In Hungary, on their way to Germany, the family was placed in a locked detention facility for six months. A legal consultant from a renowned NGO allegedly advised him and his wife to become pregnant to avoid deportation back to Bulgaria.
“Your only option is to make your wife pregnant. Then the Hungarian authorities most likely won’t deport you back to Bulgaria,” the legal advisor allegedly told him.

In late November 2017, Amed, his wife and their two children were deported back to Bulgaria, despite following the advice of the NGO. The family is now expecting their third child in Vrajdebna Refugee Camp in Sofia, but they are still living in constant uncertainty about their future.

“In Syria, we say that patience is the key to success. If you’re patient, you will find the key that opens new doors in life. If you’re not, you’ll lose. With a wife and two children, I have to be patient, what else can I do? Otherwise my psychological condition will be affected, and I’ll end up doing something harmful.”

(We are aware of the identity of the NGO and advisor, but we have chosen not to publish the name, since we haven’t been able to obtain the other part’s response.)

“We once received the corpse of a young man who had been shot in the back. The bullet had gone through his chest. He appeared to be from Bangladesh. I was extremely affected by the scene and I haven’t performed corporal ablutions since then,” Imam Abdullah Sherif explains.

Imam Sherif is from a family of Islamic scholars living in the Northeastern Greek mountain village of Sidiro. The Sherif family has been trusted with the task of burying dead refugees in the region, close to the river border with Turkey. In the past years, the family has buried around 300 dead refugees, most of them unidentified men.

Occasionally, the Muslim village also helps refugees seeking shelter and food after they’ve managed to cross the border. Despite his good relations with Greek authorities, Imam Abdullah Sherif expresses his concerns about systematic deportations of Syrians back to Turkey, also known as ‘forced pushbacks’.

“If a Syrian is caught by the authorities in this area, he will be sent back against his will. I am truly baffled by this. I met a Syrian man who had been caught and deported back to Turkey five times by the Greek authorities. We can discuss how and why this is going on, but the most important thing is to solve this problem.”

Stay tuned for more – via The Turban Times and Refugee.Today.

Saudi leadership holds its breath over political chaos in the Maldives

The internal political situation in the island state is evolving into a headache for Saudi leaders.