With the fusion of Latin classical guitar, Yemenite women’s songs, and African music, the Israeli band Gulaza creates a unique sound. The Turban Times met the band to talk about their music and how they are trying to break borders and build bridges.

Ben Aylon is sitting on the couch, wrapped in a large thick scarf, playing on his guitar. It is an N’goni, he says – a string instrument from West Africa, the body often made of either wood or dried animal skin stretched over it. He plays it effortlessly while we smalltalk, as was it a natural extension of his own body.

Next to him sits Igal Mizrahi, with his piercing dark eyes, framed with what looks like a blue shaded kohl, an ancient eye cosmetic, and his rosary, with dark pearls twisted around his wrist. While Ben plays on his N’goni, Igal hums along.

Together, the two artists form half of the band Gulaza, a musical project reinterpreting ancient Yemenite non-instrumental songs that have passed from generation to generation, from mother to daughter. The two of them tell us about their music, mission, and mixture of cultures. 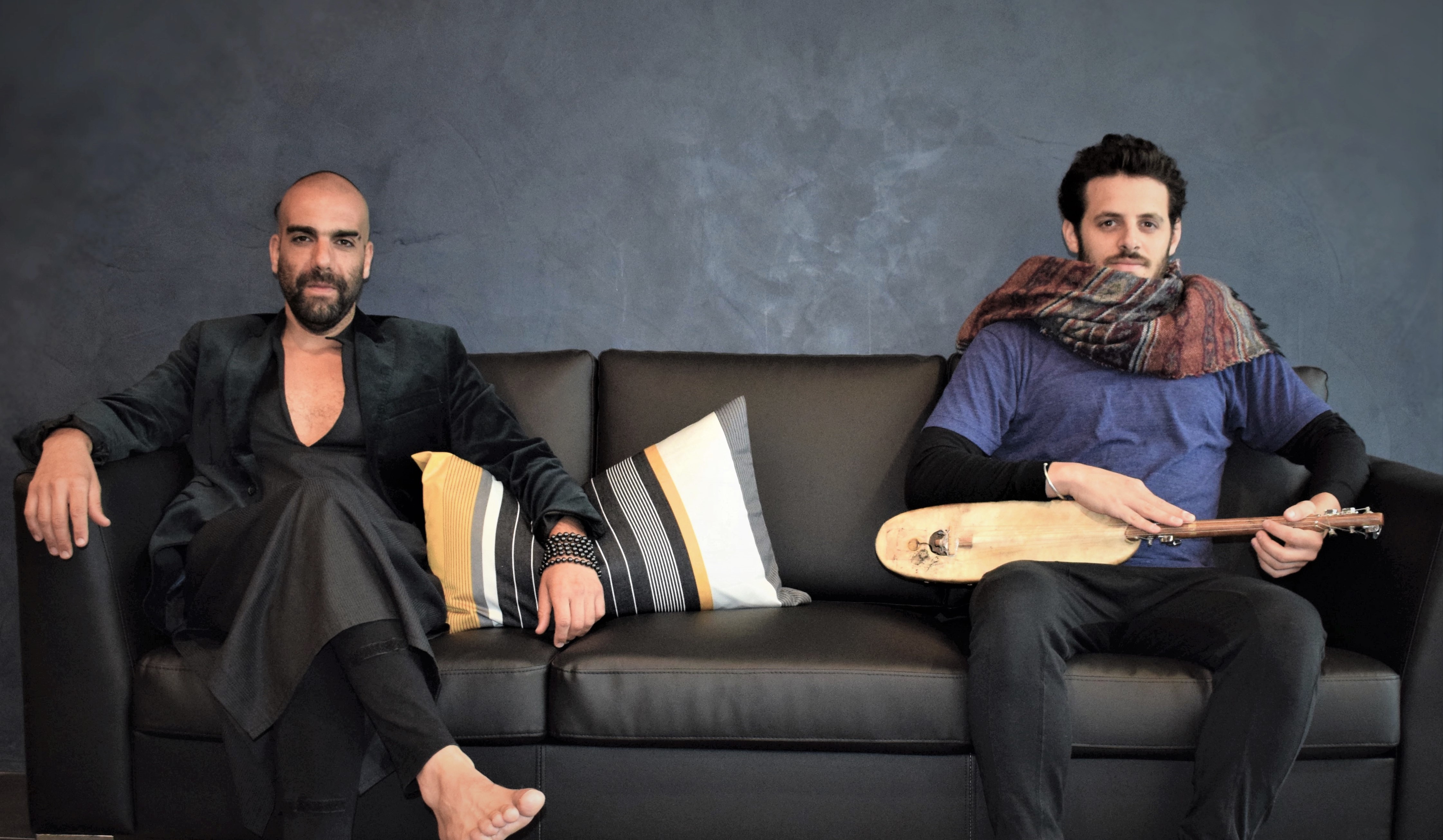 Igal and Ben are both Israeli, but their ethnic backgrounds are as mixed as the sound of their band.

Igal’s mother lived in Algeria but her family was born in Morocco. His father, on the other hand, was born in Israel but with parents originating from northern Yemen.

Igal was born in Rehovot, a city heavily influenced by Jewish immigrants from Yemen. Coincidently, Ben’s grandmother’s family is from the exact same city.

“It’s a funny connection that Igal is born in the same city. His family has practically been neighbors with mine, so the families probably knew each other,” Ben says, laughing mildly.

Ben himself is no exception when it comes to having a mixed background. He is a quarter South African, Argentinian, Italian, and Hungarian. He studied music in Gambia and Senegal, which is where he got to know his precious instrumental companion – the West African N’goni.

One day, several years ago, their musical paths crossed. 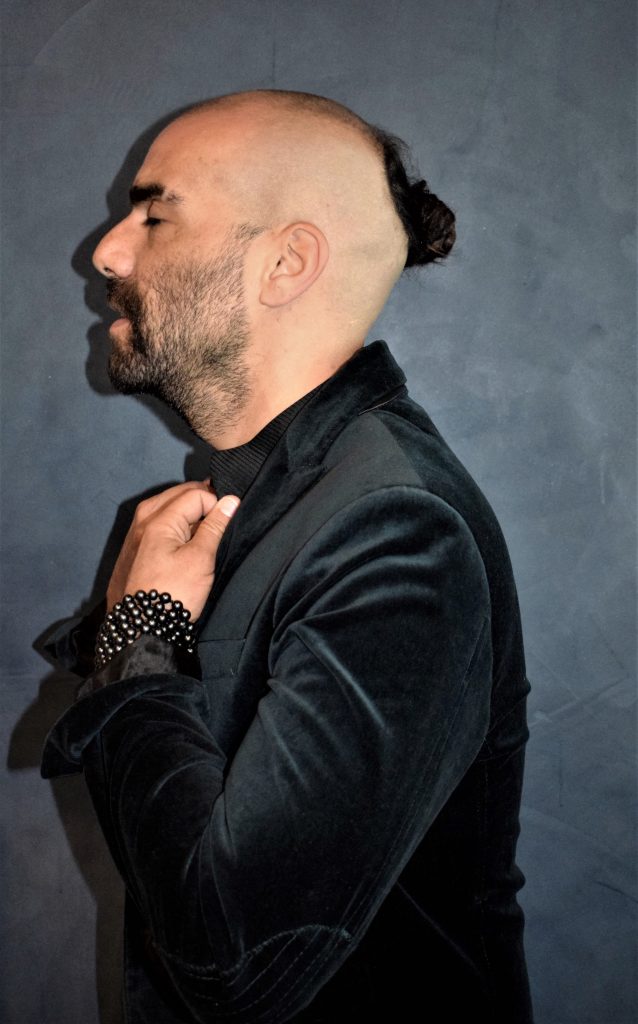 “Igal told me that we should play a song with the N’goni, which we did in the synagogue in Copenhagen four years ago. We took all the instruments aside and only played the N’goni, and we could instantly feel we were on to something,” Ben tells.

“It was really special and exciting playing it acoustic the first time,” Igal says while he nods and looks at Ben.

Igal brought the idea of incorporating Yemenite women’s songs, a century-old tradition he grew up with by the mouths of his grandmother and other women from the neighborhood.

But Gulaza is not the first males to sing Yemenite women’s songs. There already is a rich culture of it, but it usually takes the form of festive wedding music.

“We took the Yemenite women’s songs, opened them up, looked at them closely and brought them back again, reinterpreted,” Igal explains.

“The songs choose us. I would never have guessed that I would be doing this,” Ben says and continues:

“I was really going my own path, but I don’t know, it is stronger than me I guess, being drawn to this project of ours.”

Ever since they started their musical path together, they have travelled all around the world with their unique sound, being warmly greeted each time. 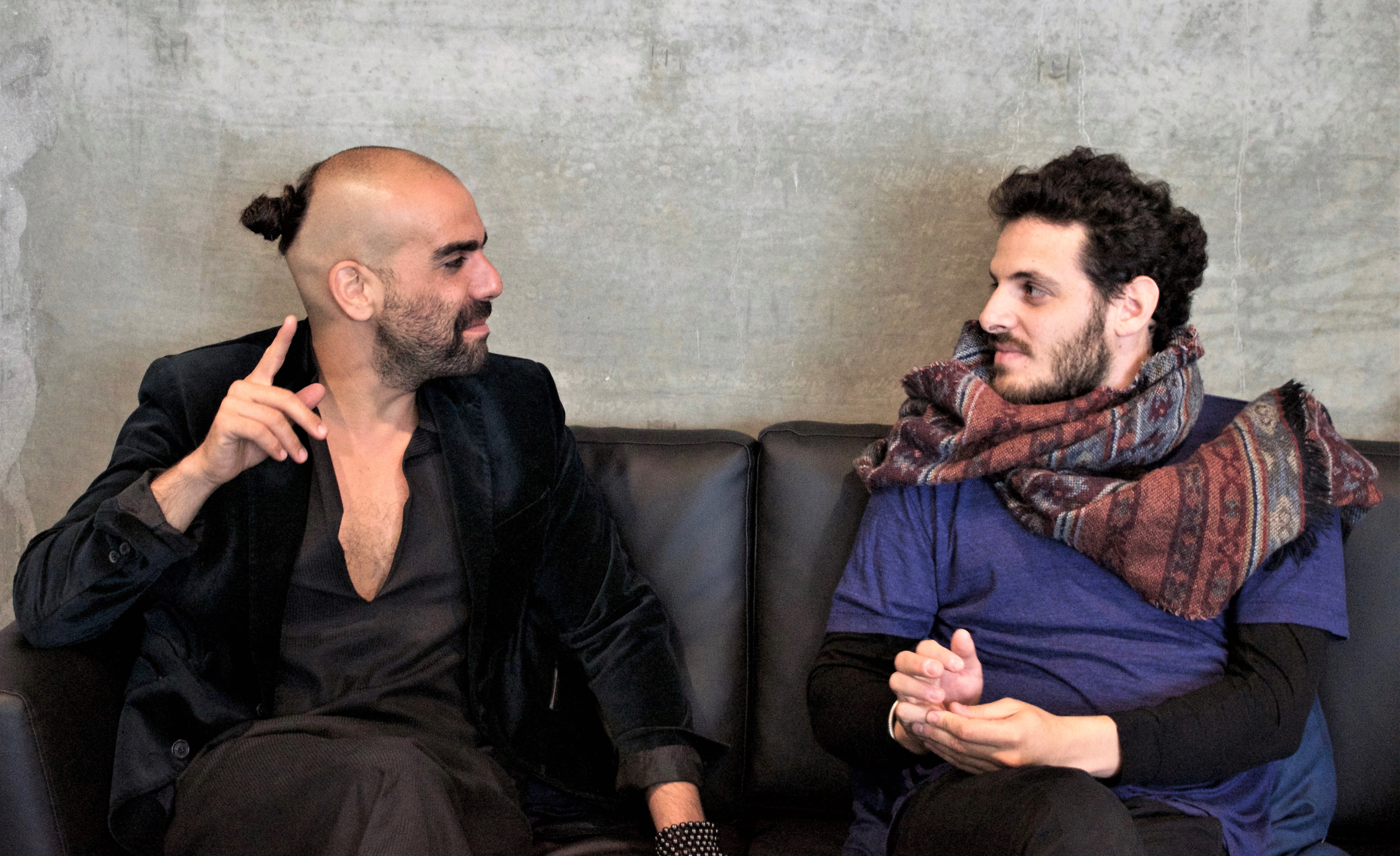 The songs that Gulaza sings were passed orally from mother to daughter in secret. For years, Igal has studied the lyrics of the century-old Yemenite tradition.

“You have a lot of variations of the melodies and lyrics,” Ben tells.

“The women were married away in a very young age. Imagine a ten-year-old sent to a place far away, marrying this old guy and playing the part as his fourth wife. It’s a hard life, but it also created a place where one needs to express oneself, and that’s how the songs came to life.”

The songs tell the emotional stories of the women, but the lyrics are not always sad. They explain how sarcasm has played a large role in the songs as a form of coping strategy for them.

“Some of the songs include vulgar language, cursing the husband and ridiculing him. It’s not like the blues, they are not all miserable,” Ben explains, looking at Igal who elaborates:

“They use bad language, laugh, and cry. It is a full range of emotions. That’s what kept them alive. The women were empowering themselves through the songs.”

They explain how the singing was a hidden culture where the women would sing in-between housework, in secretive surroundings.

“The woman could not tell her husband that she did not love him, but to her girlfriends she would say that she wanted him to die,” Igal says.

Igal starts singing “I want him to die”, with an almost soothing rhythm, exhibiting how it sounds, showcasing the sarcastic, lighthearted grip of an otherwise serious subject.

“It’s interesting – behind the beautiful melodies you hear these tough words, and you start to think, wow. The conflict is in the midst of it all,” Ben says. 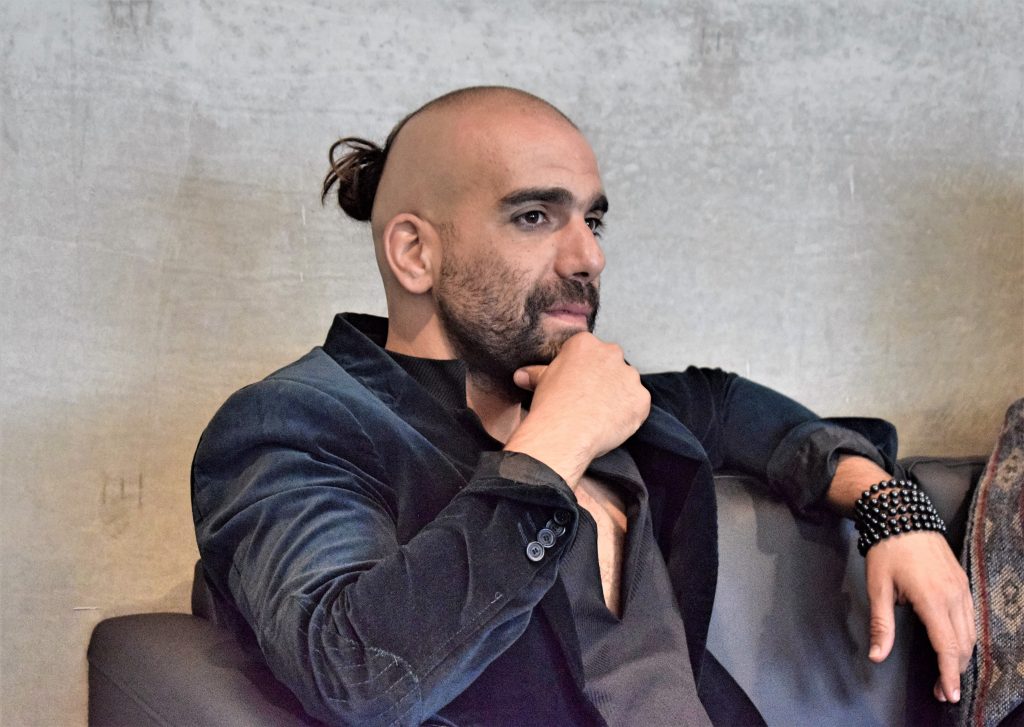 Looking at Igal and Ben’s appearance, it is hard to pinpoint where they stem from. This very much illustrates not only their own personal stories respectively, but also their mission as artists – breaking borders.

“The message we are trying to deliver is bigger than solely being relatable to women. We want to break all the borders. We don’t see borders as something physical, they don’t exist – it’s all up in our heads. You cannot be a real artist and believe in borders,” Ben says passionately and continues:

Igal nods agreeably and the two of them are quite for a short moment.

“There is no doubt a feminist message, which is relevant for everyone all over the world in different ways and contexts. There is this saying that ‘a woman is a woman, they can shut her mouth in Yemen as well as in Poland’,” Igal explains.

As a band, they put in great effort when it comes to collaborating with different musicians with diverse cultural backgrounds. They see it as their mission to do so.

“It warms our hearts to do it, and to see the collaborations flourish. It doesn’t matter where you are from. When you get away from your own place, it is much easier to connect with other people,” Ben says. 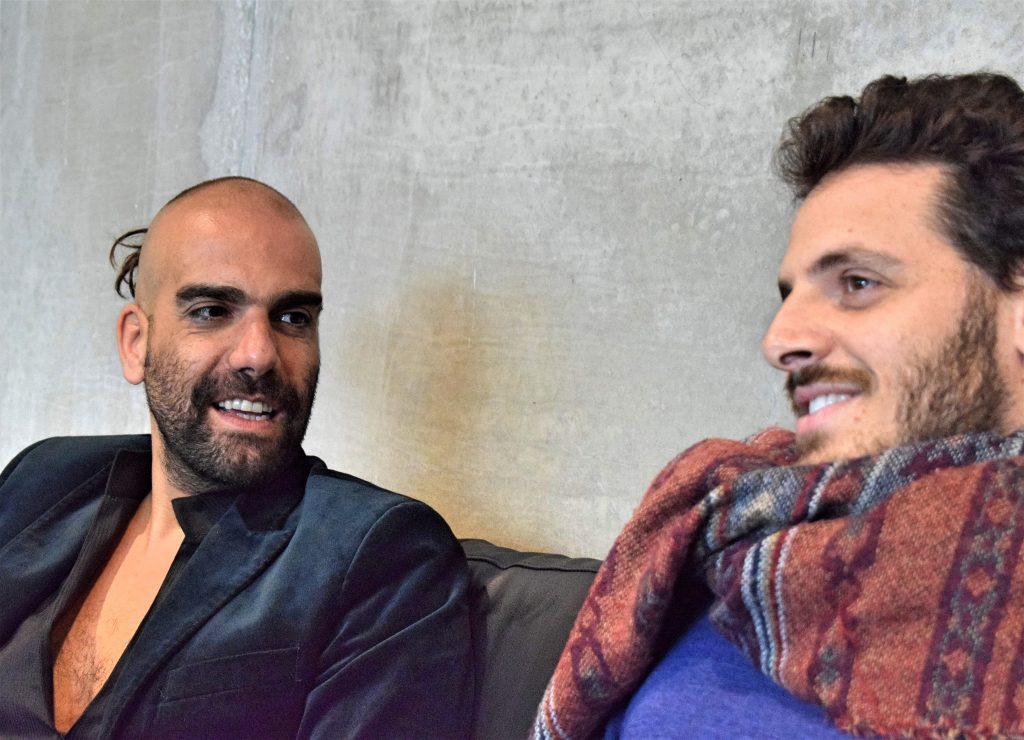 Traditions are called traditions for a reason. All around the world, customs are passed from one generation to another with rare minimal adjustments. But Gulaza sees it as a deep appreciation and admiration to take the oral Yemenite traditions up for reinterpretation.

It has especially been interesting for them to observe the reactions from the people residing in Yemen.

“When Yemenites hear our songs, they do enjoy it, but some have told us that this or that word wasn’t correct, that we did not pronounce it right, and so on,” Ben explains, with Igal continuing: 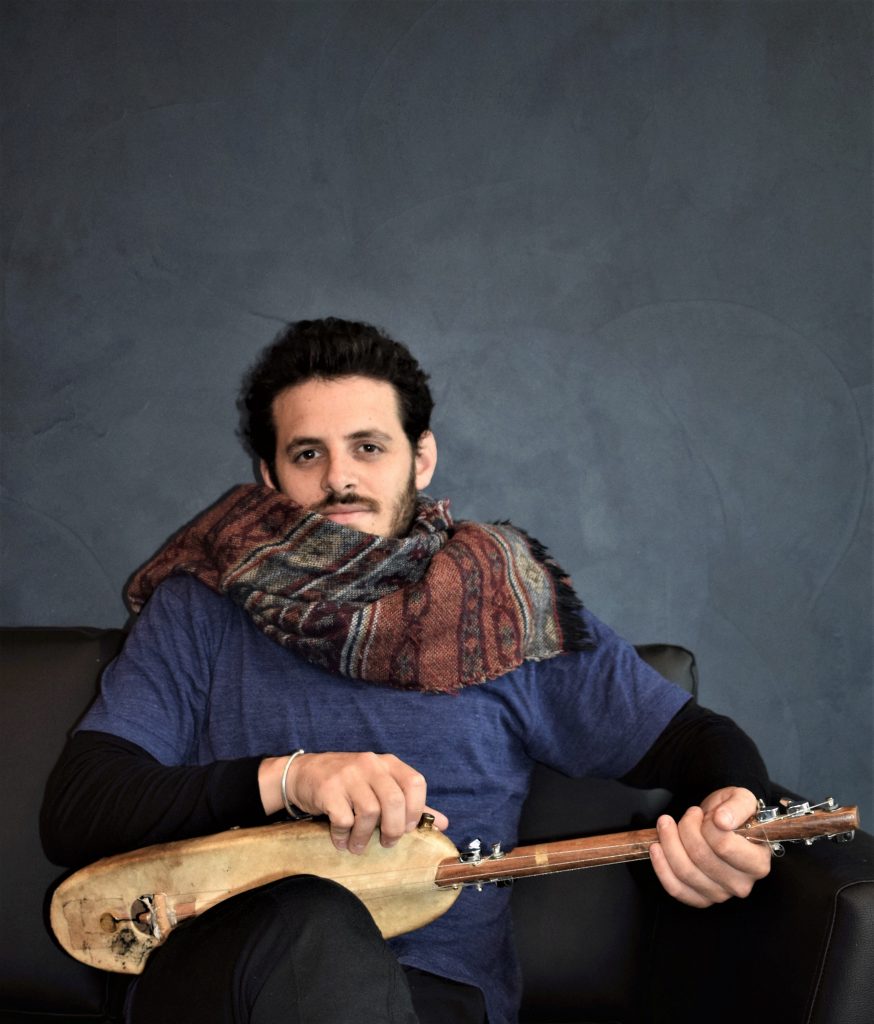 Ben tells the story of how he one day curiously decided to publish a video of Gulaza on Facebook and target-advertised Yemen to see the reaction.

“Some really liked it, as they knew the words beforehand but never heard it as we interpret it with instruments, while others were really mad about it, maybe because they feel that we are ruining their traditions,” Ben says and continues:

The video resulted in an overflow of good reactions, which reaffirmed the band that they were indeed onto something special.

“We had this guy from Yemen reaching out to us after the video was published, offering to design our clothes. Others messaged us hearts, and it was really nice to see,” Ben says.

Ben and Igal’s hopes are high as they continue to travel the world with their unique sound. Their mission of injecting the secretive songs by Yemenite women with new life has been welcomed by many, all around the world.

Their ultimate dream is to continue to take the audience on a mysterious musical journey and break borders and build bridges, from Israel to Yemen, to the rest of the world – song by song.

Want to know more about Gulaza? Check out their website.

We need to talk about Nas Daily

The normalizing face of privilege.