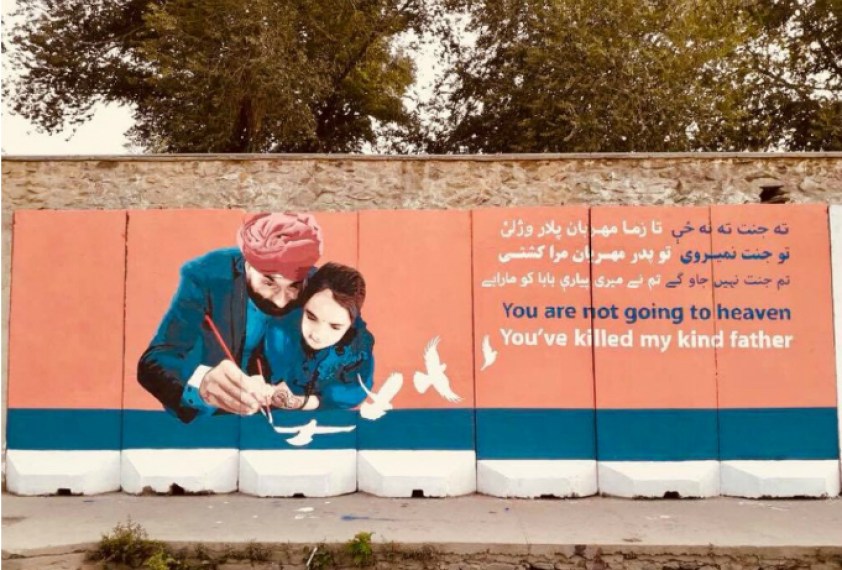 If they cannot stand hearing my critique of their social media presence and usage of the hashtag #KabulLife, how would these expats tolerate actual Kabul life?

In July, Afghanistan lost Rawail Singh, a beloved civil rights activist. Like anyone else who had met him, I was inspired by his never-ending love for Afghanistan. He remained in the country and was hopeful despite the insidious and ever-present discrimination the Sikh and Hindu communities in Afghanistan face. People around the country were still mourning for him, when we heard of the death of a ten-year-old girl who was ran over by the convey of the president in Laghman. Even when mourning becomes a tragic norm, there are moments that shake you back into realizing how deeply unnatural it is to gradually and unknowingly accept loss; to feel death creeping behind you but not tremble. That month was one such moment. So, it is no surprise that when I saw #KabulLife in the caption of a photo on Facebook depicting smiling American women drinking champaign while wearing bulletproof vests inside the U.S. Embassy compound in Kabul, I felt deeply hurt and disrespected.

It would probably be less emotionally devastating if this image was an anomaly. When you search #KabulLife on Instagram, you’re hit with a wave of photos of shirtless men by clear blue pools and foreigners drinking in parties with no Kabulis (or Afghans, for that matter) in sight. If you happen to be friends with some of these expats on social media, you see even more senseless “#KabulLife” photos. These photos are often inside safe and protected green zones – some of which are not open to Afghan locals, by the way – and equipped with all the conveniences of life in the developed world. Sometimes, Facebook posts feature expats in bulletproof vests in bunkers writing about the dangers of living in Kabul (while they are protected in military bases) and dozens of comments by their friends and family about how brave they are.

It is not the drinking, the facilities, or the swimming that bother me. It is the pretense that life inside security walls, bulletproof vests, and armored cars and flying about the country from base to base and embassy to embassy in helicopters constitutes Kabul life that I find insensitive. It seems that while the rest of us are getting killed in fires we didn’t light, some expats are high on the adrenaline of being in the war zone – without having to experience it or deal with the local people.

When I expressed this anger to one of the many owners of such photos, she deleted my comment and unfriended me, because it threatens the fabricated stories many expats tell with #KabulLife; the stories that allow them to claim street credit with their privileged communities back home; the stories that lead to their friends calling them “courageous” and “heroic”; the stories in which they are always the saviors, risking their lives, and having a little fun along the way. A little Tom Cruise, a little Indiana Jones.

Apparently, #KabulLife doesn’t include listening to the grievances of Kabulis. It is only about feeling like a badass because you are “in a dangerous war zone”. If they cannot stand hearing my critique of their social media presence and usage of the hashtag #KabulLife, how would these expats tolerate actual Kabul life?

These posts trivialize the difficulties of Afghan people because Kabul life is not life in a bubble; it is life in a battle.

This entry by Rada originally appeared on Free Women Writers. A revised version is published by The Turban Times.

Israel is making its final moves to eradicate Palestine in cahoots with USA.