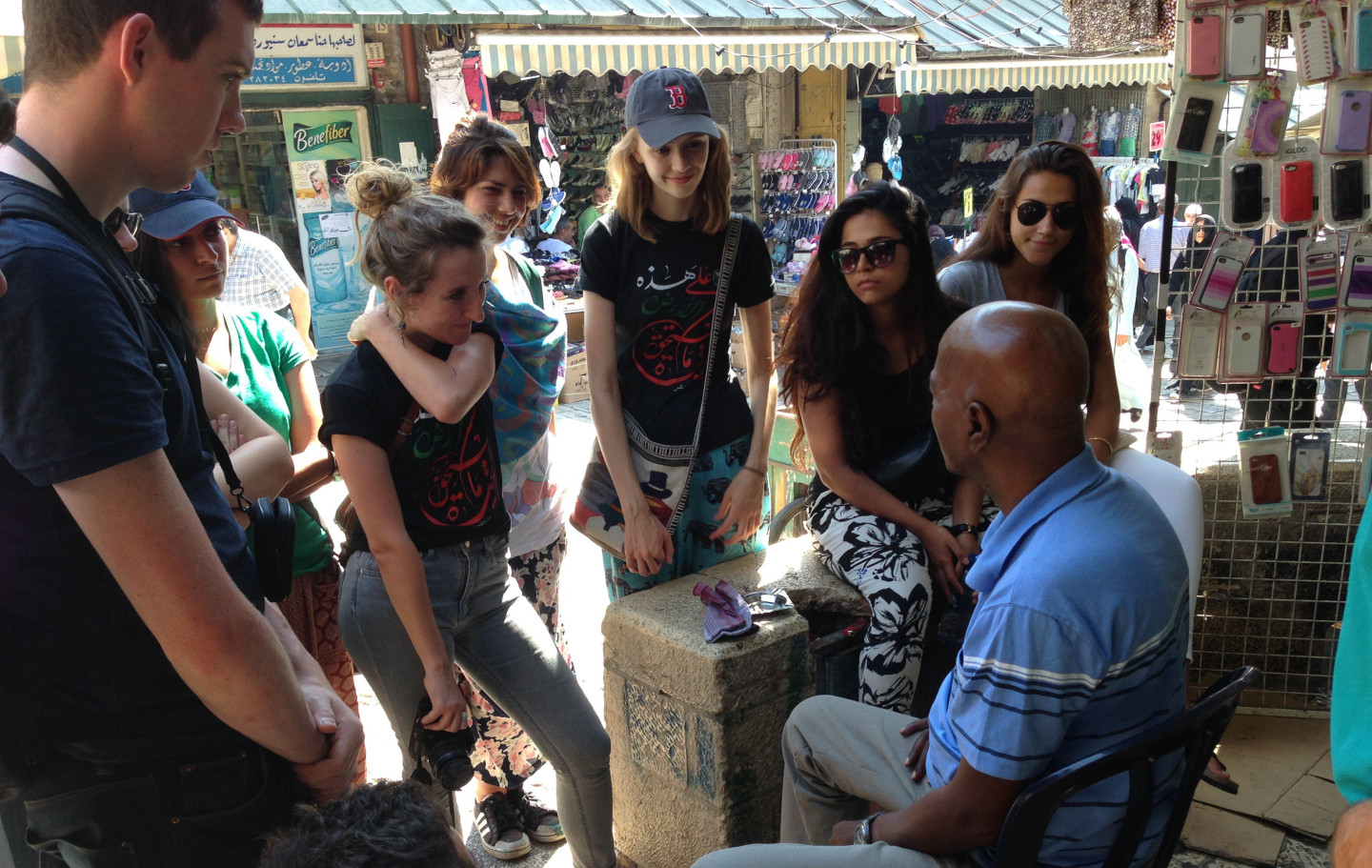 “A state for both of them”

I met this cool, older Palestinian guy sitting in a chair near Damascus Gate in the Old City of Jerusalem earlier today. He’s the kindda guy who looks just like a wise old storyteller, and I was to be right about that thought.

Around him was gathered a group of youngsters from all over the world who were listening excitedly to what the older man had to tell. His stories were many, and despite a couple of Israeli soldiers standing next to him, listening with, he seemed fearless. He had this intentional ‘provocative’ tone while talking. I liked this man.

When talking about a peace solution for the Israel-Palestine conflict, he had one, very interesting comment: “Israelis and Palestinians both need a secular, democratic state in order to have peace. A state for both of them.”

This comment for me was even more interesting to hear, considering that just one day earlier, I had met this other Palestinian guy in the Omar Mosque, located on the other side of the Old City of Jerusalem, who had a complete opposite opinion on the matter; He believed a caliphate, consisting of all historic Palestine, was the only solution for the current situation.

What these two guys had in common, however, was their shared position on the meddling of the US and the West in general; someone they believed should not interfere in the conflict at all.

It was in particular this older guy who was very firm in his believe on the matter:

“You guys are obviously not representing your governments. European governments and the government of the US can go fuck their mothers.”

“Film it! Take pictures! Film it!”

"Show it to the outside world!"