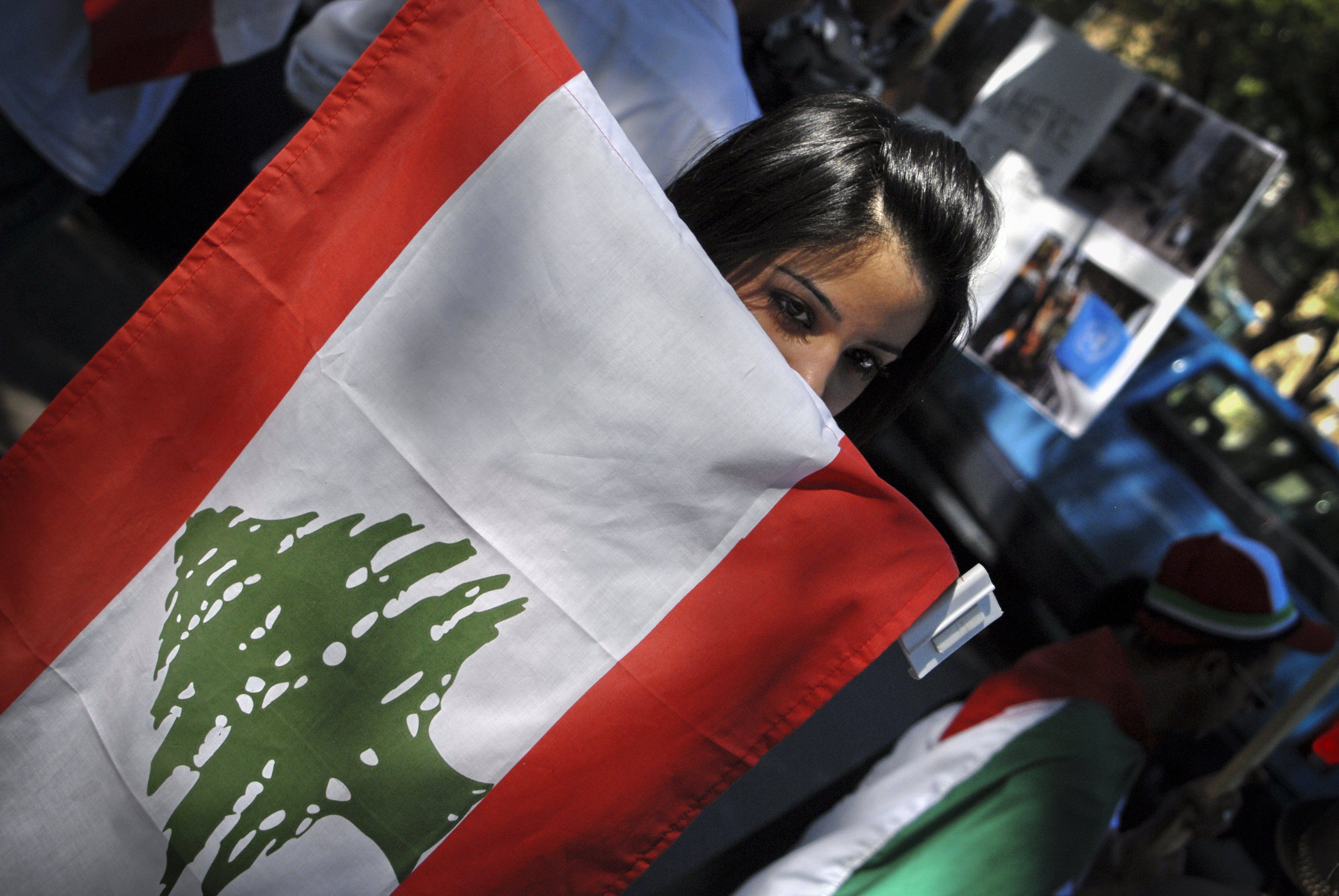 A Lebanese-Canadian girl peers at the World from behind the the Lebanese flag. July 21, 2006. Photo: Via ItzaFineDay on Flickr licensed under CC BY 2.0

Will Lebanon have a new president in 2016?

Last month, Samir Geagea, leader of the Christian ‘Lebanese Forces’ party endorsed Michel Aoun in the Lebanese presidential elections. The meeting between the two most powerful Christian leaders in the Middle Eastern country is in itself a significant move for Lebanon.

Geagea and Aoun, both former warlords in the devastating Lebanese civil war that torn the country apart, were arch rivals and fought bitter battles against each other, leaving thousands killed.

Aoun has been the major Christian leader in the 8 March coalition that includes the two Shiite parties, Amal, led by parliament speaker Nabih Berri, and Hezbollah, which is heavily involved in the Syrian conflict, just across the borders, in addition to several other minor parties. The coalition has been pro-Syria and maintains a good relationship to Iran.

Geagea, on the other hand, has been part of the Sunni majority 14 March coalition with Saad Hariri in the lead. Hariri is the head of the Future movement and has previously enjoyed great support from Saudi Arabia and the west, particularly France and the US.

Former Lebanese president Michael Suleiman’s presidency ended back in 2014, and the position, as president has been vacant since, as no candidate has been able to gather the majority needed in the parliament. At that time, Geagea announced his own candidacy with support from the Sunni majority, while Aoun’s candidacy was supported by his Shiite allies.

More than a year after the end of Suleiman’s term and the failure to elect a new president, new channels of communication started to emerge. According to columnist Jean Aziz, a plan was already in the making aiming at installing Sleiman Frangieh, a strong supporter of Bashar Al Assad and supposedly an ally to both Hezbollah and Aoun, as the next president. The plan was being developed by Hariri and Frangieh himself, and received unofficial support from Amal leader Berri and Druze leader Walid Jumblatt.

Both Aoun and Geagea opposed the plan, which would sideline the two men and make them politically irrelevant. By coming together, they have a significant say in the presidency as professor of political science at the American University of Beirut, Imad Salamey, formulated it. The consolidation of Christian power could cause fractures in the pro- and anti-Syria political coalitions and thereby redraw the political landscape.

It seems obvious that what pushed Geagea to support Aoun’s candidacy is the fact that his ally, Hariri, backed his longtime enemy, Frangieh, without consulting him. However, the recent rapprochement between the West and Tehran may have consequences on the Lebanese political scene, as Hezbollah has supported the Geagea-Aoun meeting and is excited about Aoun’s chances of being elected president of Lebanon. As late as last Friday, Hassan Nasrallah, leader of Hezbollah, reassured the party’s unconditional support for Aoun, who has been a key ally for the party since the Mar Mikhael agreement in 2006.

“We should elect a president that has the largest national consensus” Nasrallah said in a reference to Aoun and his Free Patriotic Movement party, the largest Christian party in parliament. “We announce clearly that Aoun is our candidate” Nasrallah continued as rumors arouse whether the party in fact preferred Frangieh who has been an ally for many years, and is considered very close to the Syrian regime. Nasrallah dismissed the rumors as “unfair” and as an attempt to “create differences between allies”. The last few weeks have indeed shaken both 8 and 14 March coalitions.

“March 8 and March 14, they will remain.” Salamey has stated to The National. “However they wouldn’t be as consolidated and as coherent as they have been.” Other commentators are more skeptical. The reconciliation between Aoun and Geagea that might as well have Aoun elected as president might hurt the 14 March bloc’s status in Lebanon, and seem as another blow to Sunni standing in the region. Especially after the nuclear deal with Iran, the war in Yemen and the Russian intervention in Syria. All seatbacks for Saudi influence in the region.

The majority of the Christian public opinion is now with Aoun and if this Christian consensus is not able to lead to the election of a Lebanese president, then it is clear that the Lebanese political regime, built on the Taif-agreement that ended the civil war, is no longer reasonable.

“The miracle of Jan. 18 raised the following ultimatum: either Aoun is elected as president, or the Lebanese Republic will no longer be the same and will no longer have a president unless under a different political and constitutional system.” Aziz has said.

Only time can tell whether Lebanon will soon have a president. Especially in light of the reemerged tension between Riyadh and Hezbollah.

"There are more than 100 thousand detainees still in al-Assad's prison waiting to be saved."