“No other nation can liberate Afghanistan”

Controversial former member of the Afghan parliament Malalai Joya made a visit to Denmark in March, where she held several speeches during Women’s International day in Copenhagen. I had the pleasure of interviewing mrs. Joya about women’s rights and her life as a female Afghan activist.

Malalai Joya is from the Farah province and became the youngest, most famous female Member of Parliament in Afghanistan, until she was dismissed in 2007. She is the author of the book ‘Raising My Voice’, and was in 2010 listed in Time Magazine’s list over the 100 most influential people in the world.

She became world-known after her famous speech in the Loya Jirga (grand assembly of elders and community leaders) back in 2003, where she spoke out against the domination of the warlords and called for politicians participating in the assembly to be taken to the international court for their crimes.

“I wear burka to protect myself”

Malalai’s famous speech in the jirga caused uproar and protests among politicans and supporters in the assembly and had crucial consequences for her personal and political life. After this event, she received death threats and survived several attempted murderes, including car bomb attacks.

In 2007, the Afghan parliament chose to exclude her, generating protests all over the world with high profile writers, intellectuals, and politicians calling for her reinstatement. 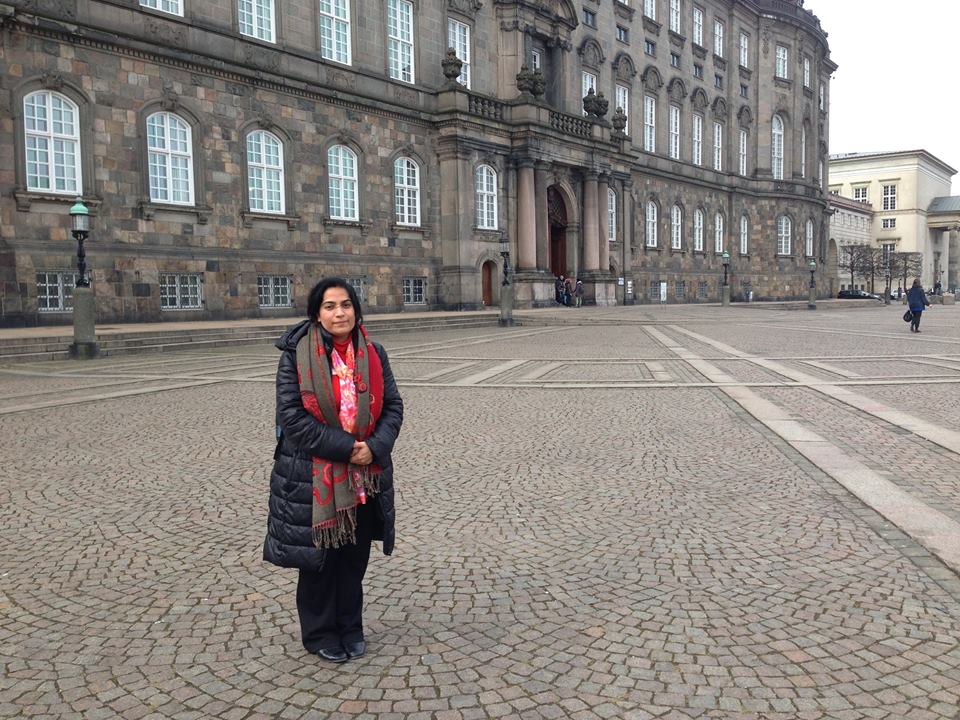 Until this day, Malalai lives underground where she is being protected by armed security guards. From here, she is leading her activism with mainly Facebook and other social media platforms as her tools to reach out and critize the Afghan government. Helping her reach out, a Defense Committee was established that helps coordinats travels for her around the world and promotes her fight to gain international support.

”I wear burka to protect myself, I need this hideous outfit because of security reasons,” Joya says, with a saddened tone in her voice. She goes on speaking about her work towards empowerment of women’s rights in Afghanistan, which is a fight she is forced to do without the support of the Afghan government. Her work with Afghan women consists of visiting victims, helping them through different cases, and advising them in whatever problems they stand with.

Malalai’s famous speech in the Loya Jirga in 2003:

”My life is not easy, I change houses frequently,” she explains. With tears in her eyes, she talks about how much she misses her 3-year old son. Malalai is not able to live with her able due to the fear that they also might be targeted by the people trying to hurt her and her fight. In fact, Joya is not even her real name, but an alias she has chosen to use, to keep her family safe.

She has been attacked many times and has survived several attempted murders. The latest attempt was a car bomb explosion, which she luckily managed to escape from. ”It is so terrifying to witness how they are trying to end me and my fight, and silence my voice forever. I will continue as long as I can, and they haven’t scared me away from helping those in need.”

The life of Afghan women

”The brutal killing of Farkhonda, the stoning of Rukhshana, and the execution of Shirin Gul by the Taliban, indicates how far behind women’s rights are in Afghanistan.” Malalai says life for many women in Afghanistan is sad and miserable, and the presence of international community has not helped much, she believes. She is frustrated by the fact that these incidents, against Afghan women, can take place under the presence of foreign troops.

Forced-marriages, child-brides, acid attacks, domestic violence, and attacks on students are amongst crimes that are taking place frequently in Afghanistan. Malalai admits how it surely is not an easy job helping these Afghan women and girls, and she definitely can’t fulfill the job alone; “We need help and support from the rest of the world, and I urge NGO’s and activists to help create awareness of the situation of the Afghan women.”

No other nation can donate liberation to Afghanistan

The warlords began emerging during the 10-year Soviet occupation, which ended in 1989, after which they gained more strength and began trying to conquer the power in Afghanistan. A couple of years later, a civil war broke out between these leaders, killing mostly civilians in large amounts. When the Taliban took control in 1996, the civil war ended and resulted in key warlords from the civil war forming a military front, the North Alliance, to fight the Taliban government.

In 2001, the Taliban was removed from power by the Northern Alliance with help from the US-led coalition. A new constitution was subsequently made and the first democratic election took place, which resulted in representatives of the Northern Alliance now possessing some of the most influential posts in the parliament.

The US and Western nations has been leading a wrong policy since 2001, by supporting the warlords, Malalai says. “Afghanistan is still ranked as one of the most corrupted country in the world. Billions in aid have been donated, but the powerful warlords have looted most of them. The warlords are one of the main causes of Afghanistan turning into one of the worst countries to live in,” claims the former Member of Parliament, with a clear tone of frustation in her voice.

”No other nation can donate liberation to Afghanistan, the Afghans must achieve it themselves,” she says. The situation is still messy and the end goal seems far, far away, but Malalai nonetheless is determined on continuing her fight for what she believes in; a liberal, prosperous, and most importantly, a peaceful Afghanistan.

Meet Saudi’s badass woman who wants to beat the stereotypes

"Why don't you bake in your husband's home?", "Go home and cover yourself!"