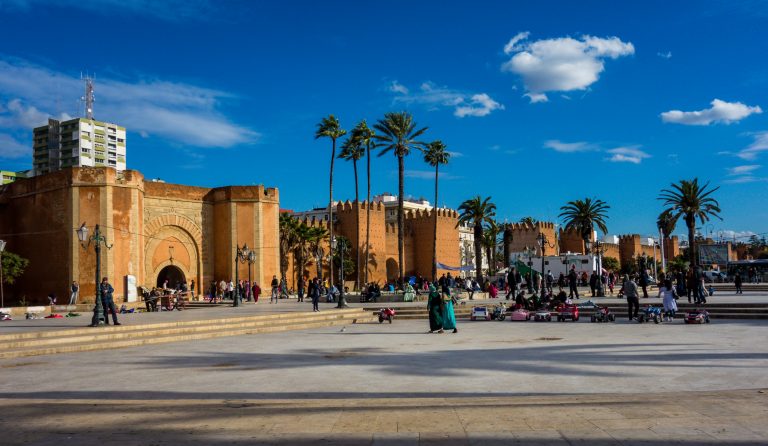 Rabat, Morocco. By Visions of Domino [CC BY 2.0], via Wikimedia Commons
News Report

Protests spread across Morocco after gruesome death of fish vendor

Protests are taking place throughout Morocco where demonstrators are denouncing the brutal death of the 31-year-old fish vendor Mohcine Fikri, who died on Friday inside a trash municipality truck after clashes with authorities.

Thousands of Moroccans have taken to the streets of Rabat and other major cities after people started questioning the cause of death of Mohcine Fikri. The official version emerged as being a story about a fisherman committing suicide in the city of Al-Hoceima. According to the preliminary news reports, Fikri got stopped and checked by a Qaed and his aid (local authorities) who then seized his fish cargo and threw it all in a municipality trash truck. Fikri then threw himself into the grinder of the trash truck in a moment of desperation, killing himself. But now disturbing footage is being spread on social media. In the videos, one can hear a lot of shouting and several people standing on the trash truck, attempting to stop the officials from grinding the huge quantity of fish they had just confiscated from Fikri. A municipality worker then turned the grinder on, while Fikri was trapped in the truck’s trash container.

In the following video, the person filming says; ”Look at them, look at them, look at their livelihood, poor people”, referring to the confiscated fish which the local authorities threw in the truck. Suddenly people start shouting as the grinder is turned on. People are screaming and crying out “Allahu Akbar” in desperation, while Mohcine Fikri is stuck.

WARNING: DISTURBING FOOTAGE FROM THE SCENE

The recent death of Fikri is considered yet another severe issue for the Moroccans. The protesters are not only disputing the incident and demanding justice for Fikri and his family. According to The Moroccan Times, they are also criticizing the lack of job opportunities in the region and corruption among authorities.

#Morocco: hundreds of Moroccan gathered on Martyr’s Square in the center of #Hoceima tonight https://t.co/BimsCw0UmR pic.twitter.com/HmolwueTGx

In a video, now watched close to 400,000 times, on Facebook, protesters are showing their discontentment with the incident. A male protester is shouting loudly to the crowd: “Events like this are the results of growing corruption and unreliable acts of humiliation by the Makhzen (ed. Authorities), acts we suffer from daily (…) it has to change, otherwise I don’t mind sacrificing my soul to reach this end, for a socially equitable and just Morocco”.

"The fall of Aleppo will be a fall for humanity as a whole, a prologue to future wars."