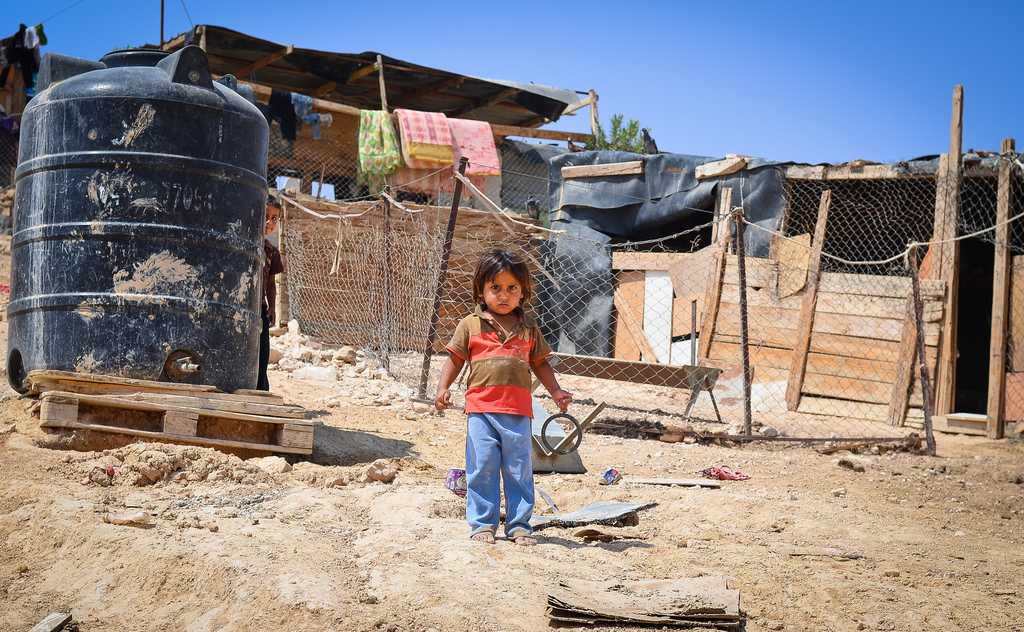 Two Bedouin children and a water tank, in the Israeli Negev desert (September 12, 2012). Credit: By amira_a via flickr.

Why is the Israeli government displacing Bedouins from their homes?

The following op-ed was written after Israel Land Authority (ILA) announced last week the demolition plans of the unrecognized Bedouin village of Umm al-Hiran, in southern Israel, which will be replaced with a Jewish town, “Hiran”. More than a year and a half ago, Israel’s High Court of Juice ruled to authorize the demolition of the village, thereby displacing its residents.

No one offers them any alternatives. They are not, after all, settlers who settled lands that are not theirs, violating Israeli and international law. They are citizens of Israel. Their sole “crime” is to have been born Bedouins in the State of the Jews. They were evicted of their land – of which they were dispossessed – in 1949. The Israeli government transferred them twice until it finally settled them, sixty years ago, in Umm Al-Hiran and Attir. Now this government claims they are invaders! Invading the localities where the government itself settled them sixty years ago.

The question is why does the government of Israel do this. Unfortunately, the simple answer is because it can. Because there are not enough citizens who oppose such racist policies.

When a government removes its Bedouin citizens from their home in order to settle its own Jewish citizens in their stead, this is racist dealing. Dispossessing people of their land in order to plant a forest on that same land is inhuman. Had these Bedouins been Jewish settlers, the government certainly would not evict them before finding an alternative dwelling for them that would suit their demands.

By its own acts the government of Israel proves that the UN’s outrageous ruling was not erroneous. Citizens of Israel who do not protest this extreme injustice are in fact supporting the government in its racist policy.

Road biking across the Moroccan landscape

The great thing about the traffic in Fes is, that once you get through it, a whole new world of...