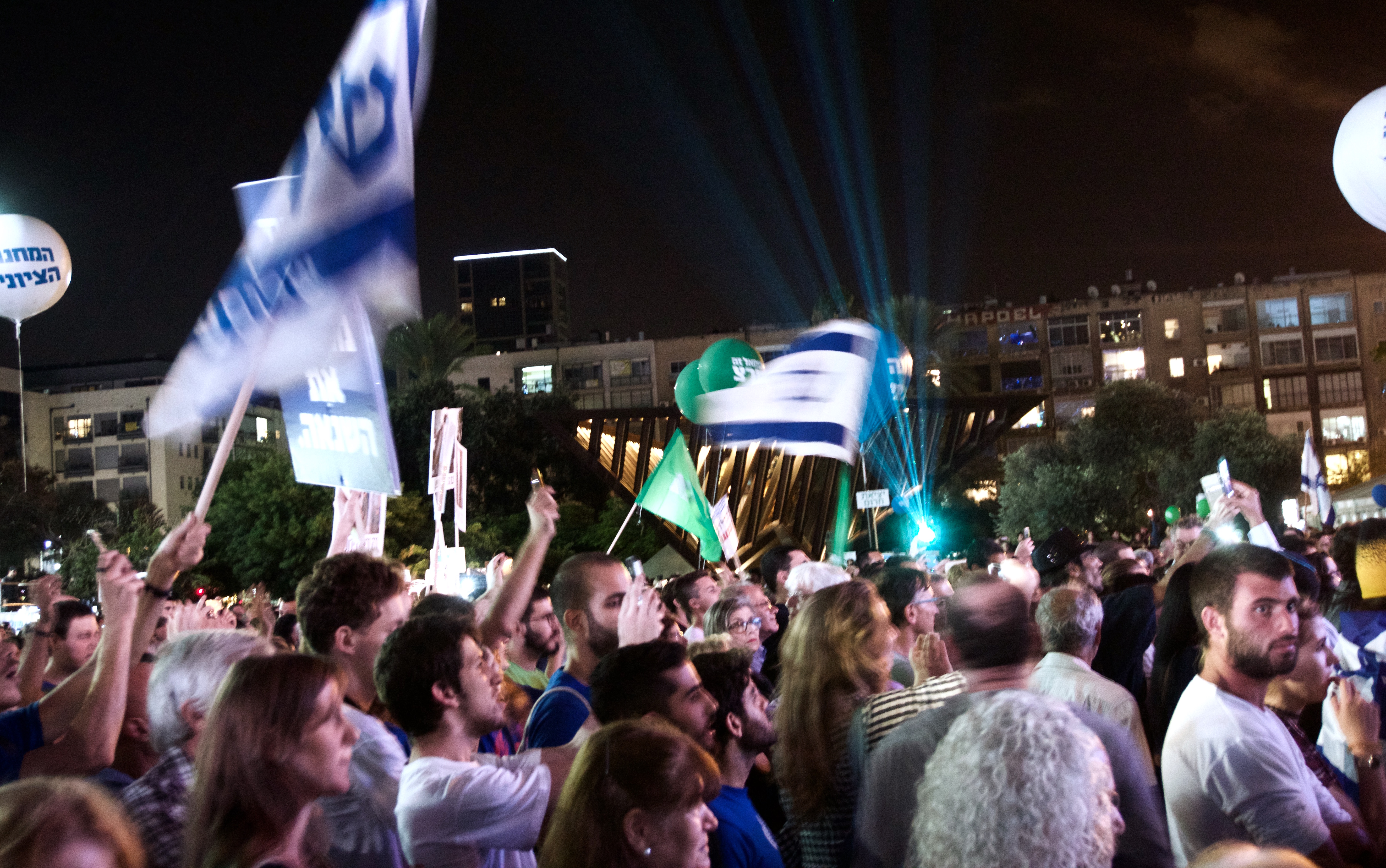 People who support Zionism often do it with a kind of romantic naivete, without necessarily having very much understanding of what it really means.

The result of this ‘consensus’ is, that those who question these basic assumptions about Zionism, become ‘extremists by default’, as they supposedly advocate for putting Jews in peril.

This is how the suggestion that anti-Zionism is anti-Semitism gets its strength. The binary ‘for or against’ leaves no middle option – you’re either for Zionism, which means you care about Jews (and as Jews are people, you are thus a humanist), or you’re against it – which means you don’t care about Jews (thus you would be a hater, or a careless person).

This is the nature of demonisation against the idea of opposing Zionism. Even if it is Jews doing the challenging, it is being reduced to the sense of a rather wierd, careless and irrelevant fringe.

But this whole perception is intrinsically lacking of another consideration: what this means for Palestinians. This consideration is typically placed as a secondary one, under the supremacist-colonialist nature of the Zionist venture – it is in the nature of, at best, “we’ll have to solve that one later”.

Zionism is a prejudice. It’s about first, supposedly, ‘taking care’ of Jews in a land they decided to ‘return’ to after 2.000 years (really, to colonise). Then, ‘taking care’ of the Palestinians in the sarcastic sense – through ethnic cleansing and Apartheid.

Zionism assumes that Jews are a ‘race’, an ‘ethnicity’ – which is a false assumption. It also assumes that the Jews will always be persecuted – even if there are periods of no-persecition. Regardless of the fact that most Jews don’t live in Israel, thrive internationally, and that Israel is the most dangerous place for Jews today, the Zionist logic says that Israel is a ‘good insurance policy’ – ‘one day they will all thank us’.

So the Zionist logic doesn’t let go of history. 2.000 years is but a short leap across time for the ‘return’ of the ‘chosen ones’, the eternal people of God. And if you thought this was only a religious belief that is not reflected in the supposedly secular state – look at the ‘Law of return’, 1950. That’s what it’s called. This is why it is possible to say that Israel is a religion-state.

So these eternal ‘rights’ supersede rights of actual people who live in Palestine for many generations. Zionism doesn’t let go of it’s clutch of history, and it likewise won’t let go of the notion that even if it’s relatively good for Jews in the world now, it might be bad in the future – some time, some place.

Because of this ‘potential hazard’ to the Jewish ‘people’, the ‘insurance policy’ must be kept – at the expense of the Palestinians. They just happened to be there, wrong time, wrong place.

Persecution of minorities is something that occurs in the world, and is an unfortunate consequence of nationalism and tribalism. It is a very worthy cause, to combat it. Jews could be part in that fight – and have also been. But Israel is no model of respect for minorities. Not to speak of how it made its ‘Arab minority’ – through ethnic cleansing. So Israel is in fact a model for intolerance of minorities. Its brutal treatment of Palestinians naturally results in some animosity towards Jews internally and globally (it’s Jewish State, remember?), and so the claim of ‘anti-Semitism’ is conveniently buttressed.

So what to do about it now? Zionism is today for all purposes and intents the backer of egregiously discriminatory practices: ethnic cleansing, Apartheid, even genocide. The question of what to do with it should, on the face of it, have been crystal clear and completely uncontroversial to any liberal mind today: relinquish it. Alas, due to the annihilation-panic (within) and guilt-indoctrination (without) of Israeli-Zionist Hasbara, this obvious solution has become ‘controversial’. But this solution is not only simple in essence – it is very practical: Israel would offer equal rights to all and addresses the crime of ethnic cleansing by allowing Palestinian refugees return. The era of Zionism would be over, and Jews would live with non-Jews under equal terms. Judaism would be restored to its proper place as a religion rather than a nationality.

Then, Jews may be able to play a real role in seeking to improve minority rights, justice, equality and liberty throughout the world – which would also be ‘good for the Jews’, but also for everyone else. Right now, thanks to Zionism, Judaism is a fat cat, keeping the mice in the holes and guarding its sour cream, fighting for the ‘rights’ of fat cats.

Why is the Israeli government displacing Bedouins from their homes?

Citizens of Israel who do not protest this extreme injustice are in fact supporting the government in its racist policy.