Muslim immigrants from the Ottoman Empire, especially from what today are the countries of Syria and Lebanon, immigrated to the state in the 1890s, if not before. But it was only in the twentieth century that Islam in Indiana began to develop as an institutionalized American religion that, like other American religions, created self-sustaining religious congregations and other non-profit voluntary organizations.

Arriving in Michigan City during the first two decades of the twentieth century, hundreds or perhaps more Muslims, along with Arabic-speaking Catholics and Orthodox Christians, settled along the shores of Lake Michigan. Industrialists such as John H. Barker recruited immigrants, including Syrian-Lebanese, to work in the car shop foundries. 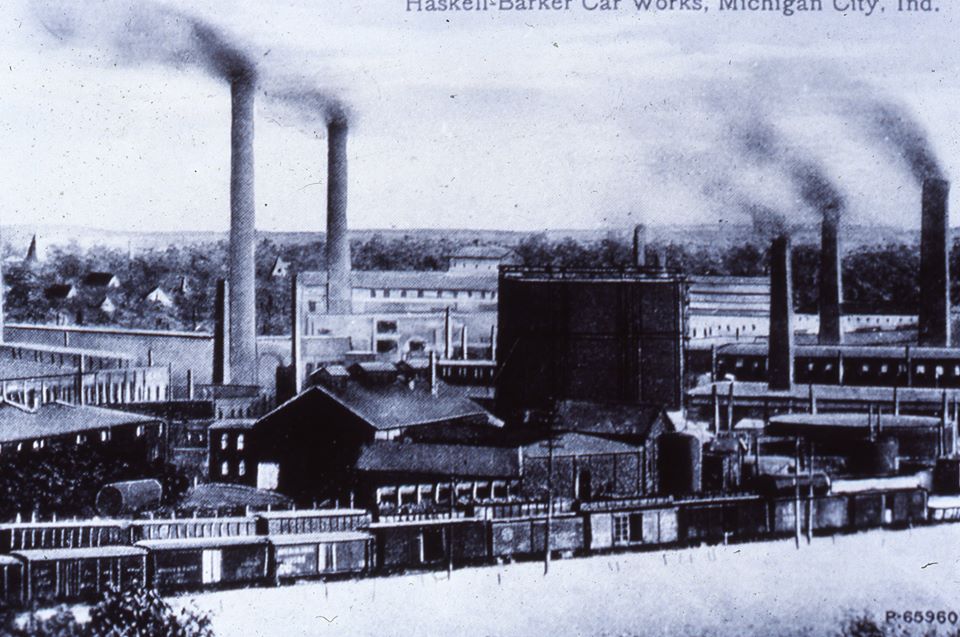 Michigan City was an immigrant town. In 1930, 8,641 residents out of its population of 26,735 had at least one parent who was foreign born. But not all immigrants were treated equally. Germans and Poles had a relatively easier time gaining citizenship rights and finding social acceptance than the Syrians did. The federal government intervened in local naturalization cases to deny citizenship to Michigan City’s Syrian population, claiming that they were Asiatics (or what today we call Asians) and thus ineligible for U.S. citizenship under the 1790 Naturalization Act. By the 1920s, however, thousands of Syrians, both Muslims and Christians, had become naturalized citizens because of their military service in World War I. According to World War I draft registration records, 269 Syrian-born Hoosiers registered to serve in what was called the “Great War.”

Syrian Muslims had a harder time finding social acceptance than Syrian Christians did. First, Syrian Christians sometimes distinguished themselves from their Muslim neighbors by referring to Muslims as “Turks.” Second, some native-born Americans feared that Muslim males would harm American women. In 1907, for example, a Syrian Muslim man was accused of insulting a “lady”–which at the time meant a white woman–in Washington Park. A mob enforced an extra-legal ban against Syrians in the park for months. During this time, the Michigan City police arrested another Syrian man who was accused of illegally picking flowers there, although it was later discovered that he was only carrying them through the park. Syrians also tangled with one another, often dividing into groups formed along lines of their towns of origin and/or religion. Describing one brawl, a 1907 edition of the Michigan City Evening Dispatch claimed that “ordinarily they manage to get along fairly well, but [in this case] it is said that both factions had indulged freely in the use of intoxicants.” 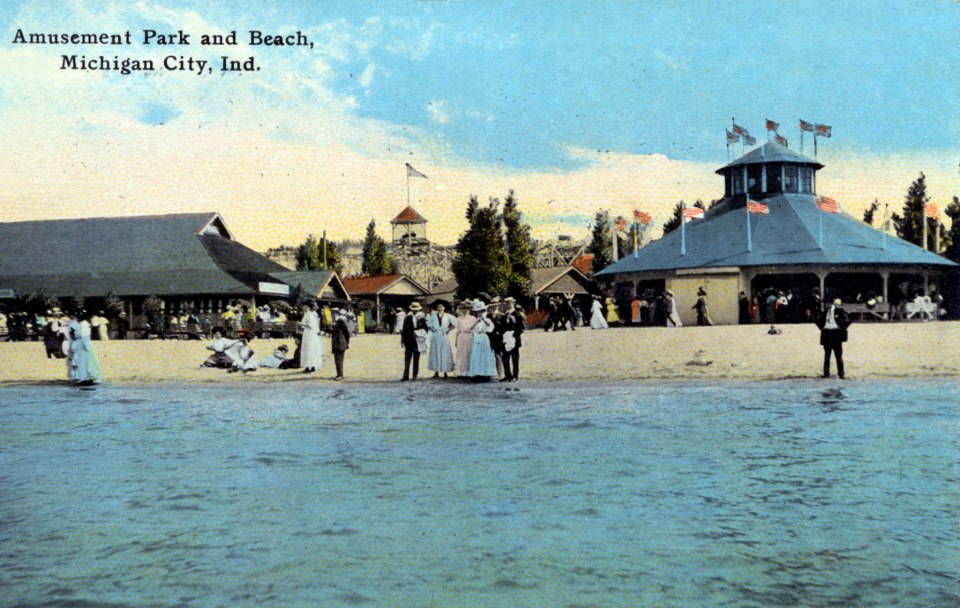 In addition to encouraging their community to serve in the U.S. armed forces in World War I, Syrian community leaders saw the establishment of religious congregations and associations as a powerful means of integration into Michigan City and the United States. The first Muslim congregation in Michigan City was incorporated on April 26, 1914, as the Bader Elmoneer Society. Its leader was Hussein AbouDeeb Mohamed. During that decade, according to another Muslim immigrant, Hussein Hussein Ayad, at least two other Muslim groups were formed.

All three groups were short-lived, but by May 15, 1924, many of their supporters came together to form the Asser El Jadeed, or the “New Generation,” Arabian Islamic Society. Like other religious communities in Michigan City, this new generation of Muslims not only met together for prayer but also for fellowship. A rare photograph of one of those gatherings reveals the diverse generational styles of the congregation. Some women wore dresses and covered their hair with head scarves; some men wore suits and fedoras. But others donned the “Great Gatsby” styles of the Roaring 1920s: women in flapper hats and men in flat hats, also known as a golfer’s or a newsboy’s hat.

Asser El Jadeed purchased a section of Michigan City’s Greenwood Cemetery so that Muslims could be buried according to Islamic tradition—wearing a simple white cloth with the body facing toward Mecca. Its first leader was Nefew Sam Jazzeny, who married Emily Mohamed of South Dakota, and raised a family in a town that increasingly relied on tourism to sustain its local economy.

Asser El Jadeed also purchased land at 119 W. Second Street and eventually erected what was probably Indiana’s first purpose-built mosque in 1931. The simple, brick building with a gabled roof looked very similar to many of Michigan City’s churches. The front section of the mosque featured a short minaret that looked more like a chimney than the stereotypically tall, sometimes slender towers of Syrian mosques. In addition to serving as a space for congregational prayers, the building contained a banquet hall where families would gather to enjoy Syrian-Lebanese food and one another’s company. 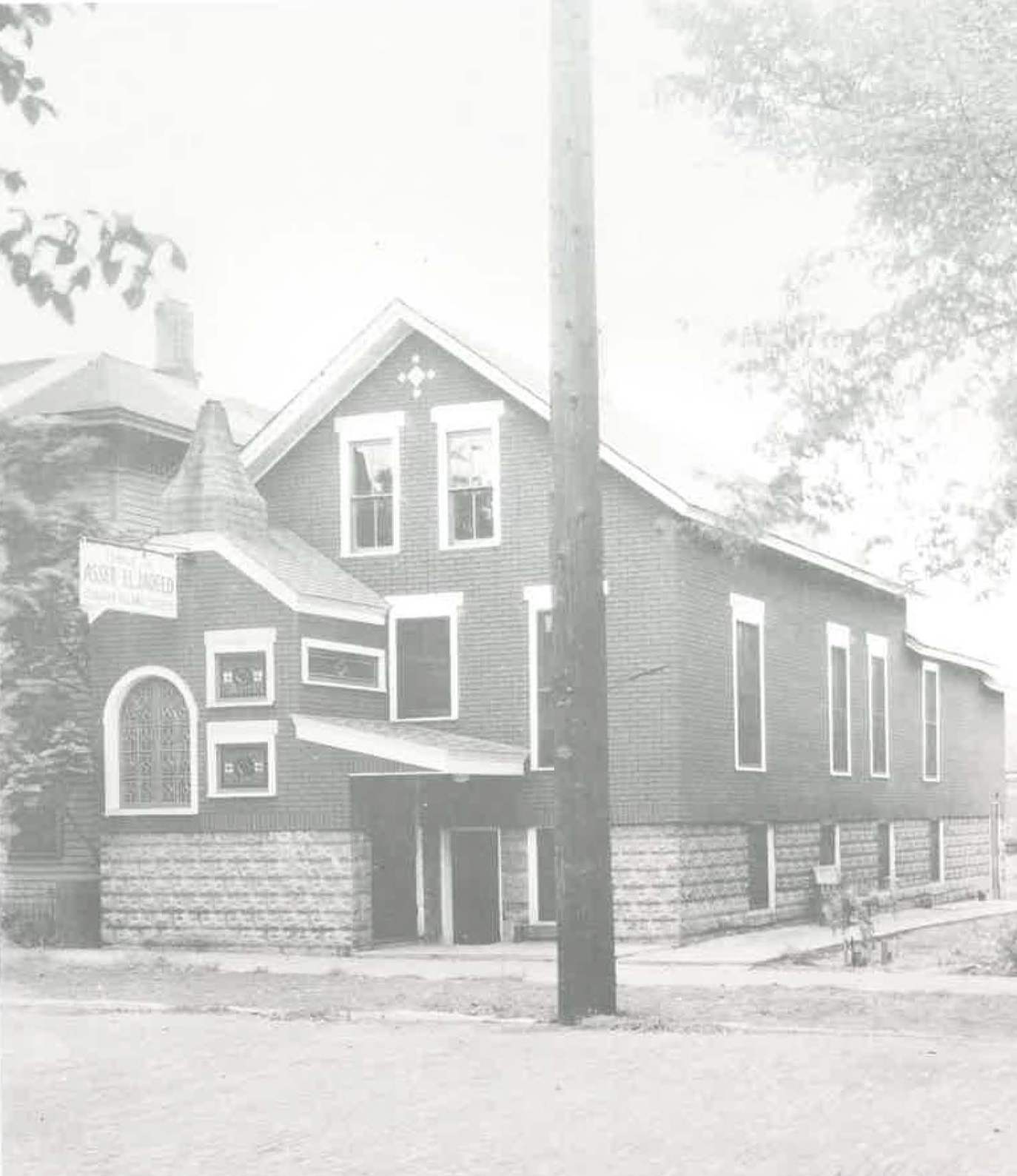 Likely unknown to the non-Muslim residents of Michigan City, Indiana, was the fact that the first mosque built in Indiana was a Shi‘a Muslim mosque. Many of these Shi‘a Muslims came from the part of Syria that would later gain independence as the Republic of Lebanon. Lebanon had a large Shi‘a population then, and today, they are the Muslim majority in that country.

The mosque stood until 1969, when the Michigan City Redevelopment Department purchased the building as part of an urban renewal program. On October 24, 1969, the Asser El Jadeed Arabian Islamic Society reorganized under its present name, The Islamic Center of Michigan City.

Though this landmark of Indiana’s religious history has been physically erased, recalling its presence has never been more important. Mosques have been part of Indiana’s landscape for more than eight decades. Indiana, like Michigan, North Dakota, Iowa, and Illinois, should be seen as one of the states that made the American Midwest a cradle of Islamic institutions in America.

This entry by Edward E. Curtis IV originally appeared on edward-curtis.com. A version of the article appears on The Turban Times with permission.

"Barghouti, if you are going to break the strike, wouldn't you prefer pizza?"