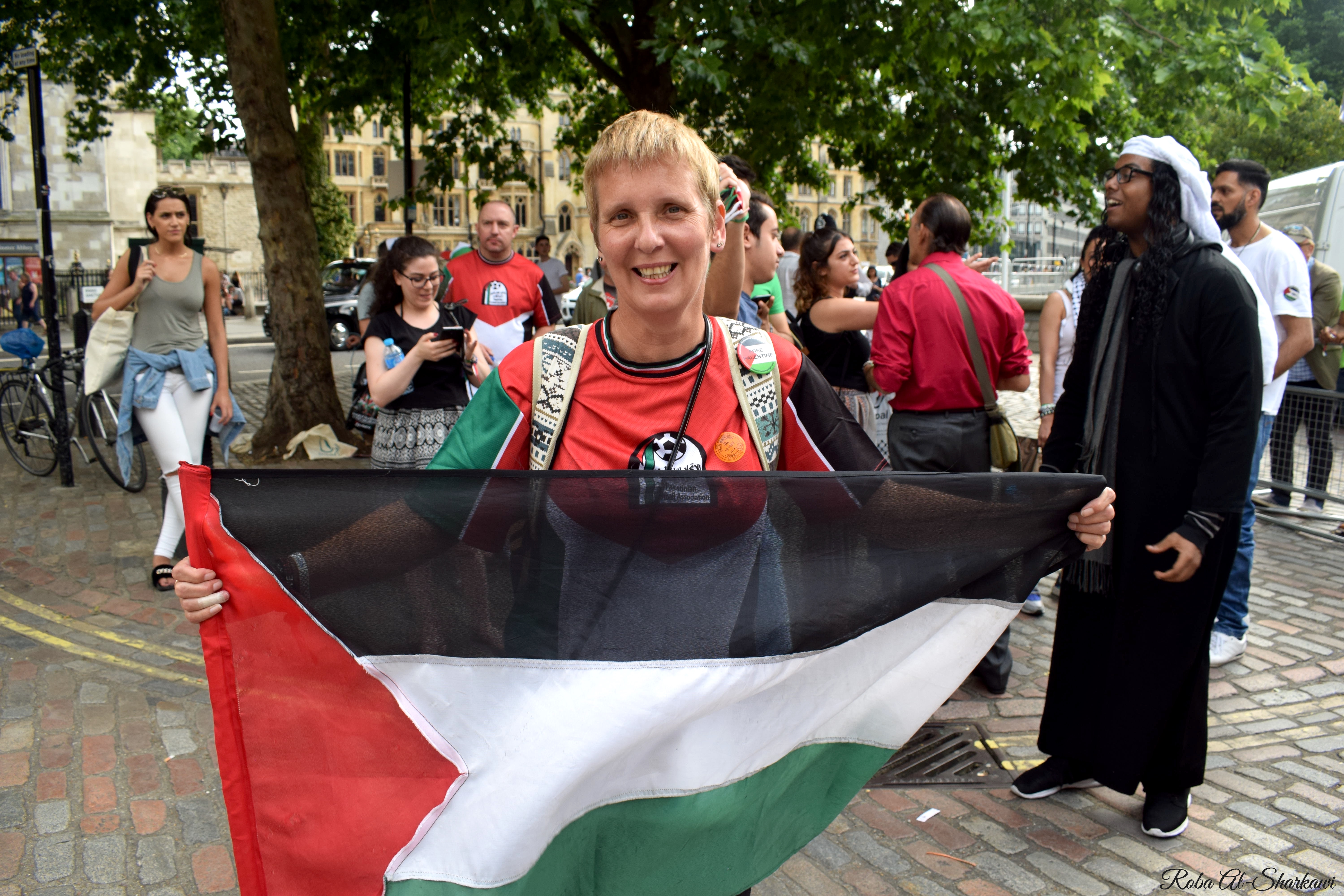 More than 15,000 people showed up in the Queen Elizabeth ll Centre at this weekend’s mass Palestine exposition held in the heart of London, organized by the UK non-profit NGO, Friends of Al-Aqsa.

Though most attendees were Brits, European and foreign tourists from all over the world guested the two-day Palestine focused events in central London as well, which offered a series of activities of debates, lectures, film screenings, photo exhibitions, music events, theatre shows, Dabke workshops, traditional Palestinian live kitchens, and much more, marking 100 years since the Balfour Declaration, 50 years of Israeli military occupation, and 10 years of the Gaza blockade.

The political events, panel debates and talks, included a range of speakers from the UK, Israel, the Palestinian Territories, and elsewhere, with prominent figures such as Tariq Ramadan, Professor of Contemporary Islamic Studies at the Oxford University, director of Palestine Studies and the University of Exeter, Professor Ilan Pappe, award winning journalist John Pilger, journalist and author Ben White, as well as politicians such as Tommy Sheppard, British MP for the Scottish National Party, and known Israeli and Palestinian activists like Miko Peled, Iyat Burnat, Ronnie Barkan, Emad Burnat, Mariam Barghouti, Farah Nabulsi, and more.

The Turban Times live at the Palestine Expo in London, covered by our Palestine blogger, Masih Sadat.

Taking up a whole of four floors, the exposition, branded ‘largest Palestine event in Europe’, welcomed guests to the world of Palestinian history and culture, all in an attempt to bring to focus the alarming situation of Palestinians living under Israeli siege and military occupation for half a century now.

“Through the passage of time, and the irreversible damage caused by the Israeli occupation of Palestine, the Free Palestine movement remains at the centre of political debate around the globe. This is also echoed in Britain, where millions are becoming aware of the on-going Israeli aggressions, and a cycle of violence which has ensued … Our vision has always been to bring about justice and peace between Palestinians and Israelis. We recognise that in order to achieve this, Israel must end the occupation of Palestine and free the Palestinian people. Through Palestine Expo we can play our small part in bringing the Palestinians and Israelis closer to negotiations” – Chair of Friends Of Al-Aqsa, organizer of the exposition.

Despite efforts by pro-Israel groups in the UK – who also showed up in a total of 10-15 people throughout the weekend to protest outside the entrances – to prevent the FOA’s exposition from succeeding, the weekend-long Palestine event took place as planned, and, according the organizers and many of the guests, ‘with great success’, motivating the group to repeat similar projects in the near future.

Hamas’ new charter and Meshaal’s gamble on the losing horse

Meshaal made a gamble on moderation, but he gambled on the losing horse.