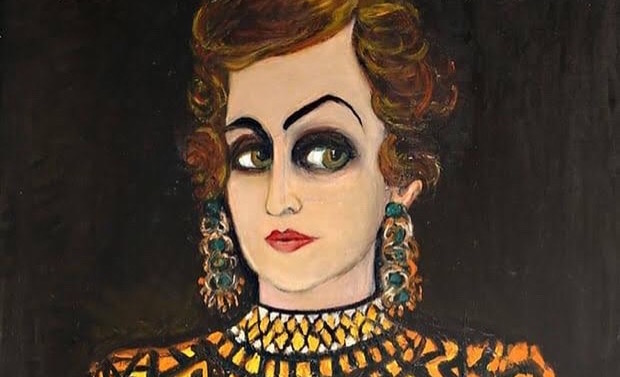 It’s my pleasure to take over The Turban Times’ Instagram feed this week. I’ll be sharing images of life in Istanbul through my eyes and will also come with some tips of what to do in Istanbul if you ever found yourself lost here. Please feel free to ask any questions!

Mimar Sinan was the chief Ottoman architect and civil engineer for Sultan Suleiman the Magnificent and is considered one the masterpieces of Mimar Sinan as well as of the Ottoman Empire. The Süleymaniye Mosque in the Fatih district of Istanbul mesmerizes its visitors with its grand design and details. In the garden behind the mosque, there is a lovely terrace and amazing views of the Golden Horn and Bosphorus. Although it is not the largest mosque in Istanbul, it is definitely one of the most beautiful I have ever seen.

There is always a feeling of awe when you step into Hagia Sophia in the Sultanahmet district of Istanbul. But if you dig into the history of this impressive sight, it has maybe one of the most turbulent histories of any museum in the world.

Hagia Sophia was first built as a cathedral at Constantinople in the 4th century by Constantine the Great. The church was burned in the 6th century and rebuilt again.

In the same century the church was destroyed by an earthquake. In the 13th century the cathedral was attacked by the Crusaders. In the 15th century when Sultan Mehmet conquered Constantinople, he also converted the church into a mosque and Hagia Sophia served as the principal mosque for almost 500 years in the Ottoman Empire.

When Mustafa Kemal Ataturk founded the Turkish Republic in 1923, he also secularized the mosque and turned it into a museum.

One of the eight wonders of the world, this is an amazing sight that should not be missed.

Arada Café is the cutest little café tucked between Galata and Tophane on Lüleci Hendek Street and absolutely one of my favorites in Istanbul. If you are in the mood for excellent Lebanese and Syrian cuisine and music from Fairuz during the daytime, this lovely café is the perfect place to do so. It does not only serve the most delicious Levantine breakfast I’ve tasted in Istanbul, the staff and the owner are also extremely friendly which makes you feel home right away. An ideal spot to meet friends, hang out or get your work done.

Istanbul Museum of Modern Art is a great way to get lost amid excellent contemporary art.

Right now, you can see an exhibition from Princess Fahrelnissa Zeid, who was a Turkish painter born on the Princess Islands in Istanbul in 1901 during the Ottoman Empire. She was one of the first women to study at the Istanbul Academy of Fine Arts and married in to the Iraqi Hashemite royal family. Best known for her abstract paintings, she lived in Baghdad, the glorious city of the East, where she found great inspiration by the colors of Tigris, Karbala and the traditions of Babylon in her work. She also lived in Paris, London, New York, Brussels and other cities after the Second World War. Fahrelnissa Zeid moved permanently to Amman in 1976 where she established an institute of art bearing her name.

It is said that her work is a fusion of Byzantine, European and Islamic influences. Fahrelnissa Zeid’s paintings can be seen at Modern Istanbul until July 30 and at Tate Modern in London until October 8.

The Spice bazaar, also known as the Egyptian Bazaar, is a favorite when it comes to bazaars in Istanbul. Being one of the oldest in Istanbul, it is sometimes translated as ‘corn bazaar’ because the word ‘misir’ both means Egypt and corn in Turkish. Many spices were brought from Egypt during the Ottoman Empire, hence the name ‘Egyptian Bazaar’. Here you can buy spices from all corners of the world, Turkish delight, cheese from different cities in Turkey, caviar and deli meats such as pastirma. If you are a coffee addict like some of us, then visit Kurukahveci Mehmet Efendi just outside the Bazaar and buy very delicious Turkish or Yemeni grounded coffee.

Bosphorus is the strait connecting the Black Sea to the Marmara Sea in Turkey. It is said that it is one the most strategic waterways in the world. 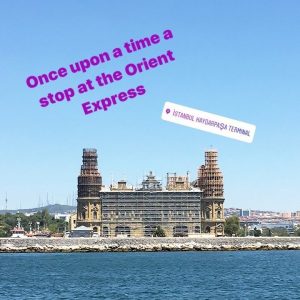 I saved the best for the last as I think the Bosphorus is the most stunning part of the city. The strait is some 30 kilometers long with two bridges connecting Asia and Europe.

The first bridge is called the Bosphorus Bridge (the bridge was renamed ’15th July Martyrs’ following the coup attempt last year) and the second is called the Fatih Sultan Mehmet Bridge.

According to the Montreux Convention Regarding the Regime of the Turkish Straits of July 1936, Bosphorus is handled as an international shipping lane, although Turkey can retain the right to restrict in special cases. Many tankers and vessels transit via the Bosphorus and some ships even wait 20 days to be able to pass through. Here is an Egyptian shipping vessel passing through the Bosphorus.

The best way to explore the beauty of this strait is by taking a ferry from one of the many harbours in Istanbul and stop wherever you please.

That was all for now – stay tuned for more posts in the future from the grand city of Stamboul!