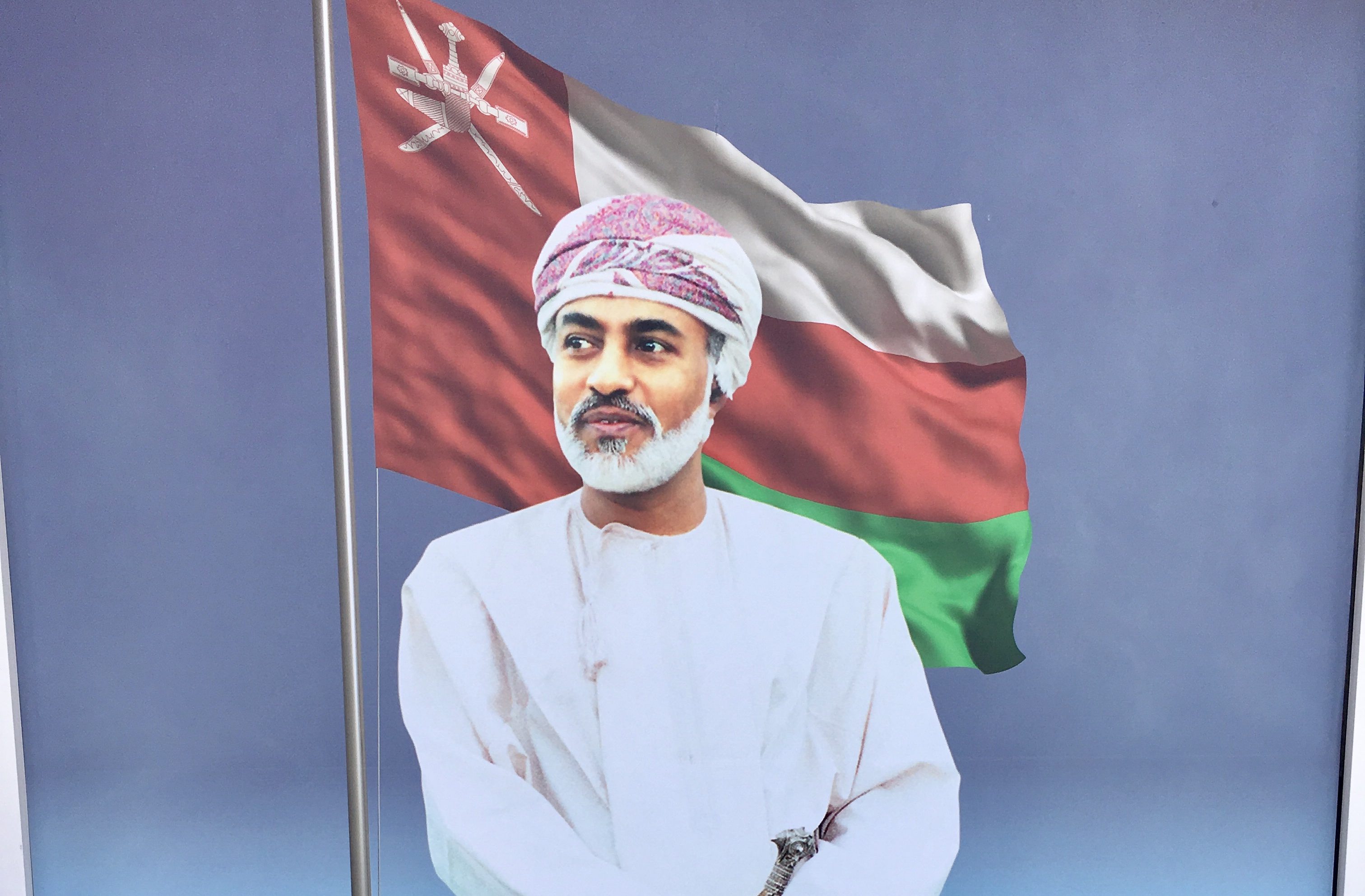 On Oman’s National Day, November 18th, Omanis and expatriates alike gather to celebrate. Cars are adorned with decorations in the national colours red, green and white. Houses are decorated. Streets and buildings are lit up. Posters flank the roadside. Cakes are made especially, and the Omani flag can be seen everywhere.

Days not so long gone

On July 23rd, 1970, His Majesty Sultan Qaboos bin Said Al Said seized power over Oman from his father, Sultan Said bin Taimur. Sultan Qaboos took over a relatively isolated country. There was no modern infrastructure in terms of roads, an education system or health care, and freedom of choice for the people was severely restricted.

“My people, my brothers,” his 1970 appeal to the people stated, “yesterday was dark, but with God’s help, tomorrow will be a new dawn on Muscat and Oman and all its people.” (Referred in Plekhanov 2004:97)

Oman became a ‘modern’ society very quickly. The country’s oil revenues were further developed. Schools, hospitals and roads were built, houses shot up, the economy was opened to foreign investments. Electricity and water supply were secured and a commercial airport was built. Omanis living overseas were encouraged to return home. All Omanis, both men and women, were encouraged to get an education and work to help build the country. Citizens were given the right to vote, a formal governing system was established.

The city of Muscat has grown enormously, but buildings are uniformly coloured and lie relatively low in the scenery. Muscat may be the administrative and economic heart of the country, but the villages and the countryside remain important. People own land in their village and village farms are still operating – some using the old aflaj irrigation system.

Though English is widely spoken and a variety of languages are heard in the cities, Arabic is the official language of Oman. It is taught in national schools and heard everywhere. Though Oman hosts a diverse population of expatriate residents as well as growing numbers of tourists, efforts are made to show visitors not just modern city life and shopping centers, but also desert life, Islam as part of everyday life and Omani history.

Remember the past to venture into the future

It is important to remember one’s roots.

It is important to remember what Oman used to be like not too long ago, I was told by an Omani friend today. Forgetting a difficult time is easy, she said, but remembering reminds us of the possibilities we now have. When my father was young, she shared, he had to leave Oman to get an education. When I was the same age, I went to school in Oman and on to study overseas. When it’s my son’s turn, he will have choices and opportunities.

Choices and opportunities. That’s worth celebrating.

Author’s note: This is an extremely short and simplified version of Oman’s modern development, accompanying a photo series. For further information and reference, see for example: