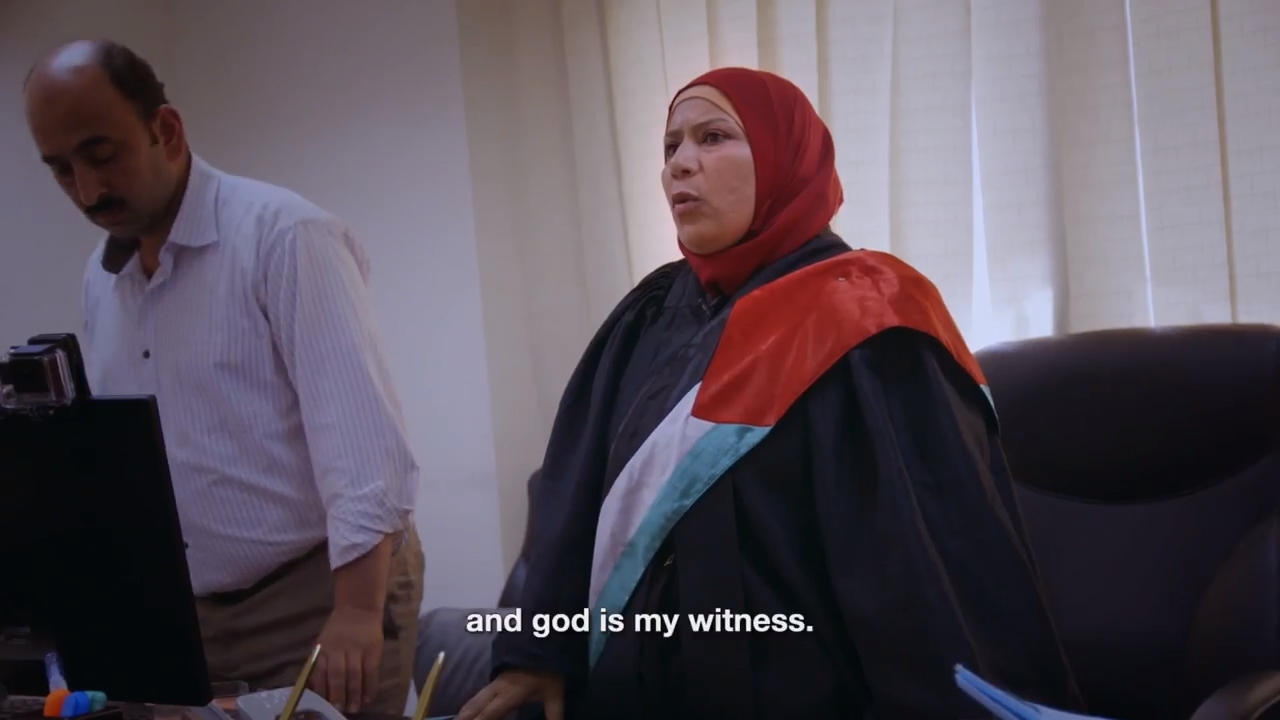 CPH:DOX 2018 from a MENA perspective.

This year I had the great pleasure of covering Copenhagen International Documentary Film Festival, otherwise knows as CPH:DOX, on behalf of The Turban Times. CPH:DOX introduced the festival with the following words;

The documentary film is an artistic reflection, that gives us the reality back – in an edition with room for the unthinkable experiment, the new thought and the solution which no one had ever thought about. Most often seen through human eyes and with an artistic presence, the genre of the documentary film makes up a mandatory pillar in any democratic education.

And I have to say that I agree with these words! For years, I have been watching several documentaries a week. I love how the reality is presented through the eyes of an artistic director. I love how I always feel enriched and slightly more enlightened after watching a documentary. Whether it is a topic I have no knowledge about, or something I am already interested in, the power of the documentary genre somehow always manages to take its toll on me.

I often choose a documentary over a fictional movie. I don’t know whether it is because the reality scares me or simply intrigues me but I cannot deny my love for documentary films.

For the 2018 edition of CPH:DOX, 200 films, debates, meetings, dinners, concerts and other events were a part of the program.

Covering the festival from a MENA perspective, I managed to watch 13 documentaries during the festival. Most of the screenings I attended were either followed by a short debate or a visit from the director giving both the audience the opportunity to ask questions and the director a chance to elaborate on the film. The fact that so many directors and experts take the time to debate, rethink, rediscover and explore the reflection of reality presented through documentaries is just one of the reasons why I’d recommend you to visit CPH:DOX in the future. My other recommendation is to watch some of the many great documentaries I managed to watch. Here are my top picks:

The controversial wall that separates Israel and Palestine is four times as long and in some places twice as high as the Berlin Wall. A wall and a tragic symbol, which has as many connotations as there are people on both sides of the age-old conflict. The Oscar-nominated British author Sir David Hare (‘The Hours’, ‘The Reader’) has written the screenplay, and all the images in the political and intellectually astute ‘Wall’ are beautifully animated – but based on real footage, discussions and meetings. Hare takes part in the film himself, and enters into dialogue with both his Arab and his Israeli friends about the prospects of a solution and the possibility of peace. With unmatched British gentlemanliness and a deep insight and experience of the region’s history, Hare guides us confidently around the nuances of the inflamed conflict. Artistically eminent and with an exemplary political outlook.

When he was 15 years old and still a part of the ultra-orthodox milieu of Jerusalem, Meilech had a ‘sugar daddy’ 15 years his senior. A relationship that – like so many others of its kind – was filled with sexual abuse, blackmail and psychological violence. But now he is looking back to find out what actually happened. And to confront his old tormentor. Through diaries and photographs, he decides to reconstruct the affair in an unusual taboo-breaker of a documentary, which moves around like a film noir in the city’s dark and labyrinthine streets, where the inhabitants’ stares at Meilech and the small film team are hostile at best. A friendship ensues between Meilech and the young man whom he casts to perform the reenactments, and who himself has his own traumas – and together they set out to confront their status of being a victim of pedophile abuse, which has defined their life until now. ‘Conventional Sins’ won the main prize at the Jerusalem Film Festival.

When the Palestinian woman Kholoud Al-Faqih for the first time stepped into her country’s supreme court and said that she’d like to be a judge, she was laughed at. But just a few years later, she was appointed the first female sharia judge in the Middle East. The fact that the strong-willed Al-Faqih is also a self-proclaimed, active feminist does not diminish the contradictions – at least if you look at them from our end of the world. But when ‘The Judge’ takes us to her work in a world dominated by men, the political realities and cultural ideas about justice and religion are suddenly put into perspective. Here, each sentence does make a difference. Every day is a courtroom drama, and even though she has worked her way to the top in a male-dominated system, Kholoud Al-Faqi and her progressive colleagues have to constantly navigate in a field of conservative dogmas and political and ideological reforms. The filmmaker Erika Cohn met Kholoud when she herself studied Islamic feminism, and has created a thought-provoking portrait of an unusual woman who has the courage of her convictions.

Tempelhof was a cornerstone of Hitler’s plans for a Third Reigh. Today, the runways around the closed airport in Berlin are a beloved park with urban gardens that bustle with life. But since 2015, the airport has also been a temporary home for over 3000 asylum seekers. One of them is 18-year-old Ibrahim, and his life in a German limbo is the center point of Karim Aïnouz’s richly detailed and omnipresent film from the human state of emergency in a Babylonian microcosm. There is hope, warmth and humour in Aïnouz’s superbly observed film, which with a compassionate eye for both the big picture and the smallest details takes stock of the European refugee crisis and which will surely leave its own impression on our collective understanding of it. While Ibrahim and his friends struggle to learn German, the employees of the enormous Tempelhof complex work to accommodate the new arrivals and to prepare the residents for what awaits – no matter if they are granted a residence permit or not. A film in the grand format, but with both a heart and a confident eye.

A Woman Without a Name (2017, Farzan Khoshdast)

Behind the solid concrete walls of the women’s prison Gharchak in Iran’s capital, Tehran, four young women open the door to their lives and innermost thoughts. They reveal their downfall into substance abuse and violent crime, which led to a life behind bars. All four are sentenced to several years of imprisonment for assault and murder. Their children play on the grey stone floor in the prison, where the women’s only contact to the outside world is through a pay phone. Violence, coercion, abuse and sexual assaults were the recurring reasons why the young women broke with the outside world’s expectations of proper female behaviour – and sacrificed their lives in the process. Farzad Khoshdast’s paradoxically poetic ‘A Woman Without a Name’ is rich in both shades and contrasts. With the prison as a final destination and a symbolic backdrop, the film also addresses the structural causes for the young women’s downfall – which in their own words was a desperate attempt to get away from a tough reality.

Two men are relaxing in a sparsely decorated room after a long day in the battlefield. A group of young boys run around noisily and laugh, like 10-year-olds do. The difference is just that these boys are the sons of ISIS warriors who are lounging about in the room. Their goodnight stories consist of tales from the war and about martyrs, who have sacrificed themselves as suicide bombers. When the goodnight stories are finished, their fathers kiss and hug them and say ‘I love you’ before the lights are turned off. The boys want to be like their fathers, and several of them are named after what most people would call terrorists, but who are considered heroes here.  Syrian filmmaker Talal Derki has lived over two years with the ISIS warrior Abu Osama’s family, and his both shocking and deeply human ‘Of Fathers and Sons’ gives us a unique look at the surprising tenderness that hides under the feared black flag of the Islamic State of Syria. For even if you love death more than life, the love of your children is still greater than both taken together.

A closer look at the reaction to the Tamimi case

Why is it that Tamimi has become the poster child of resistance here in the West? She is certainly not...