From Kabul to Nashville: Building bridges via photography

Throughout the west, creative initiatives are launched in an attempt to challenge the war and conflict-dominated media coverage of the Middle East.

Young Americans and Europeans with roots in the region, in particular, are dealing with their frustrations with what they view as an imbalanced depiction of a wide, diverse region with much else to offer than seemingly only conflict and tragedy. By visualizing everyday lives of the peoples in the region, these alternative media projects are seeking to nuance and humanize westerners’ information on the wider Middle East and build bridges between the two.

One such project is the Tennessee-based non-profit organization Relief Without Borders, previously known as People of Afghanistan. Focusing on the art of photography, young Senzela Atmar is facilitating from Nashville a successful platform through which a broad, international audience are given an insight into everyday life in Afghanistan as well as the option of directly contributing to the restoring and empowering of the war-torn country.

Born in Afghanistan herself, for Senzela, founder of RWB, the project also has a very personal aspect to it. 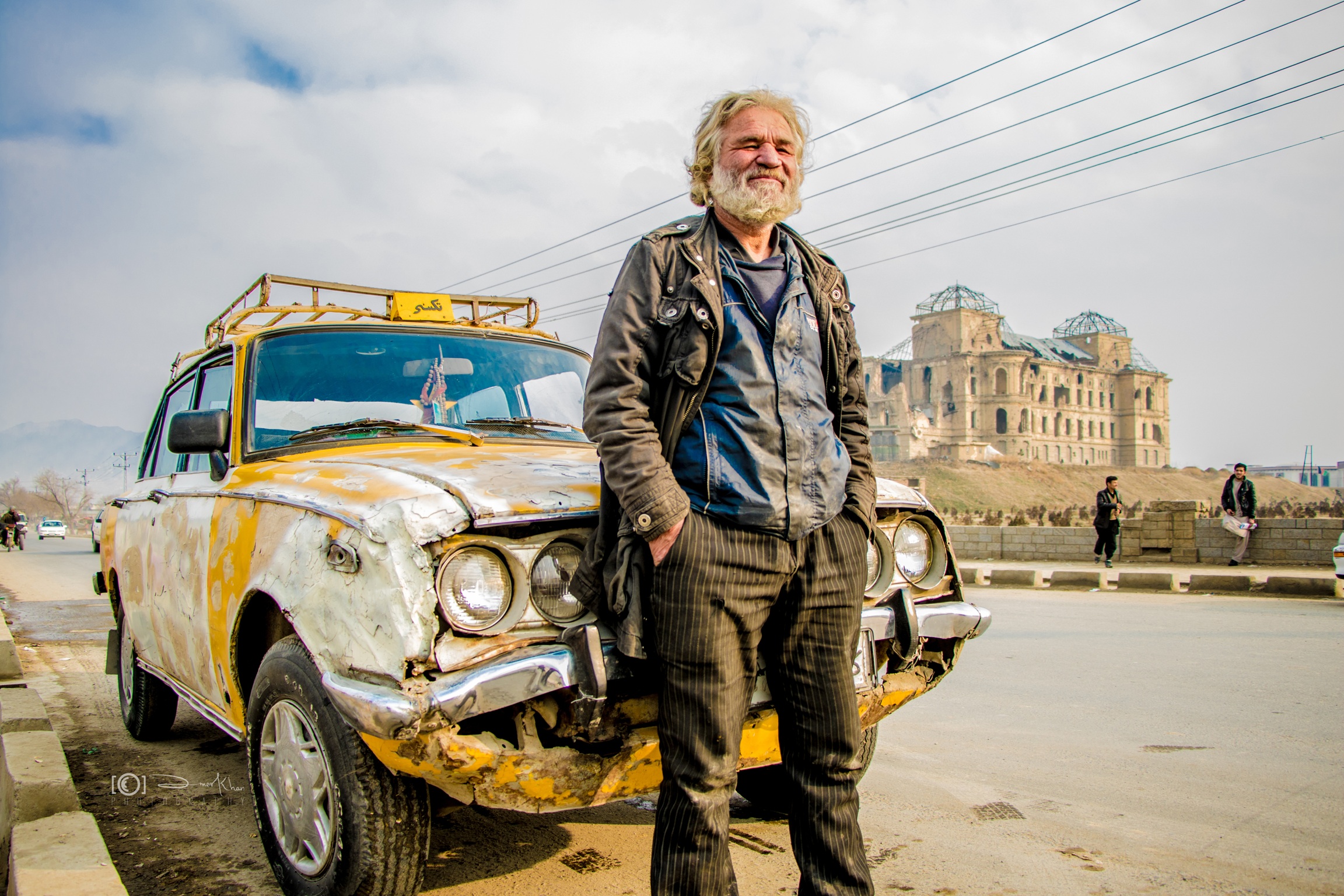 “My father taught others how to be a mechanic, so I naturally learned the skill. My father also told me to join the military – to help defend our country. After many years in the military, I became a taxi driver. 35 years later I continue to drive the same vehicle. I don’t know how I haven’t wrecked it, or how the engine hasn’t broken down.” Credit: Relief Without Borders | http://www.reliefwoborders.org

Senzela Atmar was just a small child when she and her family were forced to leave their home country in 1995. A 72-hour long ceasefire offered the Atmar family a rare chance to flee the shelling and rocketing of Kabul, crossing the border to neighbouring Pakistan where they sought refuge in the camps. 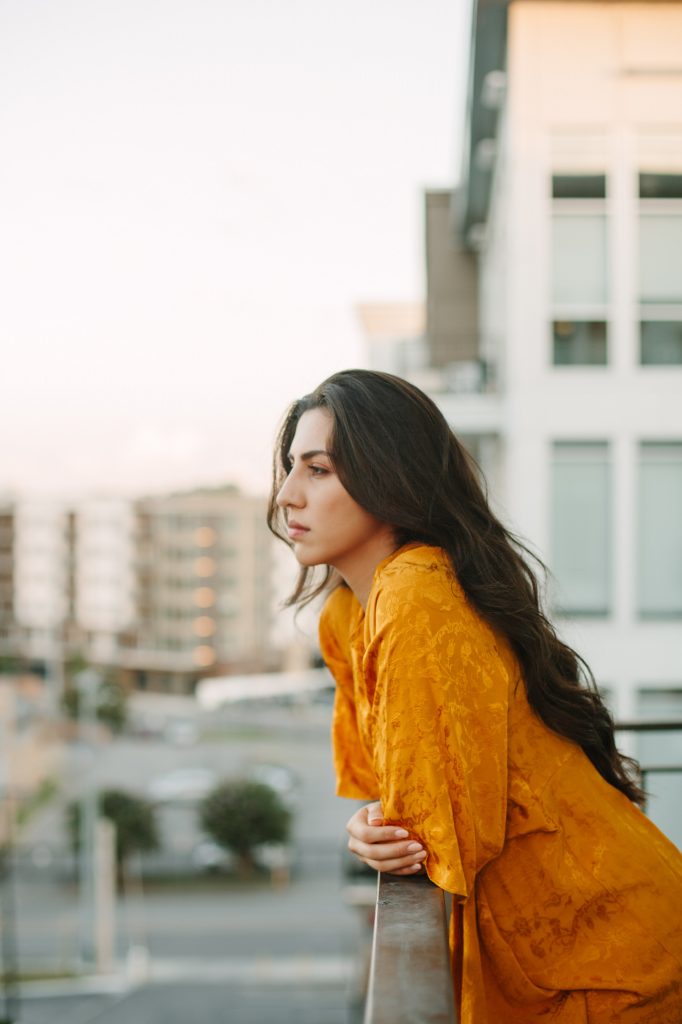 After two years of waiting and living under harsh conditions and extreme insecurity, during which Senzela’s 11-year-old brother was murdered by the Taliban, hope finally arrived when the family of seven received news from their visa lottery, containing a chance to join their relatives in the United States.

Years later, now a citizen in the US, Senzela has certainly not forgotten about her country of birth. By making use of the knowledge and tools that she has gained through her growing up in America, Senzela decided to materialize her wish to give back and support the people of Afghanistan by launching the awareness and empowerment project, Relief Without Borders: “It’s like this big circle for me right now, where I’m trying to use the skills that I’ve learned in the US to connect the two countries and show people here how to get involved in the Middle East.” 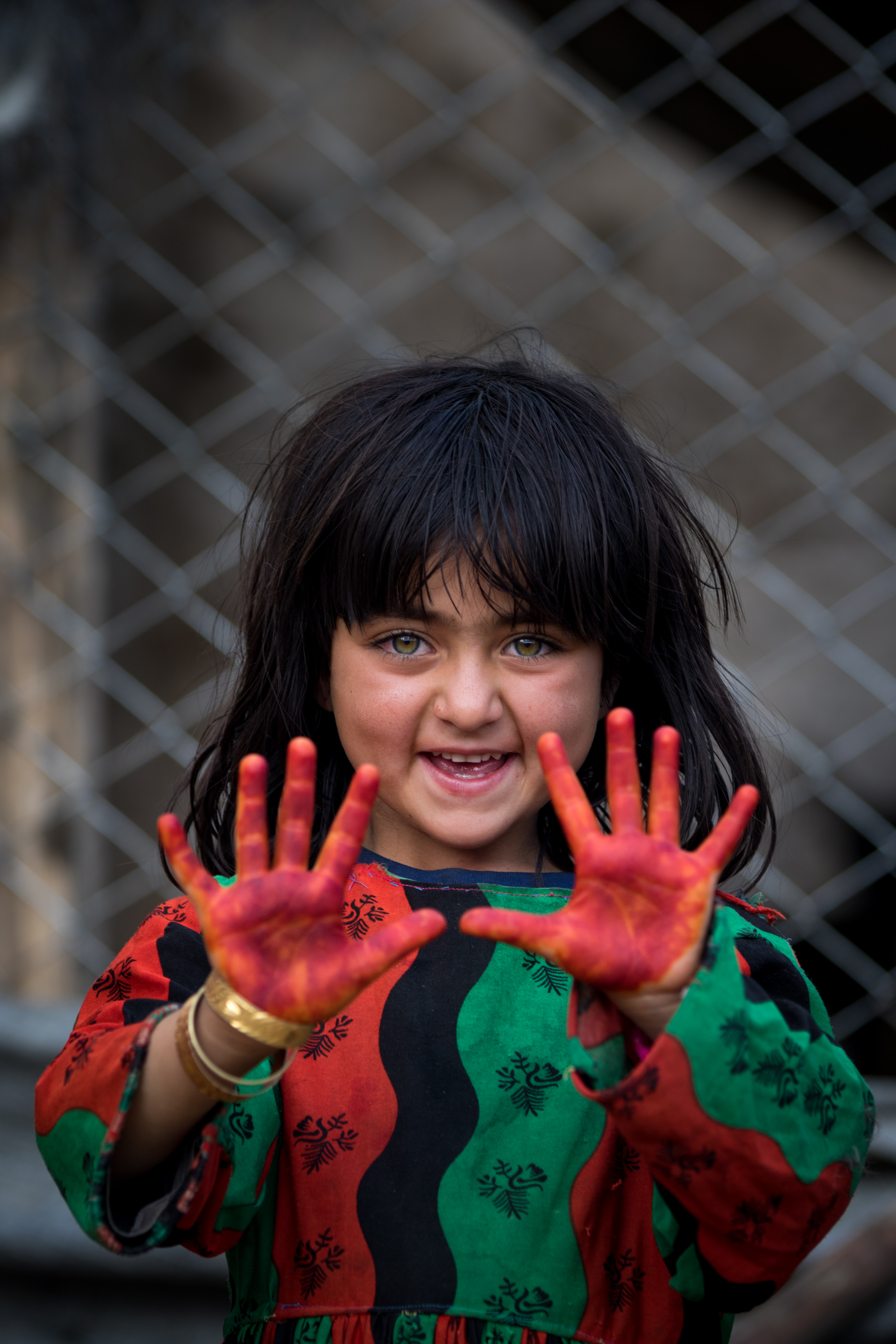 Faroza is the oldest daughter to an Afghan family that migrated into Kabul from the Laghman province, that was no longer safe for their family so they were forced to move. In this picture, Faroza indulged in adding Henna to her hands. Henna is a temporary dye prepared from the plant Lawsonia inermis. Credit: Relief Without Borders | http://www.reliefwoborders.org

Social media as a gateway

Senzela Atmar believes Americans’ knowledge on Afghanistan and the Middle East region in general sorely lacks nuance, restricted only to what they see and hear in the news, and it has long been her wish to bring about change in this regard: “I’m always having conversations in which people ask me about my name and where I’m from. And so every talk I have ends up becoming about Afghanistan, and then I always have to clear the air and tell them how it’s not a bad country. It’s sad because I can tell that the only thing they’ve seen is in the news and what they show in the news is scary men with AK47s killing each other. I’m always defending it. After getting tired of doing that at a local level, I wanted to create a project where I could show this common humanity.” 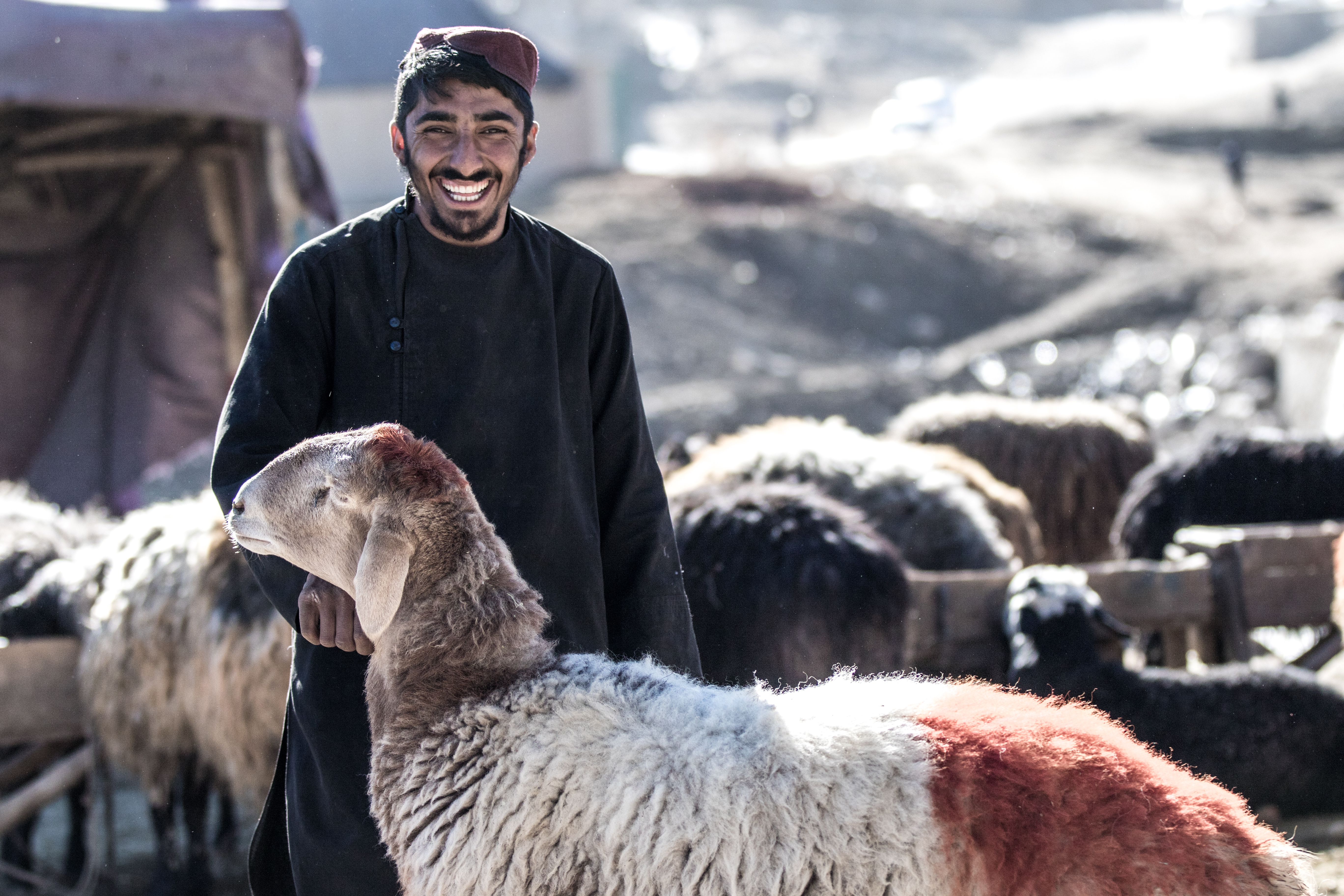 “I herd my male sheep every year to the “Eid-al-Adha” celebration, an Islamic holidays celebrated by Muslims worldwide each year to commemorate the willingness of Abraham to follow Allah’s command to sacrifice his son.” Credit: Relief Without Borders | http://www.reliefwoborders.org

By sharing people-focused pictures and videos on their social media platforms, captured by talented young photographers in Afghanistan, RWB communicates shared human experiences across borders – and the feedback has been overwhelmingly positive. Senzela tells of many cases where people have changed their attitudes and opinions about Afghans completely, offering consequently all kinds of help to their aid programme, and she is certain that her awareness project is having a great impact on the outside view of Afghanistan and its people.

“It is unfortunate that there are profiles classed on regions of the world,” she adds, but Senzela still enjoys creating awareness on Afghanistan: “It’s okay that people don’t know and for me it’s not a frustration. I actually enjoy telling people about it because I actually see their lack of interest for a region of the world change.”

The support for Relief Without Borders was tremendous even from the early stages, and it did not take long for the project to grow further. With more than 45,000 followers on their social media platforms, the awareness project has evolved into one of several objectives. 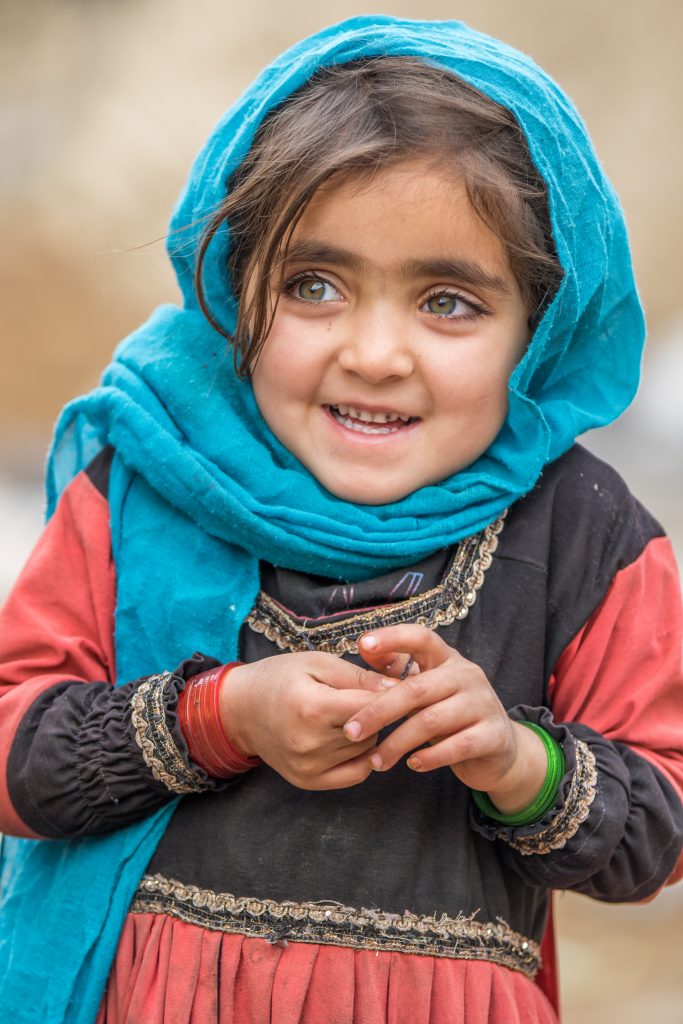 Today, the organization has launched several, successful aid missions in Afghanistan, focusing on providing basic goods and necessities to families in need, and works both with the Afghan government and at a local level. Relief work is a core element at RWB, but Senzela prioritizes education greatly as well as micro-financial projects and underlines their emphasis on empowerment and helping to self-help: “We want to provide farmers with tools so that when we leave their village they have the equipment they need to provide for their families. So it’s being smart about how you deliver and doing it strategically in a way in which people are involved.”

“The beauty in our culture speaks for itself. Traditions, the respect level that they have, the generosity. There’s just so much to show, that I never run out of things to talk about.”

RWB have great visions for the coming years and are no longer limiting themselves to Afghanistan – but right now, that’s where the focus lies. Sharing human-focused content to the outside world on Afghanistan and everything it contains, thereby nuancing the view of the country and its people, remains a great passion for Senzela and is something both RWB and their many followers are enjoying. By taking it to the next level, Relief Without Borders is now also actively engaging Americans and other followers, through their visualization of Afghanistan, in connecting with the Afghan people and supporting them in various ways. 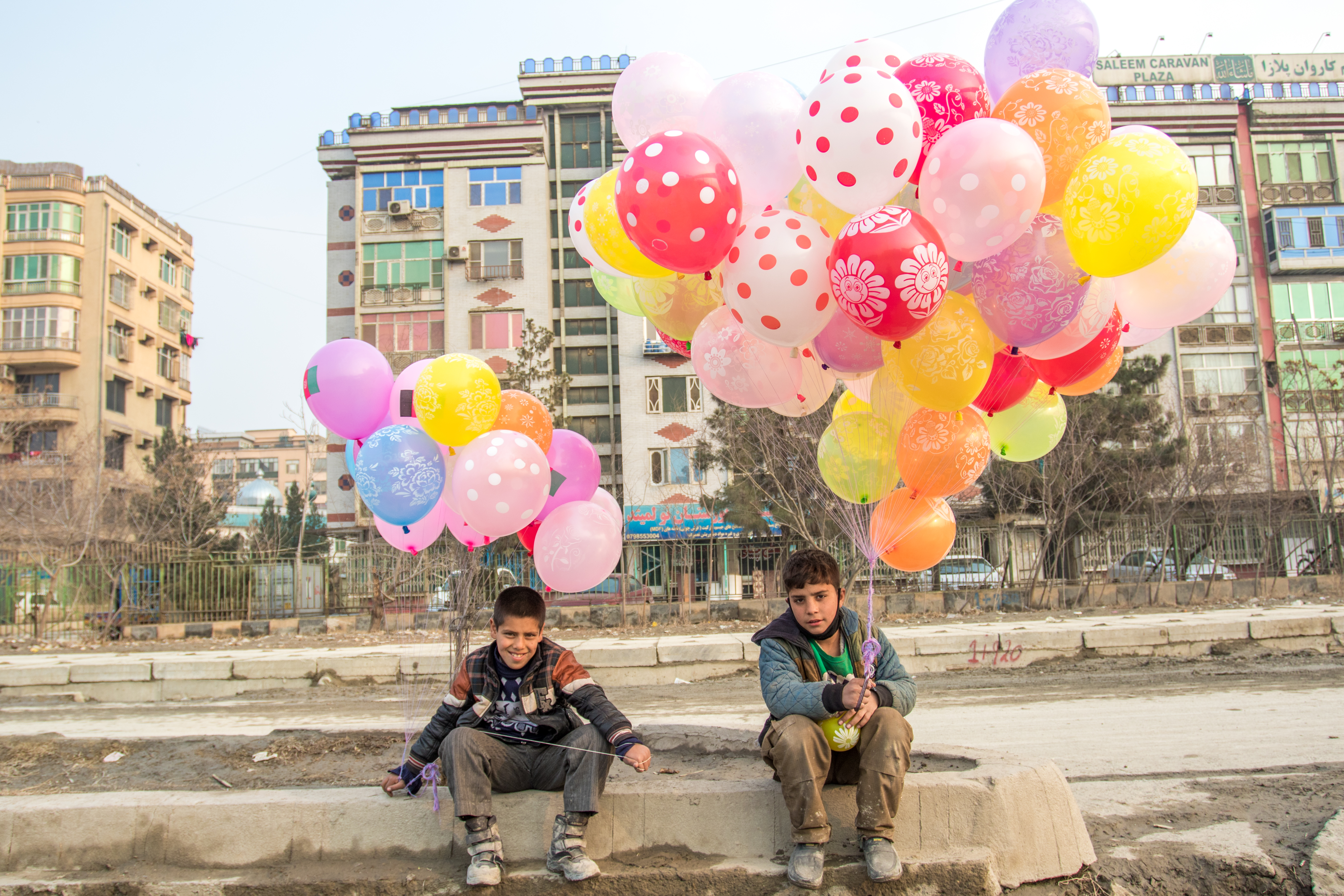 For Senzela, this seems like a dream come true. Picture by picture, she is creating awareness and building bridges while at the same time reconnecting with the place where she was born but later forced to flee from.

“I was fortunate enough to win the visa lottery to come to America but that could easily have been someone else, and so for me, I see so much of myself in the work that we are doing because I think I could easily have been another kid who lost their leg because they stepped on a butterfly mine … My heart really goes out to them.”

This article by Masih Sadat originally appeared in UN Special‘s April issue. A version of the article is published by The Turban Times with permission.

Learn more about this initiative via reliefwoborders.org or visit their Facebook page.