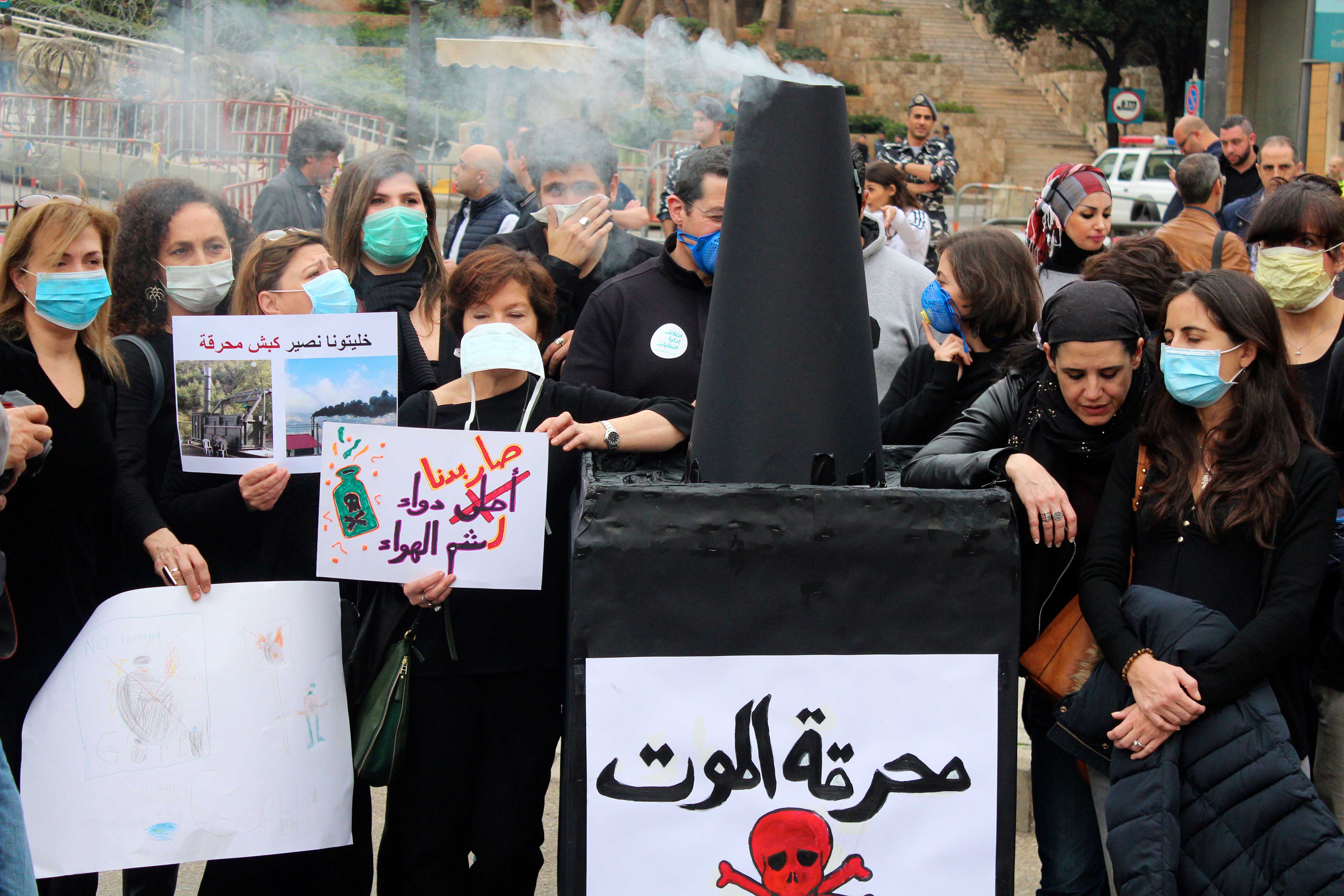 We can’t blame the Lebanese people for lack of change

Lebanon is pushing forward towards its first parliamentary elections since 2009. As it does, the rhetoric that puts the Lebanese people at fault for the lack of change and progress within the country has found ground again.

The argument, in it’s most extreme presentation, blames the Lebanese people for not taking to the streets and dismissing the politicians who have promoted nepotism and corruption, and have done little to solve any of Lebanon’s infrastructure, and social and economic issues. The less extreme version of this argument blames them for continuing to vote the same politicians into power.

For a long time, I was a proponent of this argument. Platitudes like ‘a people gets the government it deserves’ was simple enough to digest and supported this point of view. But this argument turns a blind eye on the institutional barriers and the entrenched power structures that have stopped any sort of civil progress in Lebanon.

Before making such grand accusations, though, it’s important to understand where these arguments came from. The statement ‘a people get’s the government it deserves’ is largely credited to Alexis de Tocqueville who closely studied the developments in revolutionary America. His statement was less of a criticism and more an observation of how, in a democracy, a people can elect representatives that have their direct interest in mind. In a democracy, then, a government will naturally reflect the society it is found in.

It’s immediately clear that this is not a context enjoyed in Lebanon. It can even be argued that ‘democracy’ both institutionally and historically never existed in Lebanon.

Lebanon has its history in conditions of subjugation. First, under the Ottoman empire, then, through the French mandate. Upon it’s independence in 1943, civil strife dominated the landscape culminating with armed conflict in 1952. This was followed by strangling order maintained by the security apparatus of the Chehabest era. Then a civil war lasting from 1975 to 1990/91 which ushered in Syrian influence that effectively made Lebanon a satellite state.

Realistically, then, it can be said that Lebanon’s experiment with democracy only started in 2005 after the ‘Cedar revolution’ — triggered by the assassination of the Lebanese Prime Minister who was seen as an economic reformer.

With such a turbulent history, how can one blame the people for not having any faith in the democratic process? Are we really to blame ‘the people’ for their lack of involvement in systems that has perpetuated the social divisions that can, in one way or another, be located in Lebanon’s colonial and occupied past?

Since 2005, though, a different image has been emerging in Lebanon. The country has seen a steady growth in the activity and presence of civil society organizations and NGO’s tackling issues varying from labour, human, animal, and environmental rights.

Two years ago, amid a garbage crisis, civil society, for the first time, took it upon itself to directly challenge the political status quo which currently still reflects the power structures that ushered in the civil war in 1975.

Since then, political mobilisation has manifested itself in a promising municipal electoral campaign in 2016 in the capital city of Beirut, and now through a unified national parliamentary campaign (Kollouna Watani — we all are the nation) consisting of 66 members reflecting more than half the seats of the Lebanese parliament of 128.

These are hopeful developments. Civil society mobilisations have forced even the most entrenched of their opponents to modernise their campaigning techniques and have shed light on how old political parties have manipulated and controlled elections indirectly or directly through bribes. These actions have brought about the beginning of a cognitive shift in how Lebanon and the Lebanese view their institutions and have put the focus on the theme of political accountability.

The period starting 2016 marks the first time that one can speak of Lebanon as not just a country subject to the balance-of-power politics that has dominated its landscape since its inception. But as a country with a thriving pluralism across the static social divides of days past.

With less than two weeks to elections on May 6, it remains unclear what the outcome will be. And although there is cause to be hopeful, civil society candidates on the common lists continue to skirt around major Lebanese political questions and present themselves purely as the ‘alternative’.

There is no doubt that these new candidates will present a more transparent and modern alternative, and the fact that they come from a civil society background allows us to make some assumptions as to what their policy orientations will be. Nevertheless, there remains no clarity on the concrete policy and legislative changes they will advocate for. This can easily be attributed to the fact that the lists constitute nothing more than a united front, put together from members of smaller political organizations each with their own priorities and ideological backgrounds.

All this does, though, is raise even more questions on what their role in parliament might look like and if, after being elected, they will fall victim to the entrenched power structures and end up with diffused energies unable to play an active role in the assignment of Lebanon’s next president.

Furthermore, with no clear policy suggestions, it remains unknown if they will actively seek to challenge the systemic issues that continue to emphasise Lebanon’s social divisions and empower entrenched political parties over pluralistic civil democracy.

Who is the people?

It can be argued that asking for a comprehensive policy plan is demanding too much at this stage of Lebanon’s democratic maturity. Perhaps we should be content with the fact that the new civil society lists already present a significant advance in Lebanon’s political landscape.

This brings us back to the starting point of our investigation. Hanging on to abstract concepts such as putting blame on ‘the people’ contributes nothing to our drive towards a more comprehensive analysis and understanding of the political situation at hand and how to move forward. Additionally, this being the first time where a genuine alternative existed, can we fault ‘the people’ for continuing to vote in what effectively was the only option at hand?

The idea that ‘the people’ are to blame, then, does nothing but reinforce a sense of alienation and defeatism that has been made possible exclusively through the subversion of social power by traditional political elites who seek to atomise threatening civil organization. Conveniently, this rhetoric also leaves those very elites free of blame from the manipulation and abuse of power structures that has helped cement their power.

Moving forward, it would do all of us well to abandon these abstract concepts and focus on building the grass roots opposition movements and civic engagement that has made this democratic resurgence in Lebanon possible.

This entry by Jade Saab originally appeared on Medium. A version of the article is published by The Turban Times with permission.

The Great Return March in pictures