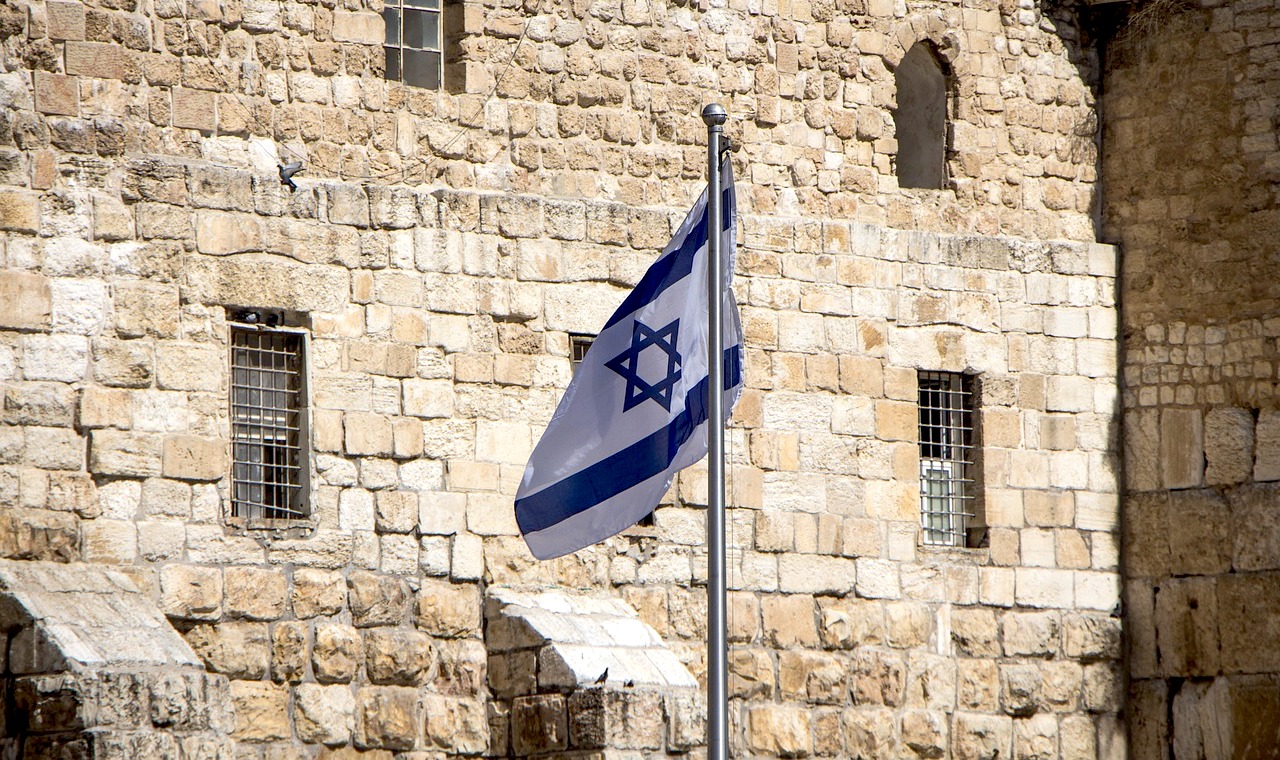 The only thing the Nationality Law shows, more than religious or national affiliation, is the priorities of the current Israeli government.

Despite how the media and academia abroad like to portray us, Israeli society is not intensely religious. The population is largely secular and the state is built on secular-socialist foundations. Very much like our other Middle Eastern, non-Arab neighbours, we have a religious minority that ties multiple knots in our Prime Minister’s stomach and prevents his sleep at night. Netanyahu fears the religious Orthodox elite, much more than Iran’s alleged nuclear weapon, more than explosive condoms and balloons launched from Gaza.

Yes, Israel was designed as a Jewish state, which at its base is exclusive. But so is every nation; pointing out differences gives you a better sense of who you are. And history provides us with multiple examples of what happened when Jews were the ‘other’. Jews needed a place where they are safe, where they were not blamed for a disappearing child, widespread of disease, war defeats, or some other economic misfortunes. So the background of religiously-based persecution and therefore unity based upon religious commonality is not an ideal start for a nation that embraces others, that is open, democratic, and welcoming. The lack of constitution also does not make Israeli democracy healthier either. However, and this is a big ‘however’, the Declaration of Independence outlines how Israel is not only a state for all Jews, but for everyone (of course, this is different from how things went in practice, but the state’s foundation is nevertheless the one to dictate attitude and design a certain political culture). Some Palestinians were integral to the state of Israel from the start. Druze, Bedouins, and Maronites have been relatively appreciated members of the Israeli society for many years, even among central Zionist figures as Chaim Weizmann.

So this is a constant dilemma in Israeli politics; the state always walks on the very thin line between ‘Jewish’ and ‘democratic’. The Jewish identity of the state – in the face of a growing secular and non-Jewish population – and the need to preserve equality, plurality, and continue to market ourselves as ‘the only democracy in the Middle East’. And the last few weeks have been a turning point, not only in Israel’s relations to its non-Jewish population, but it also took a leap towards the ‘Jewish’, with the new Basic Law (a core law in Israel’s jurisdiction, joining other ‘Basic Laws’ that replace a constitution), The Nationality Law.

On paper, the law seems harmless. It defines Israel as a Jewish and democratic state, emphasising the values of freedom, justice, and peace, preserving the rights of all its citizens as outlined by the Declaration of Independence. But the new Basic Law causes unease for two main demographics.

Israel’s secular population is rightfully worried about the assertion of religious elements in the law. Former editions of the law outline Israel’s characteristics as a democratic, pluralistic state, according to the Declaration of Independence, and “as envisioned by the prophets of Israel” (and believe me, I wish I was joking). Another currently emitted Section 14 asserted the role of Hebrew law as dictating official court conduct, and that judges should ‘prioritise the Halakha’ (the Jewish religious law) when dealing with problematic cases. No constitution to prioritise and dictate the very basic values of the state, but the Halakha. The current version does not explicitly mention democracy or pluralism. The current version defends Shabbat, the holy day of rest in Judaism, as a day of rest, meaning that public services must cease, putting an end to the secular struggles for public transport on Shabbat.

2.  National symbols of the State of Israel
a) The name of the state is Israel.
b) The flag of the state is white, two blue stripes near the edges, and a blue Star of David in the center.
c) The symbol of the state is the Menorah with seven branches, olive leaves on each side, and the word Israel at the bottom.
d) The national anthem of the state is “Hatikvah”
e) [Further] details concerning the issue of state symbols will be determined by law.

3. [The] unified and complete [city of] Jerusalem is the capital of Israel.

5. The state will be open to Jewish immigration and to the gathering of the exiled.

7. The state views Jewish settlement as a national value and will labor to encourage and promote its establishment and development.

10. Saturday and the Jewish Holidays are the official days of rest in the state. Those who are not Jewish have the right to honor their days of rest and their holidays. Details concerning these matters will be determined by law.

11. This Basic Law may not be altered except by a Basic Law that gained the approval of the majority of the Knesset members.

Another group that is fundamentally harmed by the law is Israel’s non-Jewish residents. The law might not specifically discriminate them – in fact, the law’s superficial examination indicates that it preserves their right for cultural expression, and their rights to access and preserve their holy sites – nonetheless, Sections 5-7 reserve the right for Jewish settlement and for Jews from the diaspora to obtain citizenship (see: Israel’s 1950 Law of Return), which could very easily be interpreted to a segregation of Israel’s citizens according to their ethnicity and religion, which goes against the very core of the state. Arabic, too, was demoted from a national language to ‘possessing a special status’ in the state. Again, this may not be problematic per se, and the discrimination in housing and lingual status is often prevalent de facto, but the Basic Law preserves this discrimination, rather than seek its abolishment as former Basic Laws did. That is of course additional to Section 3, which determines that a “united Jerusalem shall be Israel’s capital” (that is, both East and West), and Section 1, which preserves Israel’s status as an exclusively Jewish state, reserving the Jewish right for “self-determination”. This ignores the entire narrative of a large part of Israel’s population.

As the legislator of the law, MK Avi Dichter, has claimed, “The Law is a sharp response to the MKs from the [Arab] Joint List and whoever [agrees with them], and its meaning is clear: you weren’t here before us, and you won’t stay here after us. We legislated this important law today to prevent a trace of thought, not to mention an outright attempt to turn Israel to a state belonging to all its citizens.”

Mr. Dichter’s words may have been said rashly – even the more conservative MK Naftali Bennet is having second thoughts regarding the new law, seeing the large discontent it evoked among Israeli-Druze, the Israeli coalition’s favourite non-Jewish co-optation subjects – but the law was passed and the damage has been done, at home, but also internationally it has worsened Israel’s already-pretty-grim image.

Priorities of the government

Now, before you use this article to portray Israelis as religious fanatics, who support the law wholeheartedly with a genuine ideological belief in the power of Judaism and with hatred towards Palestinians and Palestinian citizens of the state, remember this; the last Basic Law to pass was the 1992 Basic Law: Human Dignity and Liberty – which also rose from a deeply-divided Knesset, with clashes between conservative and liberal factions, constantly threatening the Prime Minister’s position. The only thing the Nationality Law shows, more than religious or national affiliation, is the priorities of the current Israeli government, and how it deals with conflicting interests in the state; only protect themselves, turning a back on Israel’s population, whether Jewish or not, and more so, the values Israel advocated as ‘the only democracy in the Middle East’.

Israeli citizens are tired of war, and tired of fear. When the charismatic Netanyahu determines something, Likudniks and the Israeli right tend to embrace it without paying much thought. No one wants to be seen as a leftist traitor, or as the Likud likes to portray them, an internal enemy to the state.

We are more than an organization and a platform. We are a sisterhood.