Syrian boy in the streets of Beirut. Photo by Anne Kirstine Rønn

The enslavement of refugee children in Lebanon

They are present in every street. Between 60-70 percent of Syrian refugee children in Lebanon are working, the majority under conditions best described as slavery. However, their employers remain absent from statistics and courtrooms.

I spent the evening at the bike shop on the same street as my apartment a few days ago, interviewing the owner about public transportation and bicycle culture in Beirut. While talking to me, he was teaching a young boy how to fasten the chain on a racer bike. “Is he your son?” I asked. He shook his head: “No, he is a poor Syrian kid. I have three boys working for me now. They are luckier than many others. I teach them mechanics. I think it is my responsibility,” he said.

A drive in the streets of Beirut leaves no doubts: the boy in the bike shop is luckier than most of his peers. He could as well have been standing on the median strip of the roads, selling flowers, napkins and candy bars. Recently, I asked a friend of mine about the young street vendors; “Before the war in Syria started, we did have a few children in the streets,” he said. “But during the past five years, the number has escalated dramatically. Now you see them everywhere”.

On my walks in the city, I sometimes talk with the kids. All of those I met, without exception, said they were from Syria. Some of them told me they were homeless and slept on the sidewalk or in parking lots. Some were as young as seven years.

This week a new report came out. It was carried out by The Freedom Fund and revealed depressing statistics: Between 60-70 percent of Syrian refugee children are working, the majority under conditions, which the report defines as slavery. The reason for using the concept slavery becomes clear when reading the case stories. Such as those of young girls peeling garlic for restaurants for a salary of $1 per day. This is how a CEO of a Lebanese NGO describes their work: “It takes all day and all night to do 3 to 4 kg of garlic. Peeling garlic is a type of worst form of child labor, because the girl is bent over, with her hands in water. It is wintertime so it is cold. They do this every day throughout the garlic season.”

Child slavery has been an increasing problem ever since the war in Syria broke out. But in 2015, when the Lebanese government raised the requirements for residency renewal, it escalated. The new policy has left many Syrian refugees in a situation with no opportunity to work legally and children unable to go to school. Paperless refugees are forced into desperate situations to secure food on the table, the report concludes. 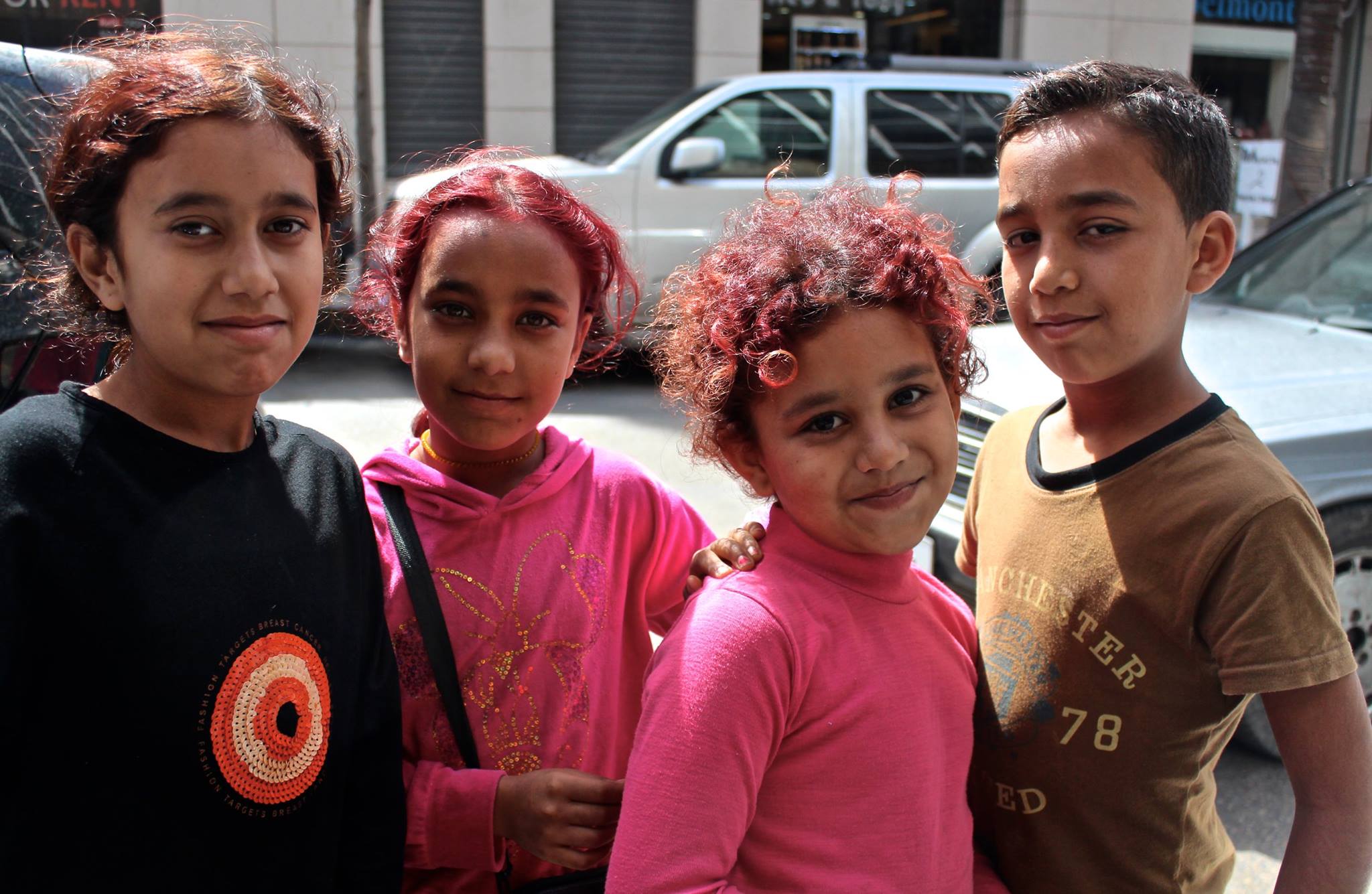 While the owner of the bike shop sees his duty in helping the refugee children, others see dollar bills. The desperation of refugees is used to generate large profits, a fact that is visible from the mountains of the countryside to the streets of Beirut.

The Bekaa Valley is one of places where the rate of child labor is highest. In this area, in eastern Lebanon, many refugees live in informal tented settlements on local farmers’ fields. Every such settlement has a landlord, also called a Shawish. Besides coordinating the camp, the Shawish is also the one, who coordinates the child labor. He will line up work for children, who will be sent to pick beans, figs and potatoes in the fields. When they return from work, the Shawish will receive their wages from the farmer and keep a portion for himself before he hands the rest to the children.

In the urban areas, the signs of coordinated exploration of child labor are clear as well. One will easily notice that all the children are selling the same brand of candy bars. They will meet in the morning, receive their box of bars and go to the spot they have been allocated. In the evening, they gather at the same place where they met in the morning. They will be brought back to eat and sleep, and hand over their earnings to a coordinator. They will only receive a little back, if anything at all.

It is hard to find a solution to the slavery of refugee children. In 2013, the Lebanese government came up with a national action plan to eliminate the worst forms of child labor. Nevertheless, according to the report by The Freedom Fund, the plan has failed to decrease the demand for child labor, and provides no penalties for employers who hire children. However, even if proper legislation were in place, it would still be difficult to infiltrate the networks. Even though is clear for everyone to see that someone coordinates the children, there are no statistics on the number of adults charged with exploiting street children. The masterminds behind child slavery operate in the shades of society and are related to criminal gangs.

The student revolution of the University of Jordan

“This is a student revolution in the happening, my friend!”