Beirut local elections: A new battle with a usual result

A low turnout. A victory to the incumbents. Suspicions of electoral fraud. Beirut local election followed in many ways the standard recipe. But there was one important difference. For the first time, the sectarian parties have met strong competition from a non-sectarian citizen movement.

A few tattered posters are hanging in the electricity wires. The police has left the streets. All ballot boxes have been counted. The results have been disseminated in the news. Beirut is in the aftermath of its municipal elections, which were held on Sunday the 8th of May. On the winning side is the so-called Beirutis’ List, rooted in the country’s greatest party, the Future Movement. On the losing side is Beirut Madinati (translated ‘Beirut, my city’), a citizen movement, without attachment to the party system.

Local elections in Lebanon are based on a simple majority system. This means the greatest party with the broadest group of supporters wins and takes all seats in the local council. In Beirut, there are 24 seats. Since the Future Movement remains by far the largest party, and has been in power in Beirut for decades, their victory did hardly come as a surprise. The course of events was, in many ways, as it uses to be.

And then again it was not. Despite the predictable result, there was something new and unpredictable about the Sunday’s election: the challenger of The Beirutis’ List, Beirut Madinati. Never before has there been a strong cross-political citizen movement on the candidate list. And because of this, the municipality elections this year was more than just the usual battle between two political competitors. It was a fight between the civil society and the established party system, an example of the struggle for change in a political environment of path-dependency. A struggle, which has become increasingly clear in the recent years.

It has to be mentioned that The Beirutis’ List did not get its support from one sectarian group alone. Former Prime Minister Saad Hariri, who is the leader of the Future Movement Party, which is known to be Sunni-based, supports the list. However, the list is also backed by the major Christian party, Kataeb, and other key Muslim movements. The broad support, however, is better understood as strategic alignments than an actual political unity. 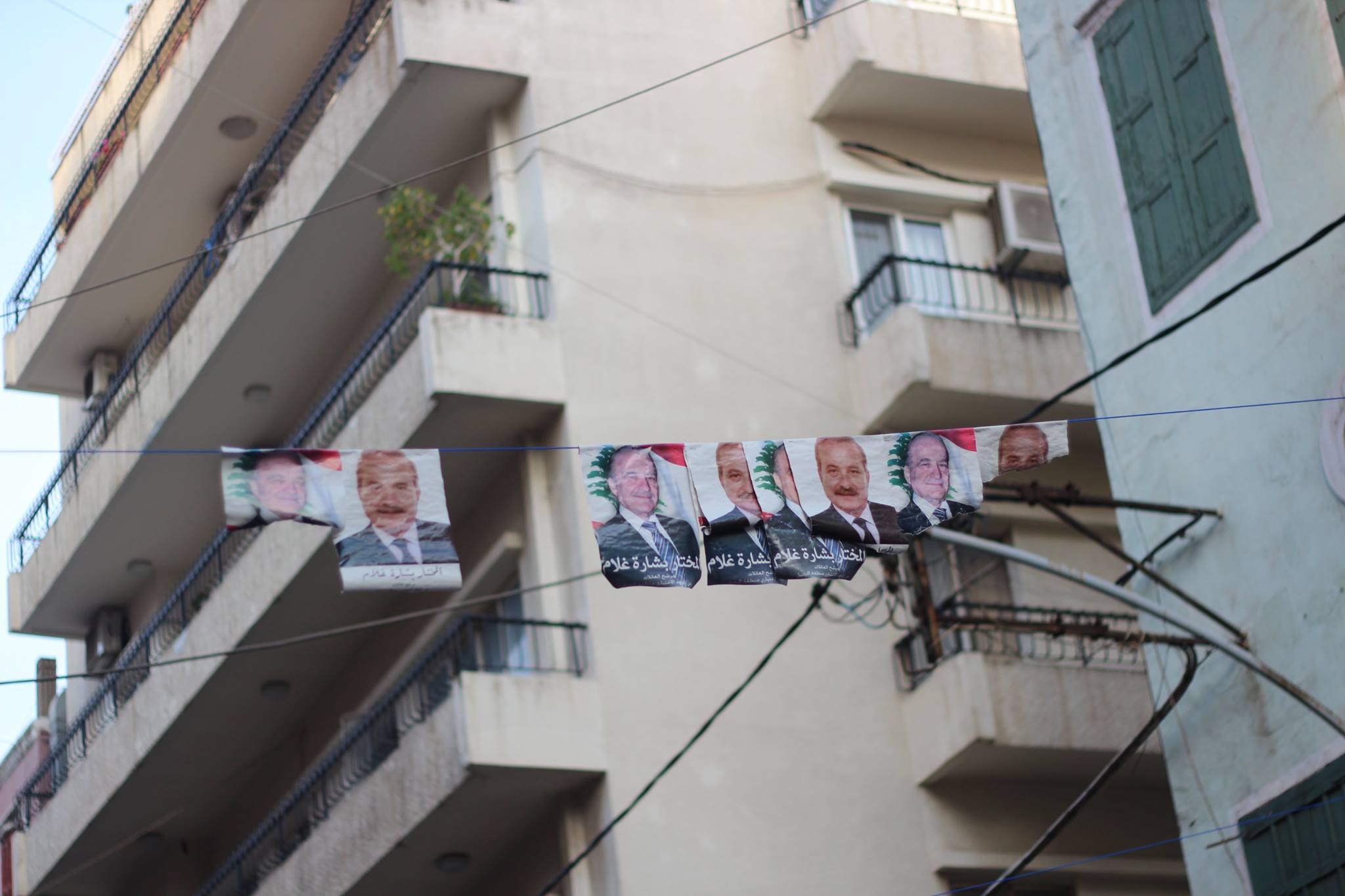 Candidates for the Beirut elections. Photo: The Turban Times

As a friend of mine said about the Christian parties backing up the Beirut’s: “on a daily basis these parties hate each other. But in the municipality elections, where they are too small to have any chance of winning, they chose to support the lesser of two evils.”

Beirut Madinati, on the other hand, has candidates from a variety of backgrounds: artists, professors and fishermen, leftists and rightists, Muslims as well as Christians. They all share a common agenda. In the period leading up the elections, Beirut Madinati held weekly public meetings to build their political pillars bottom-up. The program of the movement consists of ten points with a clear focus on environment and social development. Their most important message though, is the challenge of the sectarian system itself.

Lebanese politics are permeated by sectarianism. The seats in the national parliament are divided between all of Lebanon’s 18 officially recognized religious sects. The districts in Lebanon are as well demarcated along the sectarian lines. Many villages are identified as either Christian, Sunni, Shia or Druze, and in these homogenous areas, the local politics are a matter of competition between families rather than political parties. Beirut is different from many districts in the country because of its composition of voters. All sects and groups represented and since all the seats go to the winning candidate there are no seats reserved for sectarian groups. It is therefore perhaps in Beirut, where the greatest option to challenge the system is to be found.

A taxi driver told me the day after the election, that he supported Beirut Madinati, not for its politics but for its unity. It shows a way beyond the divisions of the current political establishment, he said. He was happy to see that people managed to work together across religions.

The questions left in the wake of the vote

Beirut Medinati did not win. On the other hand, they were not unsuccessful. The movement got 40% of the total votes and won one of the three districts with 60 percent. Official results issued by the Interior Ministry have showed that the Beirutis’ List won with only about 15,000 votes more than Beirut Madinati. If there was a proportional system in place, Beirut Madinati would have gotten at least 10 seats in the municipal council. Nevertheless, not only was the simple majority system against Beirut Madinati. Even the election constellation is in general not in favor of Beirut Madinati. There are several reasons why.

One reason is the nature of the voting districts. Lebanese are automatically registered to vote in the place their family is from, and changing district is a long administrative procedure, which most people do not even bother to know the details of. Because of this, only about 470,000 voters are registered in Beirut despite the fact that almost four times more people live there. 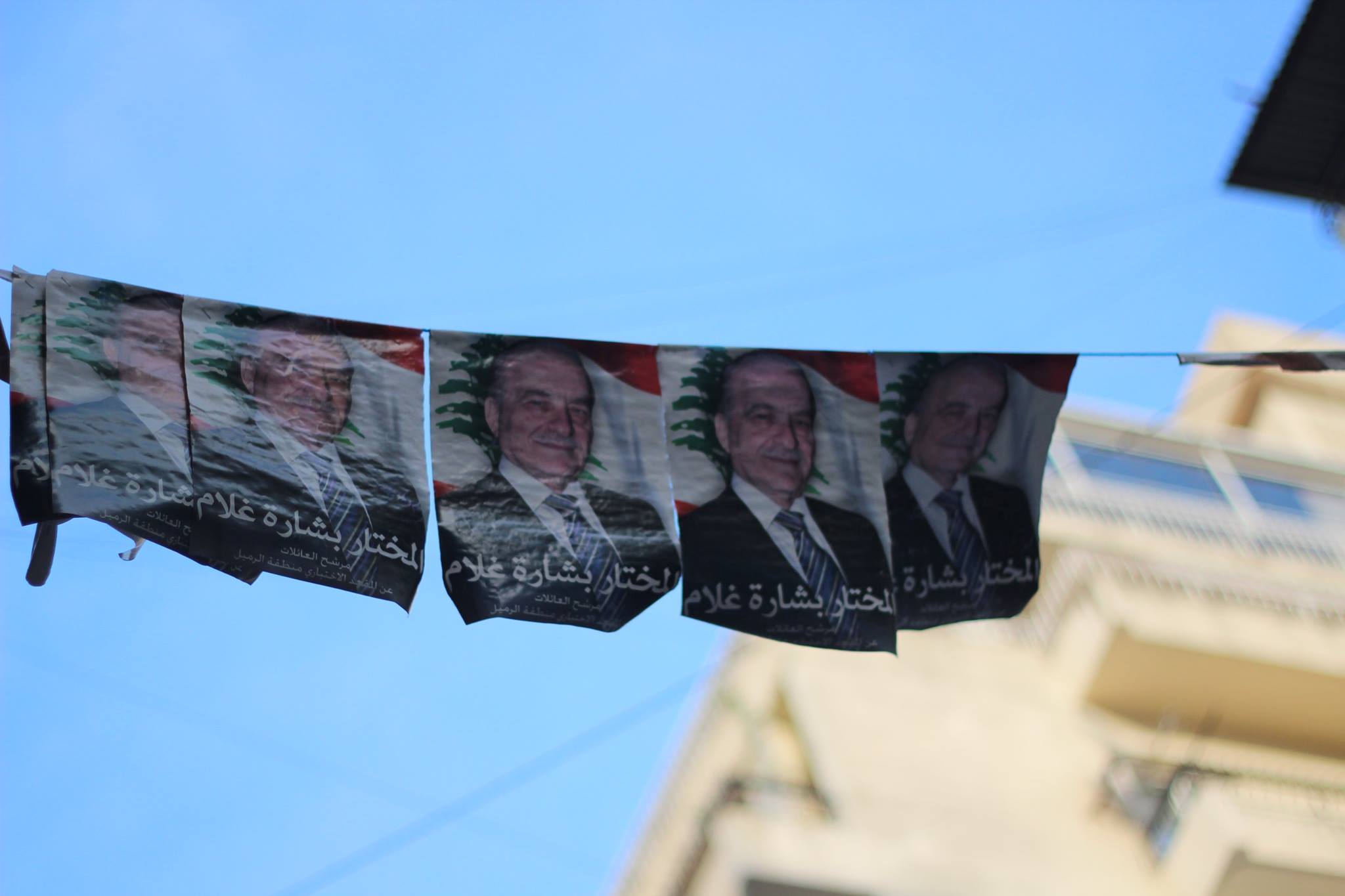 Candidates for the Beirut elections. Photo: The Turban Times

For Beirut Madinati’, whose supporters are students and young academics who have moved to Beirut from around the country, the laws of voter registration stand as a huge roadblock in front of the entrance of the city hall. I have talked to many supporters of Beirut Madinati who are not allowed to vote in Beirut. Most of them say that “democracy is more than just voting” or “I have supported their campaign to improve their chances of winning”. But in the end, their supporters lack of voter registration deprives them of the votes that may have led to victory.

Another challenge was the low participation in the vote. The interior minister said turnout was at 17.7 percent in Beirut. The voter turnout in Beirut is normally low since many of Beirut’s voters live abroad. Still, despite this, there is a clear gap to the election in the region, Baalbek, which was held on the same day had a participation rate of nearly 50 percent.

Another factor that may have deprived Beirut Madinati of its chances is electoral fraud. According to civil society sources, the Beirutis’ list has bought a number of votes, significant enough to ensure their victory. The case is now being investigated, and the coming days will show how serious the claim is.

The 40% of the votes still leaves many with the question: what could Beirut Madinati have done better to reach the last critical percent needed to win? Was there any way that Beirut Medinati could have come to power?

There are also a lot of criticism of Beirut Madinati. One of the most dominant is that they remain elitists. Mostly intellectuals attended the public meetings that they held, and the candidates were not familiar with the everyday concerns of the people in Beirut. The citizen movement should have been rooted in the citizens, and not in the civil society organizations a friend, who was a part of the campaigning team, admitted.

Another area of criticism is that Beirut Medinati was mainly Christian. The district they won was Achrafieh, which is dominantly Christian. Meanwhile the movement attracted only around 30% of the Sunni voters.

What will happen to Beirut Madinati after the defeat is another question, perhaps even harder to answer. The municipality elections are held every six years, and some doubt that the movement succeeds to sustain its support until then. There is a growing hope that Beirut Medinati can manage to transform itself into a national movement and run for the parliamentary election, which may be held in 2017. Those who argue that it is an impossible mission point to the fact that there is no space for non-sectarian movements in a parliament where the seats are reserved for sectarian groups.

Those who are optimistic note that other districts in the municipal elections have had non-sectarian candidates in the lists who have gained surprisingly large support. This may be an evidence that the Lebanese people are now willing to move beyond the sectarian system, that has defined the political landscape ever since the birth of the country.

Competitive grief in Gaza: How Hamas and Fateh show sympathy to evade responsibility

A sleepless night after the shadow of death reaped the souls of three angels while Gaza was, as usual, swamped...