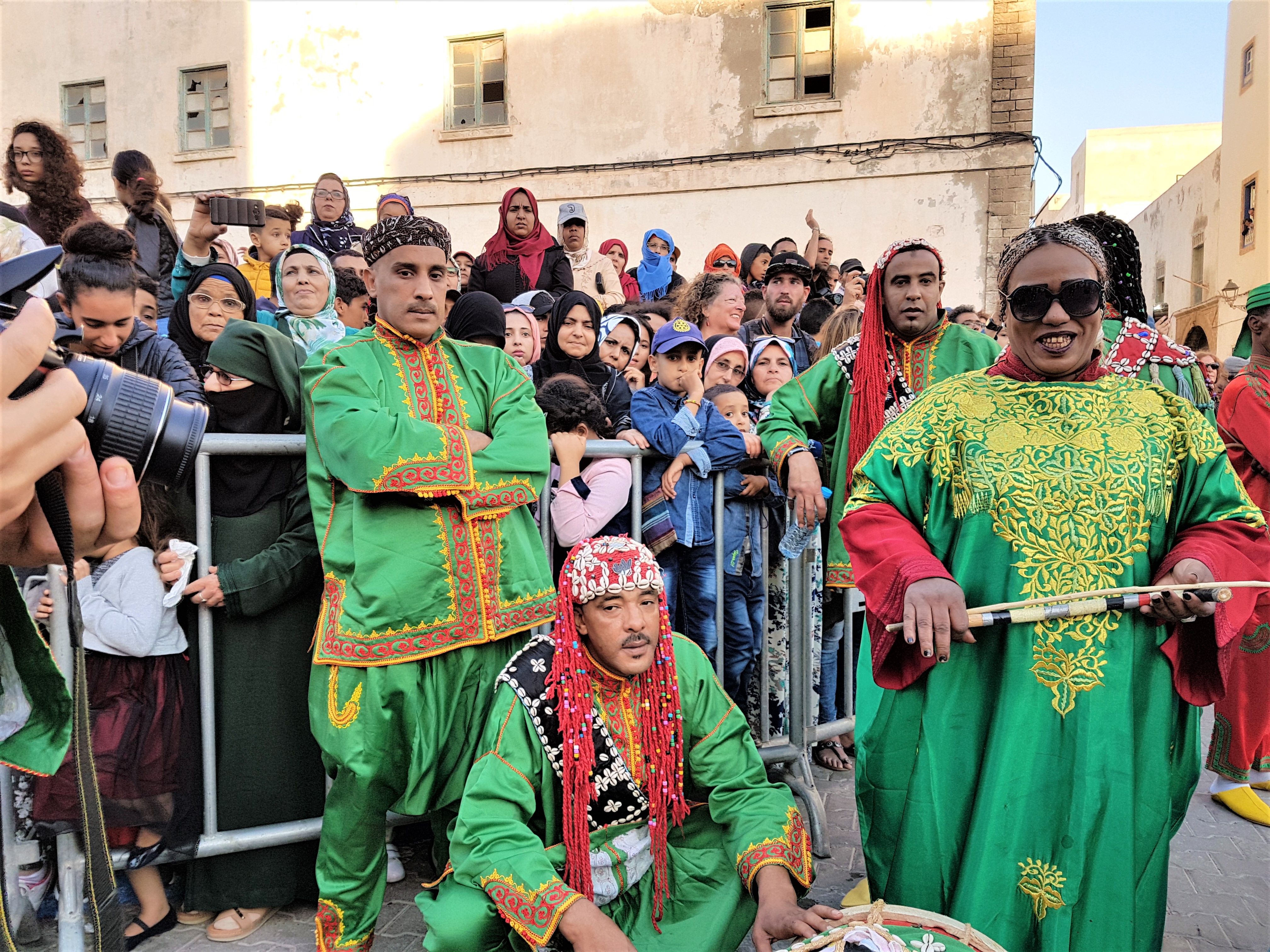 Traditional tribal trance and spiritual chantings: Welcome to the world of Gnaoua music

This year’s Gnaoua and World Music Festival attracted thousands of festivalgoers, locals as internationals, for three days of celebrating music, dance and love. The Turban Times was invited to attend the 20th anniversary of the music festival in the windy beach city of Essaouira, Morocco from June 29th to July 1st 2017.

The streets of the little coastal city of Essaouira are full of children playing, youngsters jamming in smaller groups singing and elders wandering around enjoying the vibrant atmosphere and the sounds of drums and the metallic castanets.

The city of Essaouira is on the UNESCO World Heritage List  due to its historical role as a tradingport and its contemporary European military architecture placed in a North African context. Five different music stages are set up in the city, fairly easy to access as pedestrians due to its infrastructure. But even more interestingly, most of them being free to the public. One can purchase a pass to the festival, which gives closer access to the scene with a small fence around the area.

Two girls are dancing with their eyes closed and their arms in the air. One of them, a local 17-year-old girl named Bouchra, finds it hard to put words on, what it is about Gnaoua music that attracts her. “I can’t really explain it. I just love it. It makes not just my body dance but also my soul”, she says.

Bouchra tells that she has attended the festival with her parents and younger siblings for some years now, but this time, she is partying with her friends. And that is exactly the charm about the Gnaoua and World Music Festival; everyone from every age are welcome.

In its very own inclusive way, the festival have placed the scenes in a manner that gives everyone the opportunity to enjoy the festivas without feeling the gap between the payers and non-payers. Common to all is a tremendous joyous and contagious feeling of vibing on the same frequence – collectively.

“It’s my seventh year in a row that I join the festival and it’s like it gets bigger and better each time. And alot of foreigners actually like it as well. They like our cooking and now our music style“, says the 28-year-old Redouan, as he and his two friends laugh out loud.

The three young men reside in the city of Agadir around 180 km from Essaouira. As many of the other younger festivalgoers they have hitchhiked their way to Essaouira, and none of them have bought a pass. “The good things in life are free, you know?”,  states the 26-year-old Zaki, with a blink in his eye. The three young men slowly disappear in the crowd trying to get a good spot minutes before the opening parade through the city begins.

Honoring the Ancestral Spirits through music

What is Gnaoua music, you might ask yourself? Well, there is a common belief that the Gnaoua of Morocco were black slaves originating from West Africa; from Mali to Nigeria to Senegal and Chad. The Gnaoua are traditionally viewed as a mystic order combining their spiritual ancestral background and their enslavement while later integrating it with Islam.

Even though they had welcomed Islam, their tribal traditions, deeply rooted in spiritual rituals, did not vanish. The lyrics that the Gnaoua Maâlems [the group’s master] chants, always has a poetic deeper meaning to it, paying deep respect to the sky, the sun, the forrest, the sea and the people, whom have left this earth. The Gnaoua, who were either brought or migrated to Morocco. kept a strong hold on their dances and songs as a means of preserving their history and identity.

Anno 2017 Gnaoua music’s popularity is booming, attracting both the older and younger Moroccan generations alongside with a larger international attention. Some of the Gnaoua artists have performed in renowned music festivals alongside musicians such as Carlos Santana and Carlinhos Brown – the latter actually performing at the opening night at this year’s festival in Essaouira.

The Gnaoua music, traditional or fusion (combined with jazz, blues, hiphop or other genres), has an almost hypnotising effect on whoever is listening. The instruments and the chanting plays in a loop being broken down into intervals of higher tempo, almost as if it is trying to make a replica of the human heart beating – the faster the beat the more it seems that the audience goes into a euphoric trance.

“I was Gnaoua before I was born, it runs in my blood”

Backstage behind the big scene placed at the foot of the beach of Essaouira, we met Maâlem Hassan Boussou, 42. He resides in Casablanca, Morocco and have been a Gnaoua Maâlem for decades. As a Maâlem, he praises his role as the guiding teacher to the rest of the group members, with specific emphasis on nurturing the ancient traditions of the role of a Maâlem.

“Look. Nowadays Gnaoua music is getting popular and the respected position of a Maâlem is slowly vanishing generation to generation. A Maâlem used to have a grand status as the community healer. A healer of illnesses and a hunter of bad spirits.”

Maâlem Hassan Boussou finds it as his mission to keep the original status intact.

Another Gnaoua master, Maâlem Mokhtar Guinea, 48, from Essaouira, has embraced the popularity, which has also led to several collaborations with international musicians playing in big venues worldwide.

Maâlem Mokhtar believes that rise in popularity is an invitation to people to learn more about the Gnaoua culture.

“Actually, a lot of young Moroccans sing along to our ancient songs, without knowing what the true meaning of the words. ‘Samawi’, for instance, means ‘the Sky’. The history and the culture needs more explanation the more popularity it gets. I have a plan on working on an encyclopedia about the meaning behind the Gnaoua wordings and the history about our culture.”

Maâlem Mokhtar is respected by many, which is evident in the way people address him in the tent were we meet him. Despite the stardust that surrounds him, his character is down to earth, which he explains is one of the key element essential to the Gnaoua lifestyle. He is happy to see that Gnaoua music is getting more attention abroad, but as he puts it:

His phone is ringing but he casually keeps talking, ignoring the calls. He doesn’t seem to be bothered by it, and says one needs to be present in the now – another value he highlights about the Gnaoua culture. One thing is sure evident about the ambiance in the festival as a whole: the artists as much as the festivalgoers are truly embracing the now through the music and their dancing, deeply embedded in a mutual respect and acknowledgement of the history and culture of the Gnaoua lifestyle. An experience The Turban Times can highly recommend.

To read more about the The Gnaoua & World Music Festival visit the festival website here.

*The trip was part of an invitation from Embassy of the Kingdom of Morocco in Denmark.