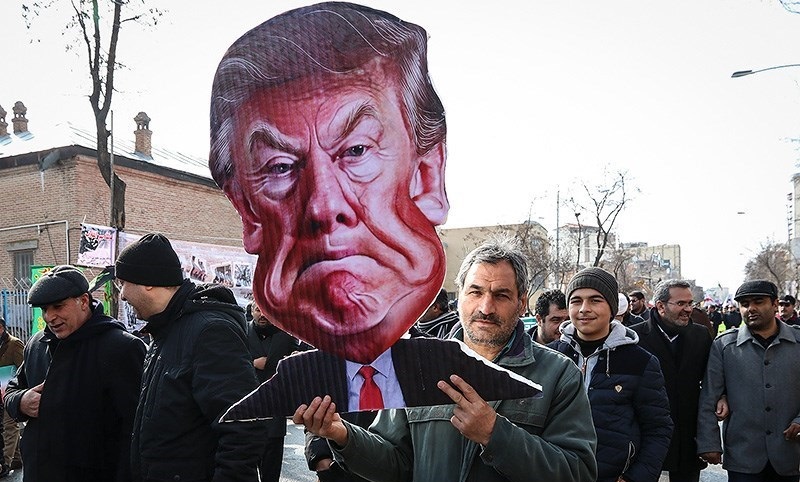 It was we Americans that broke the deal, not Iran

Alex Shams is an Iranian-American writer and a PhD student of Anthropology at the University of Chicago. He was previously based in Bethlehem, Palestine, where he worked for Ma’an News Agency, the largest independent Palestinian news agency.

The US signed a historic nuclear agreement with Iran in 2015 in conjunction with Britain, France, Germany, Russia, and China that created a framework for peace and avoided war.

Today, Trump announced that he is aiming to pull out of the agreement – even though Iran has fulfilled its end of the bargain, which he has readily admitted.

Trump has also announced new sanctions on Iran, which means the US is now breaking the deal by punishing Iran – even when it has held up its end of the bargain.

In Iran, back in 2015, hardliners opposed the deal, calling Rouhani a naive idiot for trusting the United States. They said the US was the most deceptive power on Earth, with a long track record of overthrowing governments (including Iraq and Afghanistan, on either side of Iran!) and breaking promises.

Trump has proven them right. The word of the United States and the treaties it signs have been proven rubbish.

Imagine the reverse: if Iran tore up the deal because it said Americans have elected a pro-Saudi lunatic.

But Iran didn’t do that. In June 2017, they re-elected Rouhani, a man whose platform was based on reform and engagement with the rest of the world. They waited, patiently, hoping that Americans would wake up and see that Trump was a nightmare for world stability.

It was we Americans that broke the deal. It was the United States that elected a president with no respect for his word or for the agreements his country has signed.

Israel and Saudi Arabia have congratulated Trump. European leaders, the UK, the International Atomic Energy Agency, Iran, and many others have already condemned any move to break the deal apart.

Israel and Saudi Arabia – these are the countries the US now follows in its foreign policy.

Two years ago, thousands of Iranians took to the streets to celebrate the signing of the nuclear agreement with the United States. They were overjoyed that with the nuclear deal in place – peace with the US was at last within reach.

Tonight, #NeverTrustUSA is trending in Iran.

The views expressed in this opinion are the writer’s only and do not represent those of The Turban Times.

Take a virtual tour through Jordan with our blogger Camilla Toftlund!