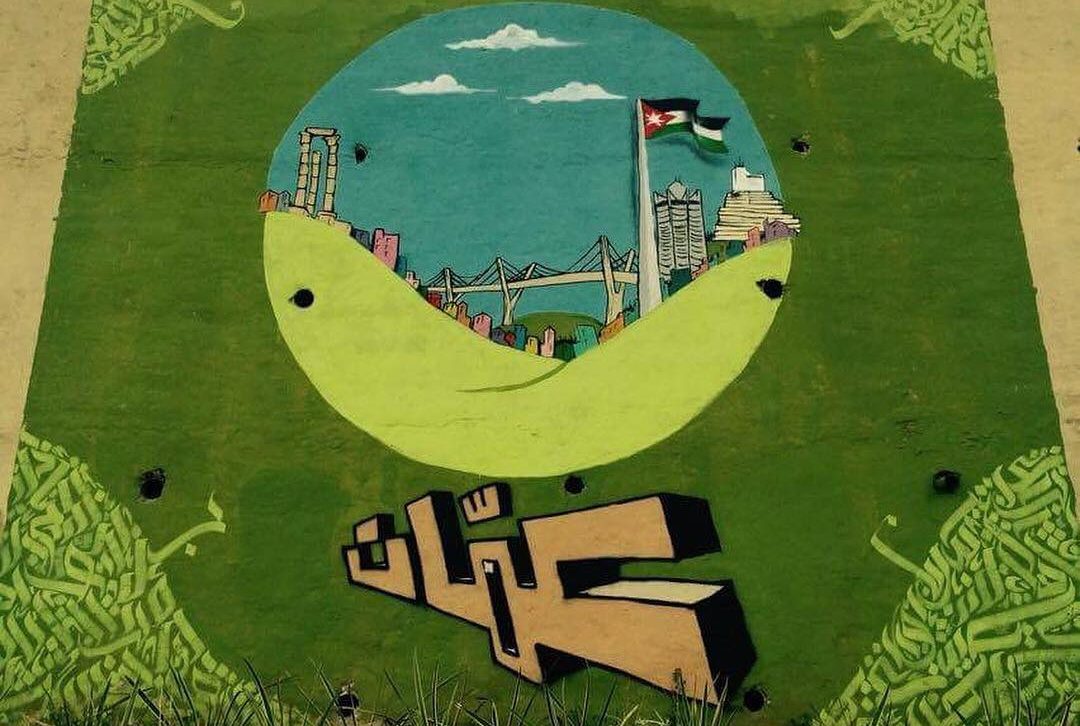 Good morning from Amman! My name is Camilla Toftlund, Jordan blogger for The Turban Times. I’m based in the Jordanian capital Amman and for the coming week, I’ll be taking you on a tour around Jordan, showing you the country that I’ve called home since 2013.

Al-Mahatta is one of Amman’s many busy bus stations. Shared taxis and busses leave for different locations in Jordan. Today I am taking the bus to Mafraq in northern Jordan. Approximately 160,000 Syrians have taken refuge in the very dry and desert like Mafraq Governorate.

In Jordan, coffee is a big deal and a crucial part of every gathering. Different types of coffee are served in different ways. Most common is the Turkish Coffee infused with cardamom. It is boiled on a gas stove or sometimes even on hot sand. Some people add sugar and some prefer it ‘sada’ – without sugar. However, it is always served in small coffee cups. The Bedouin population who live in the southern parts of Jordan even have their own roasting and grinding rituals – coffee in Jordan is a serious business!

The King Abdullah I mosque located in al-Abdali, Amman is with its blue dome an iconic sight. The blue dome and the colored windows have recently been renovated. It is surrounded by a big court yard with a smaller section reserved for women. 3,000 people are able to offer their prayers inside the mosque. During Ramadan, the adhaan calls for the sunset prayer live from the King Abdullah mosque. It is also open for visitors, unlike many other mosques in Amman that are only open during prayer times. In the background of the picture you see one of two churches that are situated right opposite the mosque. Within a few hundred meters Christians and Muslims peacefully pass by each other as they go to their respective places to pray.

Many don’t know that about 70% of Jordan’s population are Palestinian or of Palestinian descent. Many of them still reside in what was set up to be emergency camps in 1948 and 1967. 10 official camps run by UNRWA are scattered around the Jordanian kingdom. Living conditions in the camps are usually not very good. Gaza Camp in Jerash, about 50 km from Amman, is home to about 30,000 Palestinians. Most of them came to Jordan after the war in 1967 and are not eligible for Jordanian citizenship. Many of the camp residents have no ID or national ID number and their opportunities outside of the camp are few. Almost 53% of the residents in Gaza Camp live below the Jordanian national poverty line. As seen in the pictures, roofs are usually made out of zinc and asbestos sheets which can cause diseases such as cancer.

The Dead Sea is the lowest point on earth; about 400 m below sea level. The high salt level makes floating easy and its mineral filled mud is used for therapeutic treatments. Israel has long been famous for the Dead Sea but it is in fact bordered by Jordan, the West Bank and Israel. When living in Amman, a trip to the sea is a longer journey, so many people head down to the Dead Sea to get the holiday vibe.

Street art in Amman has become more and more popular the last couple of years. Many of the murals have a message, tell a story or is touching on relevant issues, while others are simply just art. A number of artists are decorating the city with their signature styles and it is fun to discover new pieces by the same artist. These are only a few of the graffiti pieces that enhance the beauty of Amman.

Sugar cane juice is a popular drink in Jordan and several juice stands in Downtown Amman sell it.

And the best hummus in Amman is served in Hashem restaurant in Downtown. The food is great and really cheap and even King Abdullah comes here to eat. Enjoy!

Watching the sun go down in Wadi Rum desert in southern Jordan is a once in a lifetime experience. Bedouins have set up camps for people to stay in and you can tour the desert around on camel, horse or a jeep. A tour in the desert is a must for many tourists. Millions and millions of stars are visible at night in Wadi Rum and it is a truly amazing experience to stay overnight.

In December 2016 a series of shootings took place in Karak. The attackers seeked shelter in Karak Castle where also tourists were visiting. A hostage situation took place and several people were killed including the attackers. The inhabitants of Karak together with the rest of the Jordanian population strongly condemned the attack which ISIS claimed responsibility for. Luckily, these types of attacks are rare in Jordan but the police is still heavily present in and around the castle.

The Roman Amphitheater in downtown Amman dates back to the 2nd century. When the Circassians arrived to Jordan (which was then part of the Ottoman Empire) in the late 1800s, many took refuge in the theater and the ruins surrounding. The theater seats 6000 people and is used as a venue for cultural activities including concerts with Jordanian and international artists. The Hashemite square in front is used for celebrations e.g. during the national Independence Day.

Amman is build on mountains and many cafés and restaurants make use of that; sipping coffee with beautiful views of the city is something that you’ll never get tired of when visiting the Jordanian capital.

Thank you for following me during this Instagram takeover! I hope you enjoyed following me around in Jordan just as much as I enjoyed sharing my pictures with you. Until next time – salam!

Our blogger Asmaa takes you on a virtual tour through the Gaza Strip.