Getting around in Kabul 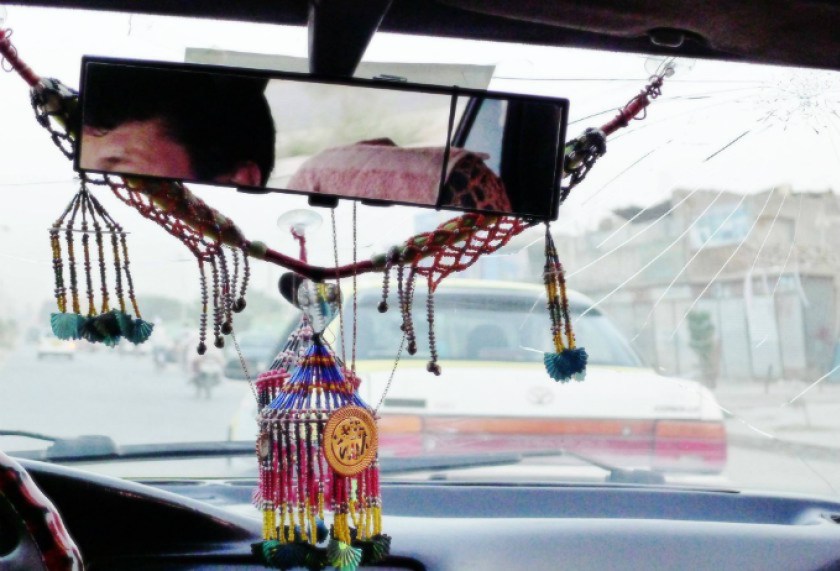 An Afghan teacher shares her reality as a woman in Kabul.

Today, I got in a taxi and the driver asked me to move on the other side of the backseat because his car’s tire pressure was low on my side. I usually sit behind the driver’s seat to minimize him watching me through the mirror and other kinds of harassment. From this seat, I can keep an eye on where his hands are and what he is doing. It gives me a small sense of control. Despite my anxiety about harassment, I abided.

The driver had set his mirror to show the chest of the passenger in the back seat. This can be extremely uncomfortable while moving through Kabul’s bumpy streets. I asked him if he could fix his mirror. He closed the window. Perhaps he was pretending to not know what I was asking for, or he genuinely thought I was cold. I noticed he wasn’t driving normally and wasn’t looking for a mechanic to fix the tire he claimed was out of air. I reminded him that the first thing he should do is fix the air pressure in the tire or it will puncture itself. He made an excuse that he will do it eventually. It was so uncomfortable to sit there. I thought about asking him to change the mirror again or get out of the car. Usually, I would also explain myself and make it clear why I am asking him to change the mirror. I’d say explicitly that the way he has positioned his mirrors are very uncomfortable. However, I felt too tired for an argument. I placed my bag in front of my chest and took a picture of the situation. 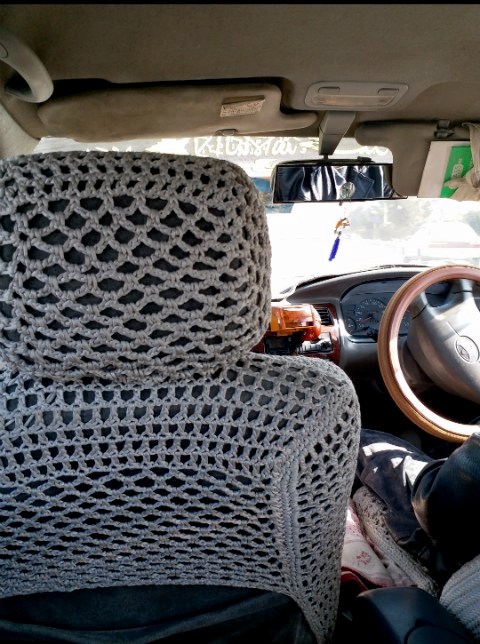 For women in Kabul, leaving the house comes with never-ending anxiety. If we choose to walk, men standing around or passing by in their cars catcall every few minutes. If we take a taxi, we have to examine the drivers and pass on several taxis until we find a driver that we feel won’t harass us. I took three taxi rides today and had to ask two of them to change their mirrors because they stared at me. Many drivers set their mirrors to watch the women’s lips – how creepy is that, by the way – or make unnecessary conversation. They often ask personal questions. Where are you coming from? What do you do? Are you married? Why not?

In addition to accusatory and invasive questions, some taxi drivers play religious sermon cassettes. So far, each and every one I have heard have been about women’s clothes and appearance and our activities. The angry and belittling messages of this sermon are not played coincidentally. They are meant to “educate” female passengers like myself; a punishment for daring to be outside alone.

During one taxi ride, the sermon was about how women should not leave the vicinity of their homes, they shouldn’t walk on streets, and ride bicycles. The preacher went to say that “true Muslim women” are like diamonds and by coming outside the house and walking or riding bicycles, they lower their value to that of street pebbles. He argued that nobody values and puts a street pebble on a ring as a jewel. I just held on through this taxi ride. When I reached my destination, I got off the taxi and as I was handing the cab ride fee to the driver, I gathered all the energy I could muster and politely told him that women are not diamonds or pebbles – we are living, breathing humans and we do not wish to be used as ring jewels or anything else.

I don’t feel safe in taxis. I can’t get used to the catcalls. Buses are overcrowded and prime location for groping. If you are not wealthy and don’t own a car, there is no safe transportation for you in Kabul. The harassment occurs regardless what you wear or who you are with.

I still choose to leave home every day to go to work and to occupy space on the streets. When I leave home, I am not just worried about a bomb going off, I am also hit by psychological mines at every step. When they don’t touch, stalk, or catcall, they stare. I feel like stopping and telling them that I do not exist for their eyes. I did not leave home for them to count every step of mine. I want to tell them to do something better with their time. More than anything, I want them to walk in my shoes. I want them to feel how they make me feel.

This can’t go on. We need to make Kabul’s streets safe for women. We need to make taxi rides and walking on streets less stressful. One way to do that is to begin sharing stories and raise awareness about the stress and anxiety caused by simply existing in public. Many say that not all men harass. That may be true, but not harassing women is not enough. I want good men to stop being bystanders and actively challenge their peers. I want them to make their friends aware of the toxicity they are spreading on the streets and the nightmare they have created for women.

Rohina Sediqui is a primary school teacher in Kabul and a dedicated member of Free Women Writers.

This entry by Rohina originally appeared on Free Women Writers.